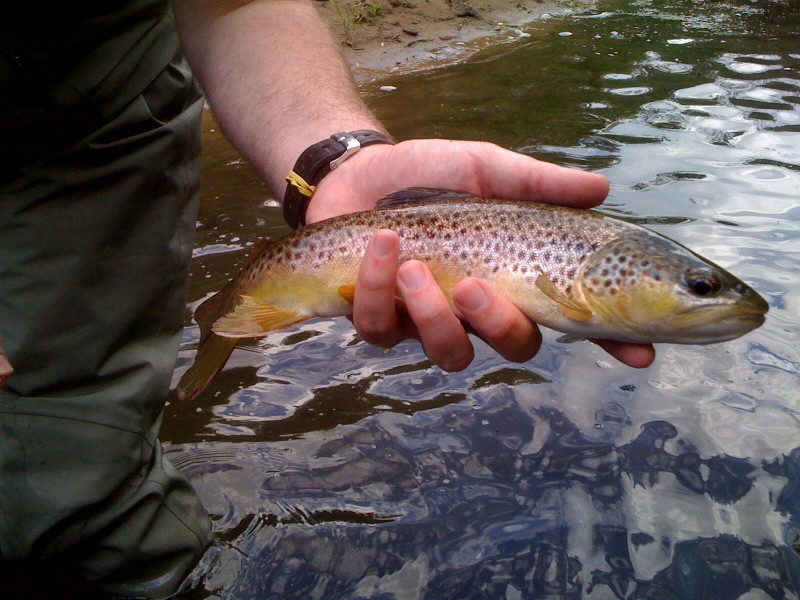 Trout fishing enthusiasts in Minnesota and Wisconsin are getting into the debate over frac sand mining.

Minnesota Trout Unlimited is not against all frac sand mining - just when it could impact the cold waters that sustain its favorite fish. A position paper from the group has recommendations for lawmakers including restricting sand mining below the water table, prohibiting on-site washing of sand, and stopping the use of millions of gallons of groundwater for sand processing.

Executive director John Lenczewski says they are worried about the industry taking too much water.

"We are basically concerned with both lowering the levels of aquifers or water tables but also then disrupting the flow patterns. What we're concerned about is somewhat permanent landscape changes."

Lenczewski says they are also worried about mud and silt from sand processing sites leaking into trout streams and ruining habitat.

The Wisconsin Chapter of Trout Unlimited has not made any official statements on frac sand mining but has worked behind the scenes. Duke Welter, who represents Trout Unlimited in Wisconsin and the Midwest, says they are participating in a Chippewa County study on sand mining's effects on groundwater and trout stream levels.

He says they have also suggested a state run study of the industry's environmental impacts.

"So far I haven't heard [a] positive response from most of the legislators that I've talked to because they think that existing tools are just fine, or they think it's not important enough to try and put that effort together."