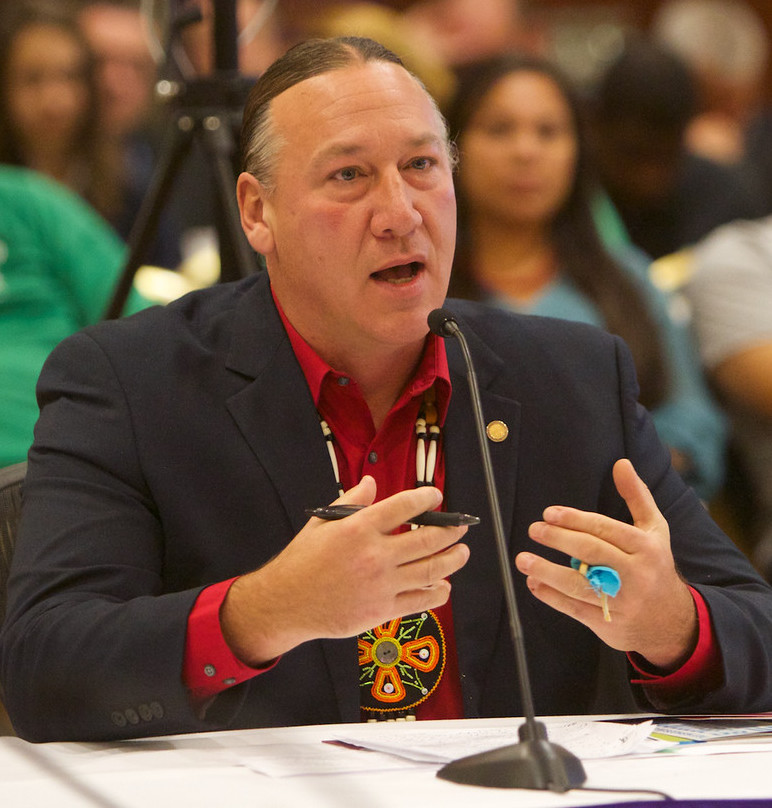 Tribes Want Seat At The Table On CWD Management

GLIFWC: Tribes Have Been Pushing For Tighter CWD Controls
By Danielle Kaeding
Share:

Representatives of the Great Lakes Indian Fish and Wildlife Commission (GLIFWC) say they’ve been pushing for tighter controls for years to prevent the spread of chronic wasting disease. The commission represents the treaty rights of 11 Ojibwe tribes to hunt, fish and gather in Michigan, Minnesota and Wisconsin.

As early as 2004, the commission sought to prevent the spread of CWD-infected deer carcasses to unaffected areas and the transfer of animals on or off game farms in discussions with the Legislature’s Special Committee on State-Tribal Relations.

"To me, the data’s shown that the deer farms and the moving of these deer have had a real impact on the spread of this disease," he said.

Earlier this month, Gov. Scott Walker issued a three-part plan to control its spread by requiring double-fencing of deer farms, banning movement of live deer from CWD-positive farms, and banning the movement of deer carcasses from CWD-affected counties. Isham said tribes should have a voice in the process.

In a July 11 letter last year, former GLIFWC administrator Jim Zorn said the Voigt Intertribal Task Force wanted to see "greater effort" from the state to coordinate with tribes on CWD management within reservation lands and ceded territories. The task force recommends policy on behalf of tribes and was created after the Voigt Decision, a 1983 federal court ruling that upheld tribes’ treaty rights to hunt, fish and gather in ceded territories.

Zorn also requested the DNR and DATCP update a memorandum of understanding to clarify the agencies’ roles related to oversight of deer farms.

"Inconsistencies in regards to each agency’s role has led to confusion and/or inaction over what each agency can do and how they can go about enforcing regulations or proposing new regulations to adapt to changing information associated with CWD," wrote Zorn.

DNR officials have requested permission to hold a public hearing on Walker’s CWD plan. Deer farmers have said Walker’s plan could place taxpayers on the hook and put them out of business.