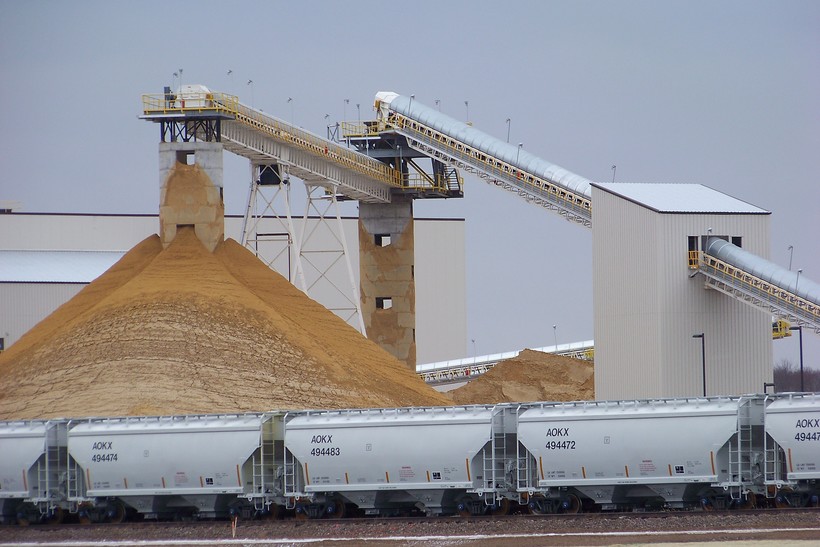 Hi-Crush: 35-40 Workers Laid Off For Foreseeable Future Due To Decreased Profitability
By Rich Kremer
Share:

A frac sand mine in Trempealeau County is shutting down operations resulting in between 35 and 40 layoffs. The company says the closure is due to "decreased profitability" and expects the layoffs to last through the end of the year.

Hi-Crush Proppants notified the Wisconsin Department of Workforce Development on Aug. 6 it would be halting production at its mining and processing operations in the city of Whitehall. A letter from the company says "the layoff is necessitated by unforeseeable business circumstances associated with decreased profitability in shipping sand from the Company’s CN (railway) plants and the (company's) responsibilities to its shareholders to operate cost effectively."

In a letter sent to employees, the company said it doesn’t anticipate a change in market conditions any time soon and the layoffs are expected to last at least through 2019. Hi-Crush said employees are welcome to explore job openings at its other mines in Wisconsin and Texas.

In an email to WPR, Hi-Crush spokesman Steve Bell said the company's mines in Blair and Wyeville are fully operational.

"At our Whitehall facility, we anticipate significantly reducing the hours of operation while continuing to meet our customers’ needs through the winter, lowering our overall cost profile and fully utilizing other assets," wrote Bell. "In this environment, it becomes an even greater imperative to be efficient and provide the services our customers need."

Analyst Ryan Hassler with Rystad Energy, which researchers the industries involved in drilling for oil and natural gas, told WPR that an oversupply of sand from mines in the Midwest and Texas has driven down prices forcing some companies to shutter mines.

"We do see about 30 million tons have come off the market in northern white sand," said Hassler, referring to the variety of sand produced in Wisconsin. "What that’s actually done, though, is help firm up the market a little bit. So, there’s been some stability now recently in the pricing of northern white sand and that’s come primarily from these idlings."

"What we found out is that the median cost of production is somewhere around that $23 or $24 per ton," said Jacob. "So, as prices go below that then the inefficient mines shut down. They just can’t compete unless they lower cost."

But Jacob said that while the price of Wisconsin sand is relatively low, there is still demand for it. He said drilling operations in Colorado, North Dakota, the East Coast and some parts of Texas are still buying Wisconsin sand due to its ability to withstand higher pressures than sand produced in other parts of the nation.