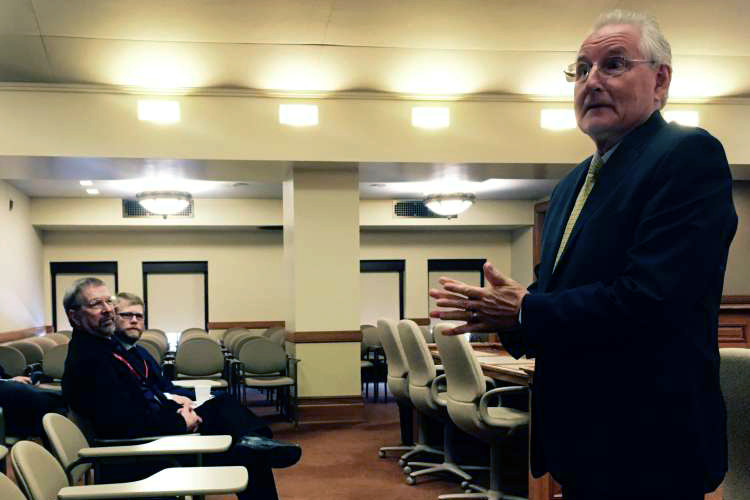 Ross said he and Department of Workforce Development Secretary Ray Allen have been tasked by Gov. Scott Walker to develop a plan to transport workers in Milwaukee to the Racine and Kenosha area.

"Our goal in coming up with that plan is so we can roll that very same plan throughout the rest of the state," said Ross. "What we need to do is make some really wise investments to move people to training and to work."

Ross said they’re partnering with nonprofit groups that can transport people across county lines as they develop a plan in that transit corridor.

"A lot of times we had a challenge where the affected area is so small where they can’t move folks from one county to the next," he said.

A Wisconsin DOT spokeswoman did not comment on whether the pilot programs would be targeted to meet workforce needs for Taiwanese manufacturer Foxconn. The state is offering a $3 billion incentive package for the company's plans to build a liquid crystal display plant in the Village of Mount Pleasant not far from Racine and Kenosha.

"There are multiple tiers of dialogue occurring to address this issue regarding transportation and it underscores the importance of this issue to ensure that we are meeting the region's workforce need," said state DOT Public Affairs Director Becky Kikkert in an email. "Plans will be announced at a future time, after details are finalized."

The mention of transit pilot programs for southeastern Wisconsin came in response to a request from northern Wisconsin leaders for expanded transportation options.

Superior Mayor Jim Paine and city officials want the DOT to fund a pilot program to pay for expanded bus routes between Superior and Duluth. Ross formerly served as Superior’s mayor prior to being tapped by Walker for secretary of the Department of Safety and Professional Services in 2011. Paine said some of the city’s manufacturers have lost workers from Duluth who struggled to get to and from work by bus. He said northern Wisconsin could use funding for transit to address workforce needs.

"To try a couple more direct, express routes between Superior and Duluth to tap into that workforce because we know they’re there," he said. "We know that they would be over applying for jobs ... We just can’t get them there."

Superior generated around 9 percent of revenues needed to sustain bussing in the city, according to a 2014 report from the DOT. The remaining 91 percent came from local, state and federal sources. Bus service cost more than $1.4 million with 159,516 trips in 2014. Ross said Superior currently has the lowest fare box collection in the state among transit providers.

"It was challenging for me as mayor," he said. "That number was embarrassing to come down and talk about mass transit. They used to say to me, 'You get your numbers to 30 or 35 percent.' That’s a challenge."

"Unfortunately, a lot of our studies of ridership are studying people that are on the bus now not the people who could be potentially riding the bus," Paine said. "We need to be better at finding out who could benefit from public transportation in their neighborhood."