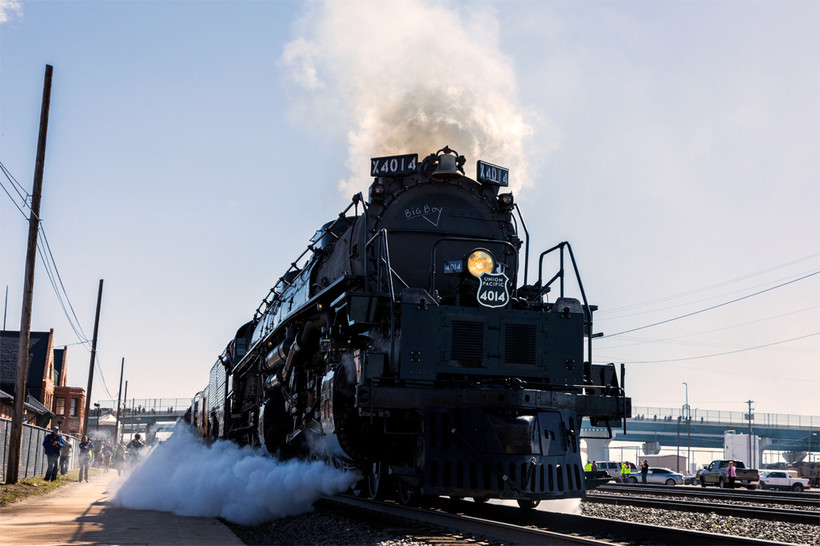 Visit Is Part Of A Tour To Celebrate The 150th Anniversary Of The Transcontinental Railroad's Completion
By Elizabeth Dohms
Share:

A historic locomotive that's more than half the length of a Boeing 747 jet will make a stop in Altoona, near Eau Claire, during its tour of Midwestern states to celebrate Union Pacific's 150th anniversary of the transcontinental railroad's completion.

On Tuesday, July 23, the Big Boy steam locomotive No. 4014 — the only working engine of its class in the world — will spend several hours in Altoona between stops in Duluth, Minnesota and West Chicago. The train arrives in Altoona at 1 p.m. and departs at 8 a.m. Wednesday, July 24.

Although attendees won't be able to walk through the inside of the train, they'll be able to tour an exhibition from 2 p.m. to 5 p.m. inside of a converted baggage car. "Experience the Union Pacific Rail Car" will have sound, images and interactives through which participants can learn about the nation's rail history.

"One of the things the transcontinental railroad did was create communities along its route — many of which still exist today," said Kristen South, Union Pacific's director of media relations. "The tour is our way of celebrating the anniversary and the communities that are forever linked."

Staff in Altoona — a city of about 7,700 whose school mascot is the Railroaders — have been taking calls, emails and Facebook messages from all over the state and beyond from people interested in seeing the locomotive. The first of its kind delivered in 1941, the Big Boys numbered 25 and were built for steep travel between Cheyenne, Wyoming and Ogden, Utah.

"We're really excited to have the Big Boy in town," said Roy Atkinson, management analyst for the city. "It highlights the railroad heritage and we believe it will be a fun event that will incorporate folks of all kinds." 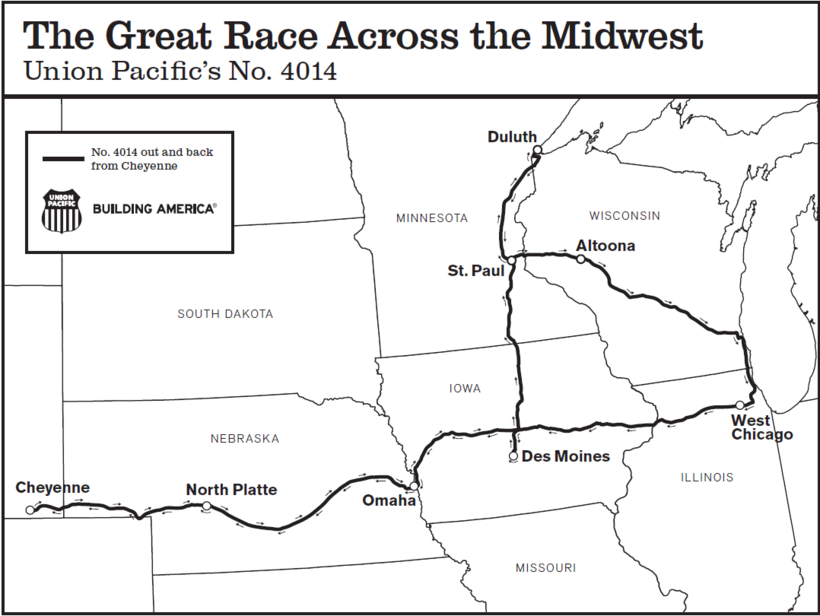 Paul Almquist, vice president of the West Wisconsin Railroad Club, said his group will have members with cameras at a variety of locations to capture the train as it heads to Altoona. Those pictures will then be posted on the club's website.

"To see one live on the tracks will be quite an experience for anyone," he said.

When the engine is stationary, visitors can get right up to the locomotive, but will be asked not to climb on it. When the train is in motion, people should stand at least 25 feet from the tracks to avoid debris and steam and being hit by the train, South said.

Union Pacific got 4014 from a museum in California to restore it for the celebration tour. This one was chosen specifically because its boiler was in the best condition out of the eight remaining Big Boys, South said.