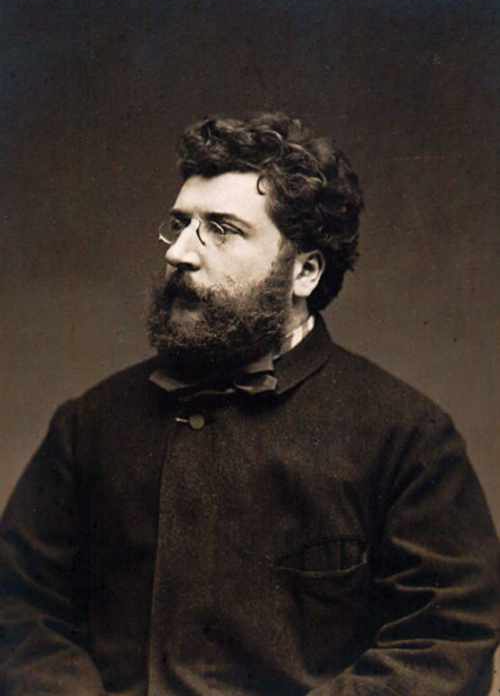 Too Much to Hope For

In 1875 audiences at the Opéra-Comique in Paris were among the most conservative in Europe, and so it was probably too much to hope that they would take kindly to the novel production they were seeing and hearing on the night of March 3.

The day had begun auspiciously for composer Georges Bizet. The Journal Official announced that he had been appointed chevalier of the Legion of Honor. Then some wag started the rumor that the authorities had awarded the honor in the morning because they wouldn’t have the nerve to bestow it after that night’s debut of Bizet’s scandalous opera Carmen, the sordid story of a seductive cigarette factory worker.

The librettist, Ludovic Halévy, found the music a little different, but he came to believe that the opera would succeed, and his confidence was borne out during the first act, which the audience applauded with enough enthusiasm to bring some of the singers back out for additional bows. During intermission people crowded onto the stage to congratulate Bizet.

Unfortunately, though, the second act didn’t fare so well. After the entry of the Toreadors, as the realistic opera deviated from the customary format, the enthusiasm chilled, and at the end of the second act, not so many people rushed forward to congratulate the composer. Those who did seemed less sincere in their compliments. In the third act only one aria received applause. And Halévy described the reaction to the final act as “glacial from beginning to end.”

When the curtain came down, he said, only three or four sad-looking friends clustered around the composer, offering reassurance.

The unkindest cut might have been the reaction of Bizet’s teacher, Charles Gounod, who showered Bizet with praise after the first act, but said in Act III, “That melody is mine! Georges has robbed me. Take the Spanish airs out of the score, and mine, and all that remains to Bizet’s credit is the sauce that masks the fish.”