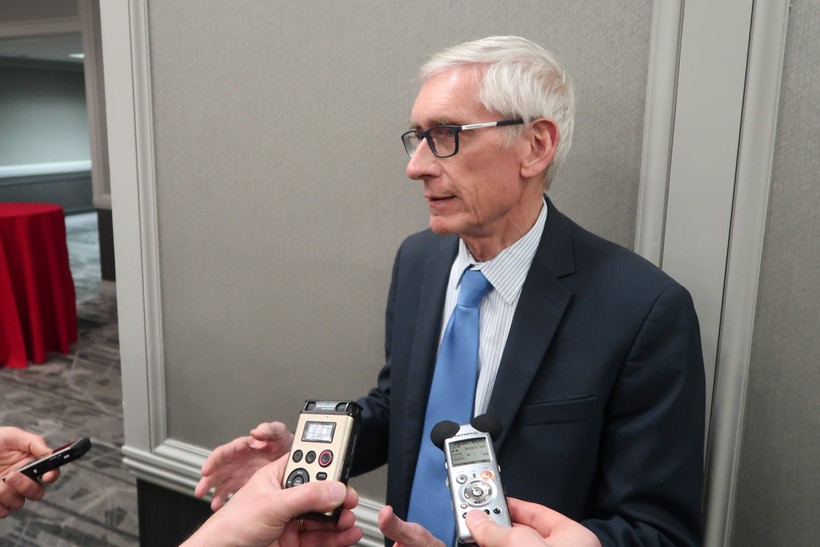 'I Think We Should Look At Something Different' Evers Says Of 1st-In-The-Nation Nominating Contest
By Shawn Johnson
Share:

While Iowa faced national scrutiny for its vote-counting debacle Monday night, Evers' criticism focused on the caucus system itself, where people cast their votes in public, often after heated debates with supporters of other candidates.

"There's a bit of voter suppression going on," Evers told reporters in Madison. "I mean what family, if you've got a bunch of kids, is going to say, 'I'm going to go for four hours down the street here and spend my time walking around and talking about what candidate is good?'"

Evers said people would be better served by a more traditional election, where people cast ballots privately in a voting booth.

"I'm just hoping that the Democratic Party looks at this in a serious way," Evers said. "Is this a good way to give people a chance to vote? You're cutting out a whole bunch of people that would vote if they could just go and vote."

Wisconsin's presidential primary on April 7 will be substantially different from Iowa's caucuses in terms of logistics.

While the Iowa caucuses are run by political parties and voters interact, Wisconsin's primary is run by local government clerks and overseen by the statewide Wisconsin Elections Commission, a state government agency.

Asked Tuesday if Iowa "should go first every time," Evers said it should not.

"I think we should look at something different," Evers said.