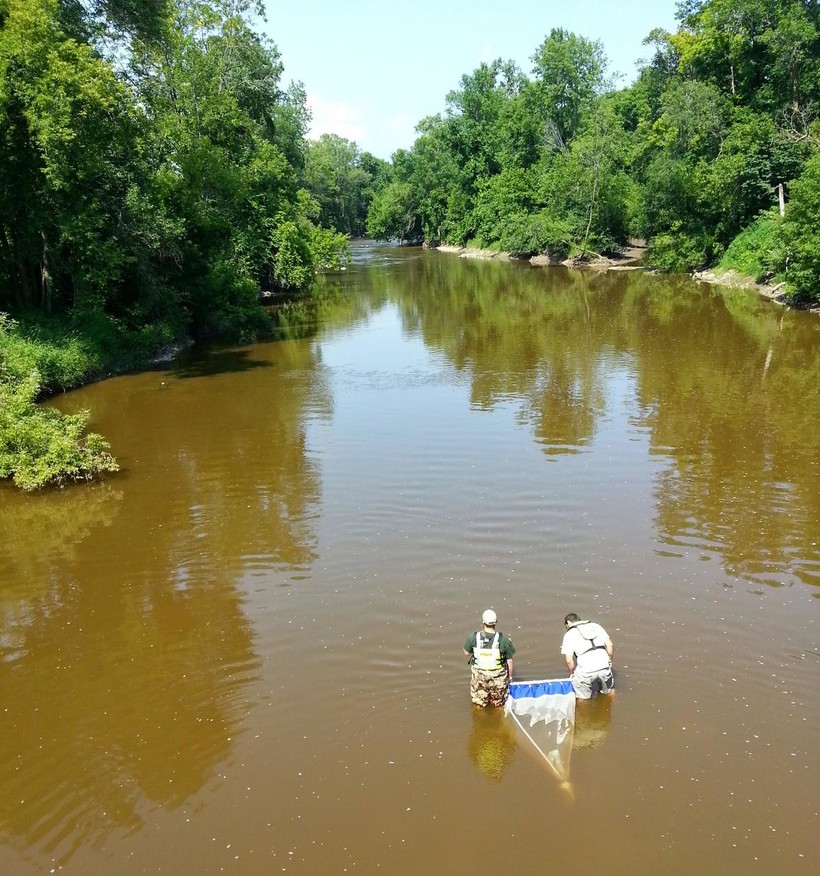 Tiny Pieces Of Plastic Found In Many Great Lakes Tributaries

Scientists say tiny pieces of plastic are widespread in many rivers that flow into the Great Lakes.

U.S. Geological Survey Hydrologist Austin Baldwin, the lead author of a study published this week in the journal Environmental Science and Technology, said microplastics were found in every sample collected from the tributaries, often in much higher amounts than other researchers have detected in the lakes.

"The concentrations that we saw in the tributaries were 10 to 1,000 times higher than in the Great Lakes," Baldwin said. Microplastics, organic material and other debris in a sample from the Milwaukee River. Austin Baldwin/USGS

Baldwin said the microplastics may be coming from the washing of clothes that contain plastic, microbeads found in shampoos or decaying plastic bottles and other containers.

He said the EPA-funded study he authored did not look at how much of the plastic gets into fish and other aquatic creatures. But other scientists have found microplastics may be causing problems with fish growth and reproduction.

"These microplastics, which are harmful to animal and possibly human health, will continue to accumulate in the Great Lakes well into the future," Baldwin said in a statement. "Our findings can help water managers better understand the types and sources of microplastics in rivers, and which rivers are the most polluted with microplastics."

Plastic microbeads have recently been banned from personal care products, such as facial scrubs, soaps and toothpastes in the U.S. by a law taking effect in July. However, Baldwin said the microbeads the law will ban were the least common form of microplastic discovered in his research. Plastic fibers, which come from synthetic clothes, diapers and cigarette butts were the most common, accounting for 71 percent of the total particles detected, according to a USGS press release about the study.

"We were surprised by the small amount of plastic beads and high amount of fibers found in the samples," Baldwin said. "These unexpected findings demonstrate how studies like ours are critical to better understanding the many forms and fates of microplastics in the environment."