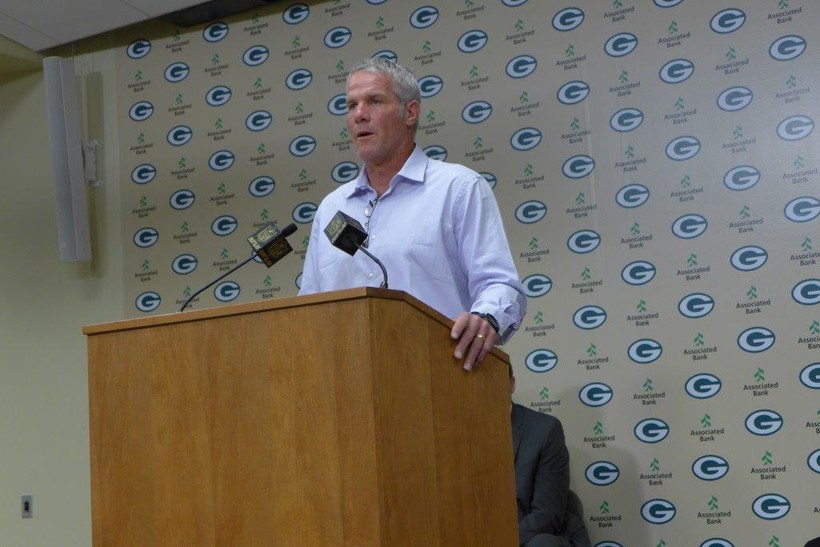 Thousands Cheer As Favre Inducted Into Packers Hall Of Fame, Has Number Retired

Green Bay Packers fans threw a homecoming for the team’s legendary longtime quarterback Brett Favre on Saturday as he was inducted into the team's Hall of Fame and had his famous No. 4 jersey retired.

This was the first time the team has inducted a player into the hall and retired his jersey at the same time.

Favre told reporters this honor was never "on his list."

"I never lost sleep over thinking about, 'Will they put me in the Hall of Fame? Will they retire my jersey?’” he said.

Favre and the Packers have mended their relationship after a messy split from Green Bay in 2008. It stemmed from the then-annual offseason drama over whether Favre would retire.  He disappointed many Packers fans when he announced his retirement that year and then ended up playing again but for two other teams.

Still, 67,000 people filled Lambeau Field to watch the ceremony on the Jumbo Tron on Saturday.

"I am more honored by that than by the Hall of Fame induction itself.  I think that is such a tribute to the fans, and that is why Green Bay is Green Bay,” he said.

Favre never missed a Packers game in his 16 years with the team.