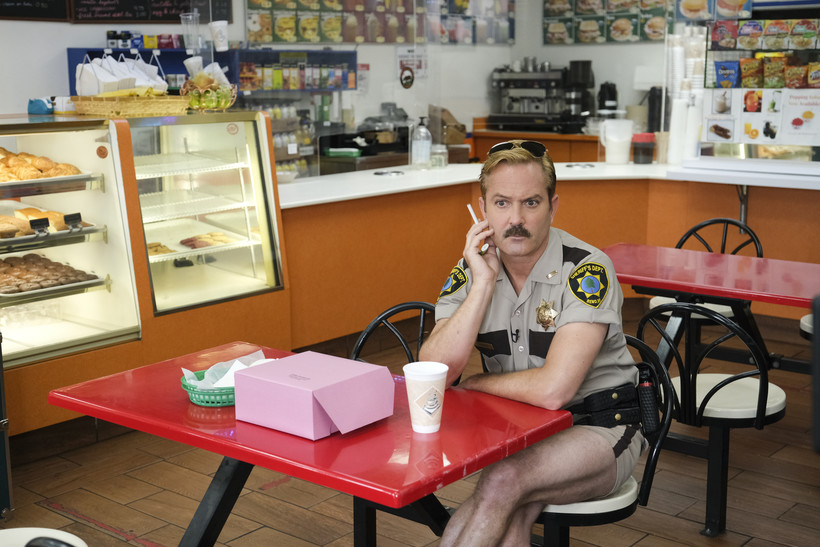 Courtesy of Paramount Plus

The actor, comedian and author talks about playing Lt. Dangle and his 'Ronan Boyle' book series
By Doug Gordon
Share:

It's been almost two decades since actor and comedian Thomas Lennon took on the role of Lt. Jim Dangle in the Comedy Central mockumentary, "Reno 911!"

Well, Dangle returned this winter, reunited with his fellow "Reno 911!" cast members for the movie, "Reno 911!: The Hunt for QAnon."

Lennon has appeared in many films and TV shows. And he’s co-written screenplays for the "Night at the Museum" movie franchise. As if that’s not enough, Lennon is the author of the middle-grade book series about a young detective named Ronan Boyle. He was also a member of the groundbreaking comedy troupe, "The State," which had a show on MTV in the early 1990s.

"In 1988, we became a comedy group with a bunch of other people at (New York University), but from that very specific group, like a really weird amount of people stayed in comedy and are still like very busy people that you'll see all the time," Lennon told WPR's "BETA."

Executives at the Paramount Plus streaming service asked Lennon and the other actors if they would like to make another "Reno 911!" movie, and they agreed.

Then, the Paramount Plus people told Lennon and his crew that they would have to use the title, "Reno 911!: The Hunt for QAnon." 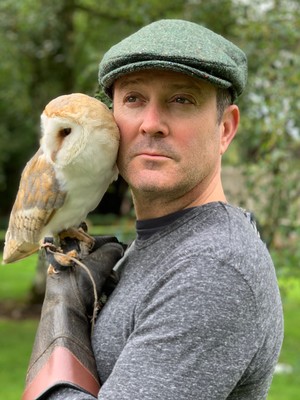 The combination of the cast and the QAnon storyline was a perfect match, Lennon said. He's pleased with ending in the movie, which reveals what QAnon is and where the crazy theories come from.

"I don't want to spoil it, obviously, but there's something about the level of incompetence of the 'Reno 911!' squad," he said. "You could put us up against the Muppets. But I think that's why it kind of works. There's something just ever so slightly cartoonishly dumb about us that pairs well with something like that."

The "Reno 911!" cast leaned in so far to the wackadoodle weirdness of QAnon that they almost fell over. And if a few cases, they did.

"We were never a bunch of badass cops," Lennon said. "If we kicked down doors, we'd get hurt, and then we just fall down through the door. And there's no one ever on the other side that we're looking for, you know? Many police officers say that we were the most accurate cop show on TV. And they weren't kidding when they said it to me."

"We always joked among ourselves that somehow "Reno 911!" appeals to tons of recreational drug users and law enforcement in equal parts," Lennon continued.

"The idea is we would go undercover presenting ourselves as followers of Q, which led to some really amazing outfits," he explained.

"So, I've got a patriotic QAnon outfit because Dangle's always been an out gay character. I've got Pride Q flags on it. It's really just wonderful. If they make a new action figure of me, the Pride QAnon 'Don't Tread on Me' Romper just ticks a lot of weird boxes for folks, I think."

And we here at BETA don't think it's a question of if they make an action figure of Dangle in his QAnon romper; it's only a question of when.

Lennon was inspired while visiting Ireland; he was in Turin Castle when someone showed him what a real Irish shillelagh looks like.

"I always pictured them as like sort of a cute little walking stick or something that would be in the Lucky Charms box," he said. "It turns out it's like a major heavy-duty weapon from when Irish people weren't allowed to carry swords."

So, this got the wheels of his brains turning, in large part because he'd always wanted to write a funny fantasy novel, along the lines of Douglas Adams' "The Hitchhiker's Guide to the Galaxy."

Lennon's books follow a 16-year-old who is recruited to serve on a special police task force in Ireland that deals with mythological Irish creatures like leprechauns, clurichauns, banshees and harpies.

"And it's been enormously fun. I was never really a super strong reader until I got to things that made me laugh out loud," he said. "And so I think my real intention with the Ronan Boyle books was to write books that young people would laugh out loud during. Like — not kind of — hopefully, you'll laugh till you scream."

Dreamworks is developing an animated film based on Lennon's books.