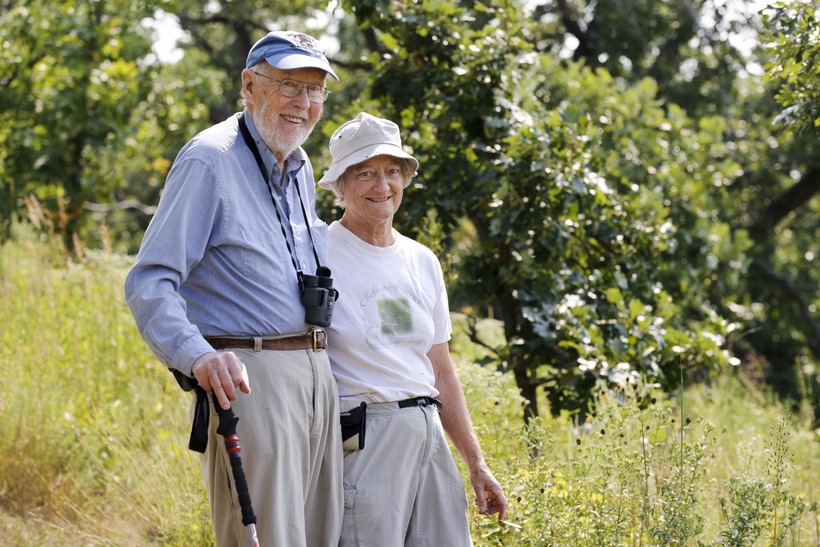 On Aug. 20. 2013, Tom and Kathie Brock enjoy the fruits of their labor: 140 acres of restored prairie, oak savannah and woodlands that they established as the Pleasant Valley Conservancy in Black Earth, Wis. Jeff Miller/UW-Madison

Microbiologist's Discovery In The 1960s Led To The Tools That Help Test For COVID-19
By Elizabeth Dohms-Harter
Share:

When Hudson Freeze speaks about Thomas Brock, he uses a lot of hyperbole.

"He was very strong, tall — 6'4" — and he had strides that would embarrass an Olympian," Freeze said about his former microbiology professor who invited him in the 1960s on a trip to Yellowstone National Park to study microbes in hot springs. The discoveries they made there would set new standards for what science was able to accomplish.

"I would say his enthusiasm bubbled over as much as any geyser," Freeze said about Brock, 94, who died April 4 at his home in Madison after complications from a fall.

Freeze's descriptions of Brock are fitting for a man who, despite eye-rolls from other scientists and questions about his interest in the seemingly dull science of microbes in hot springs, would identify an organism instrumental in solving crimes using DNA and identifying if someone is infected with the coronavirus — thermos aquaticus. 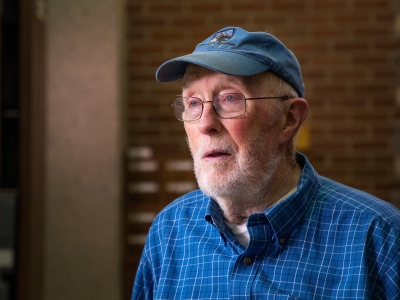 Tom Brock’s students remember him as a tough, but fair, mentor who sharpened their scientific and leadership skills. Photo courtesy of UW-Madison's University Communications

Freeze is now director of the Sanford Children's Health Research Center and the human genetics program at Sanford Burnham Prebys Medical Discovery Institute in San Diego. Back then, he was Brock's research assistant on that trip to Yellowstone where they discovered the bacterium that could withstand enormous heat.

This was new information for the microbiology community, which prior to his discovery believed only spore-forming bacteria would be able to survive in those hot springs. Brock, who had a long career in the University of Wisconsin-Madison's bacteriology department, proved there were all kinds of bacteria living there.

For his work, Brock won the Golden Goose Award, given to scientists whose research appears basic or obscure but spawns major innovations in science and helps solve significant problems.

"When we set out to solve a very applied problem, we rarely make that gigantic step that we need to make that problem really tractable," said Jo Handelsman, a UW-Madison colleague of Brock's. "And that's what Tom's work did so beautifully."

When Handelsman first met Brock, she was intimidated. He was tall. He spoke loudly and was little brusque, she thought.

"It took me a while to figure out that he actually was a really warm and caring person and very eager to help other people," said Handelsman, director of the Wisconsin Institute for Discovery and a professor in the Department of Plant Pathology at UW-Madison.

"And of course, his intellect was about as big as he was physically. He had a big personality, big mind and a big impact," she said.

Handelsman, who served as a science adviser under former President Barack Obama, said Brock's discovery of microbes living at such high temperatures was "extraordinary." But he also reinvented the way scientists thought about detecting microbes.

"It was a period of time where most microbiology was still done in the Petri dish, and that had gone on for about 120 years," she said. "And Tom was the voice in the wilderness saying, 'No, they're not all culturable. You're missing most of the story if you just culture them.'"

The PCR test, used widely over the past year to detect whether a person has COVID-19, is one of the outgrowths of Brock's work.

For these tests to work, scientists have to amplify strands of DNA acquired from a sample. The goal is to amplify certain regions of those DNA strands to confirm existence the coronavirus strain.

To get DNA to make a copy of itself, scientists use heat to pull strands of DNA apart, add enzymes to force the strands to make copies of themselves, allow the strands to pair up again and then repeat the process.

There was a problem with this method when it was first introduced, though. The enzyme that was used to copy the strands couldn't withstand heat.

"You'd end up having to keep adding protein every time you melted it ... and you'd end up with this big kind of goopy mess of tons of protein. And the reactions wouldn't work," Handelsman said.

Brock's discovery of thermos aquaticus meant that enzymes from those bacteria could be extracted and applied to this amplification process.

"So it was that bacterium that lived at these excruciatingly high temperatures in Yellowstone that gave us that enzyme that allowed us to copy DNA repeatedly in what's called the polymerase chain reaction, or PCR," she said. 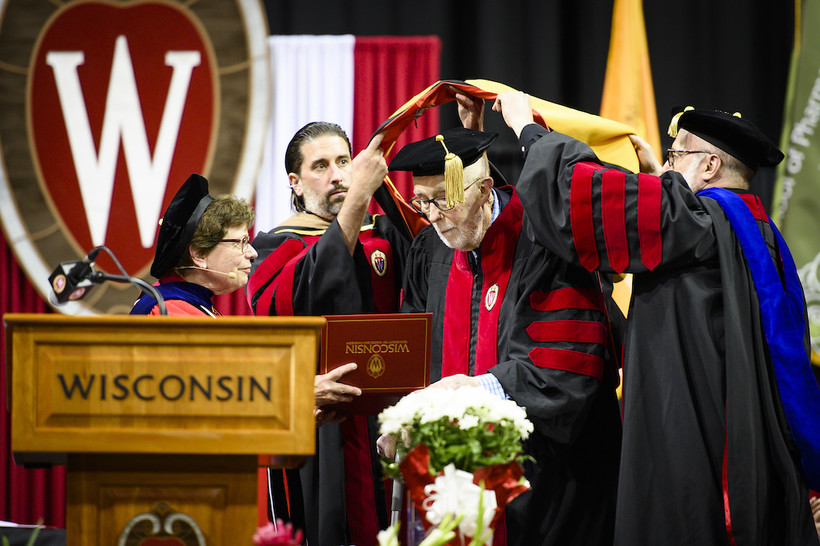 Tom Brock receives an honorary doctorate for his accomplishments in science and conservation. Jeff Miller/UW-Madison

A Man Of Many Passions

In addition to Brock's decades-long career in microbiology, he also had a great passion for prairie restoration and ecology.

"I think a lot of us kind of thought that Tom had two careers," Handelsman said.

After he retired from UW-Madison, Brock and his wife, Kathie, spent time working on ways to restore oak savanna, wetlands and prairies on 140 acres in Black Earth, which is now the Pleasant Valley Conservancy.

Handelsman recalled one outing with Brock at a site in Madison where a group worked to get rid of the invasive species garlic mustard.

"I remember all of us were kind of fading," she said of the group's feelings toward the end of the day. "My back was hurting, and I was kind of tired of pulling garlic mustard, and Tom was going strong. He just had this incredible, endless energy."

Brock, with his boundless energy for science and discovery might have looked to some like a kid in a candy store, Freeze said.

"But he was dead serious about getting the science done," he said. 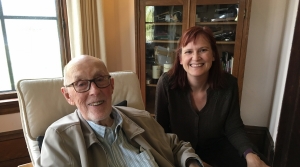 Thomas Brock died late last month. The UW microbiologist's 1966 discovery of heat-tolerant bacteria in Yellowstone National Park won him the Nobel Prize. Thanks to that discovery, we now have PCR tests, the gold standard for detecting coronavirus. We learn about Brock and the deep impact of his work.