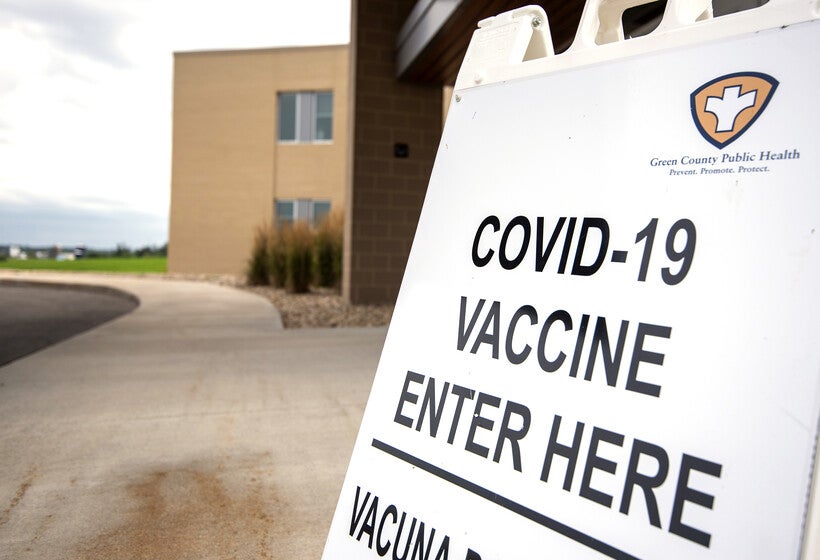 A sign at the Green County Health Department shows residents where to receive a COVID-19 vaccination Thursday, Aug. 12, 2021, in Monroe, Wis. Angela Major/WPR

Madison Transplant Patient Eager To Get 3rd Dose To Bolster Protection Against The Disease; Boosters Not Recommended For Others
By Shamane Mills
Share:

A second federal agency has approved a third dose of the COVID-19 vaccine for certain people who are immunocompromised.

For those who were eager to get vaccinated the first time, the additional protection which could come from a booster shot can’t come soon enough. 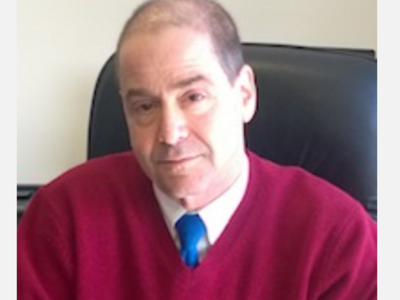 Greg Dutch was diagnosed with Type 1 diabetes as a child and later had a pancreas and kidney transplant as an adult. He is among the nearly 3 percent of Americans who have weakened immune systems and could get a third dose of the Pfizer or Moderns COVID-19 vaccine. Photo courtesy of Gregory Dutch

"I will get it wherever I can," said Greg Dutch, who has Type 1 diabetes and received a kidney and pancreas transplant 16 years ago.

The 64-year-old Madison attorney even considered traveling to Israel — which is currently offering booster shots of the COVID-19 vaccine to older people.

Dutch, who has a weakened immune system from drugs that prevent his body from rejecting the transplanted organs, is among the limited group of people who would be able to get an extra dose of the Pfizer of Moderna vaccine after preliminary approval by the U.S. Food and Drug Administration Thursday. On Friday, an advisory panel for the Centers for Disease Control and Prevention outlined who this change would apply to and the agency's director approved the recommendation.

Those eligible for a third shot include cancer patients, people with HIV and transplant recipients, all of whom have weakened immune systems. About 2.7 percent of U.S. adults are considered immunocompromised.

However, some who aren’t on that list are still getting a booster shot. The CDC says more than 1 million people have received an unauthorized dose of COVID-19 vaccine. And ABC News reported that's likely an undercount because although it includes Moderna and Pfizer shot recipients, it ignores people who may have received the one-shot Johnson & Johnson vaccine but got another shot as well.

State health officials note that federal regulatory agencies have not recommended booster shots for everyone, just those who are immunocompromised.

"It is not appropriate for people to get or offer third doses," said state Department of Health Services Chief Medical Officer Dr. Ryan Westergaard during a media briefing Thursday. "There aren’t robust systems to prevent people from doing that. But our official recommendation is until federal guidance about vaccines changes, two doses is a full series. That’s still the case at this moment."

The head of the United Nations has said people should forego additional shots until more people are vaccinated around the world in places where shots are scarce.

"I suppose if you are young and healthy and had your vaccines maybe a booster is not necessary," he said. "But I firmly believe people who are immunocompromised need to have the booster."