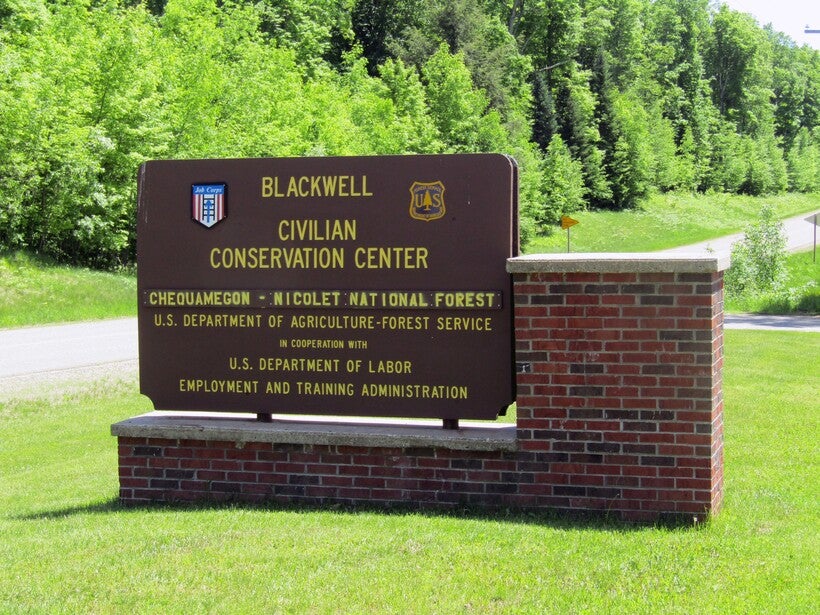 A sign outside the job center site identifies Blackwell Job Corps Center as part of a program shared by the U.S. Forest Service and the Department of Labor. Rob Mentzer/WPR

Before They Were Caught In A Political Battle, Blackwell Students Just Wanted A Better Life

As a high school student, she volunteered at St. Luke's Hospital in Milwaukee. She helped out in soup kitchens. She felt a connection to people who were vulnerable, and felt she could help them.

Hernandez started a medical assistant program in college, but she dropped out. College, she said, was never really her cup of tea. 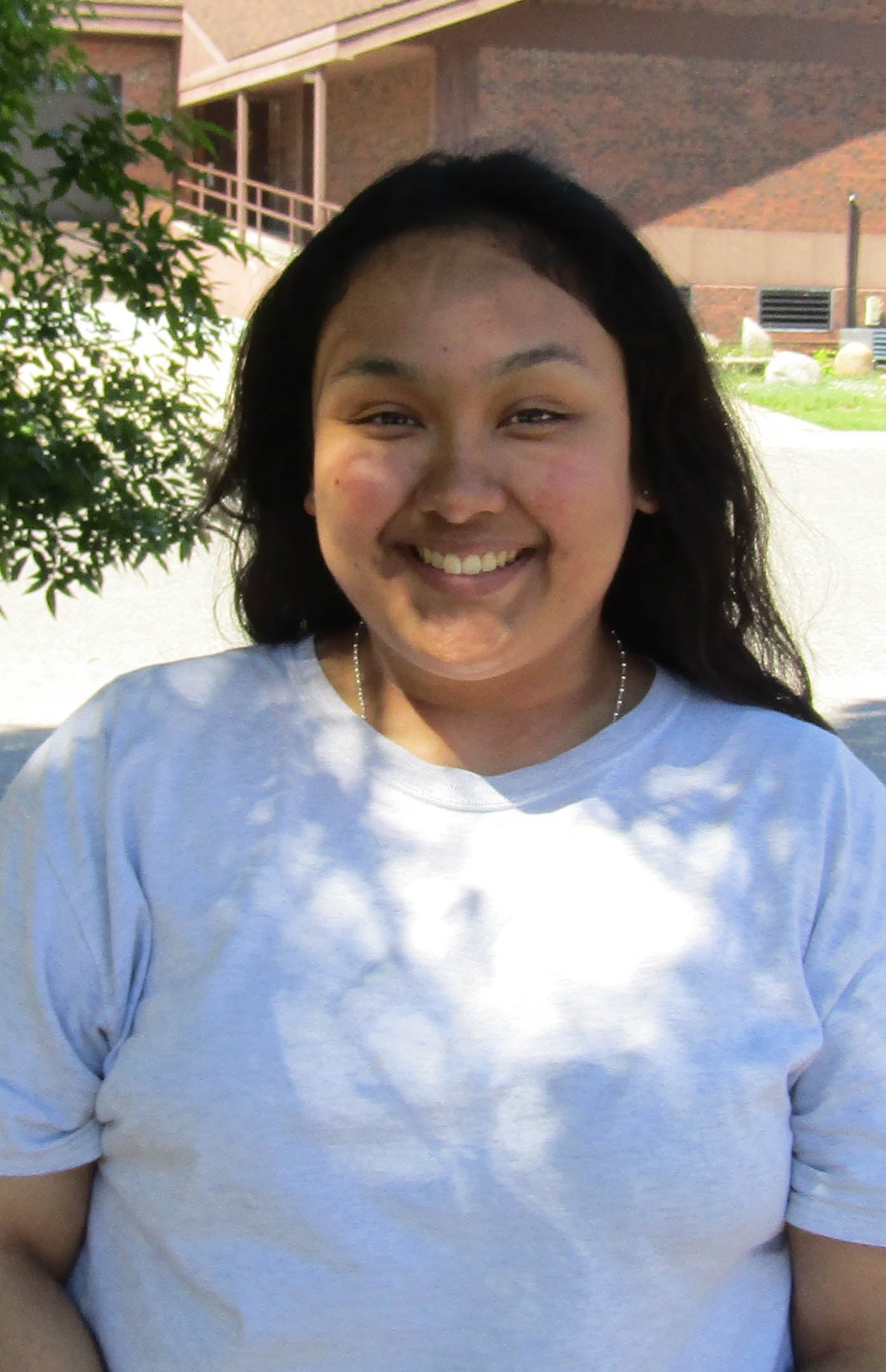 Jaqueline Hernandez is studying to be a CNA. She said the Blackwell Job Corps Center program has helped her get her life unstuck. Rob Mentzer/WPR

Still living in Milwaukee, she worked a retail job for a while that she didn't like. When she lost that job, she started at a temp agency; her shifts started at 3 a.m. She helped to support her mom and three sisters with the $11-per-hour job, but she didn't feel like she was doing what she was supposed to be doing.

"My life was just in a big pause," she said.

For Hernandez, 22, applying to the Blackwell Job Corps Center was a way of getting her life unstuck.

She enrolled in the federal job training program for disadvantaged young people, and in January started courses at the center in Laona, in northeastern Wisconsin. She’s now six months into a program that will make her a certified nursing assistant.

Then came the announcement, over Memorial Day weekend, that the Trump administration would shut down Blackwell as part of a sweeping plan to close or privatize the government’s Job Corps Civilian Conservation Service. The plan would mean layoffs of an estimated 1,100 federal workers, as services were handed over to private contractors. Nine centers, including Blackwell, would close outright.

The proposal immediately met significant political headwinds, politicians from both parties spoke out against plans to shutter job-training sites.

Many of the centers are situated in economically tenuous rural regions, and six in states that voted for Trump in 2016.

Less than a month later, the Trump administration reversed course: None of the sites would be closed or privatized, a statement from Agriculture Department Secretary Sonny Perdue said. They will, however, be subject to a "robust organizational review to determine the appropriate course of action."

For Hernandez, it was a month of uncertainty that plunged her back into feelings of stress and an anxiety.

"The term used (by students) on (the) center was 'lost,'" she said. "Many students would say, 'I’m lost. What are we doing? Are we shutting down or are we staying open? What more can we do?'"

Hernandez had conversations with friends in her program who thought about dropping out: "I don’t even think this is worth it," they said. No, she told them. You cannot just give up on us like that. There has to be a way out.

The students at Blackwell took part in the successful campaign to keep the center open. But they didn’t sign up for the program with the thought that they were joining a political battlefield. Like Hernandez, they signed up to try to improve their lives. 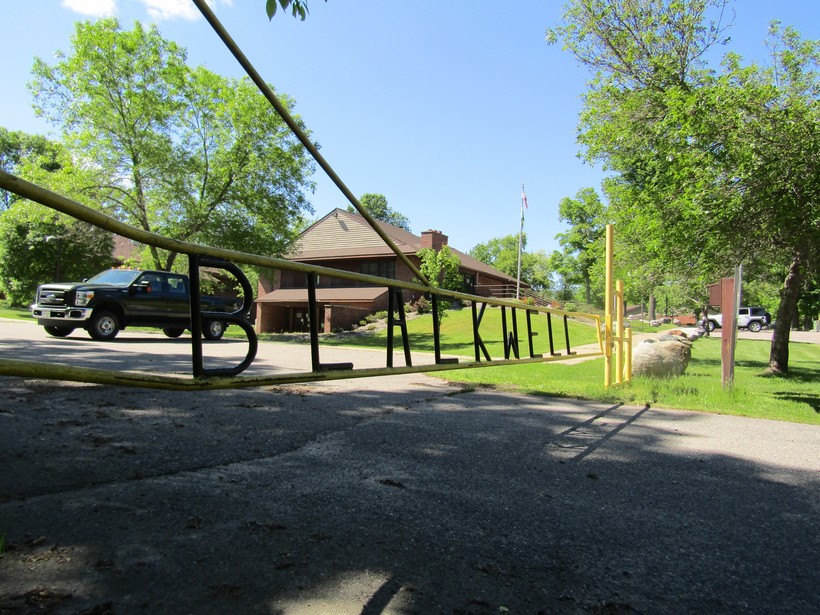 Blackwell's campus of more than a dozen buildings is surrounded on all sides by the Chequamegon-Nicolet National Forest, impossibly lush and notably isolated.

The trees arch over the two-lane state highway that leads there.

Wisconsin also has a federal Job Corps site in Milwaukee, but the Blackwell site is distinct for its remote location and picturesque surroundings. To some, that isolation is part of the point. Some of the young people who come to Blackwell have been in trouble with the law, have been in gangs. Some, like Hernandez, are just in need of a change.

Alberto Romero, of Beloit, learned about Blackwell when he was in the Wisconsin National Guard Challenge Academy, a residential program for at-risk teens. 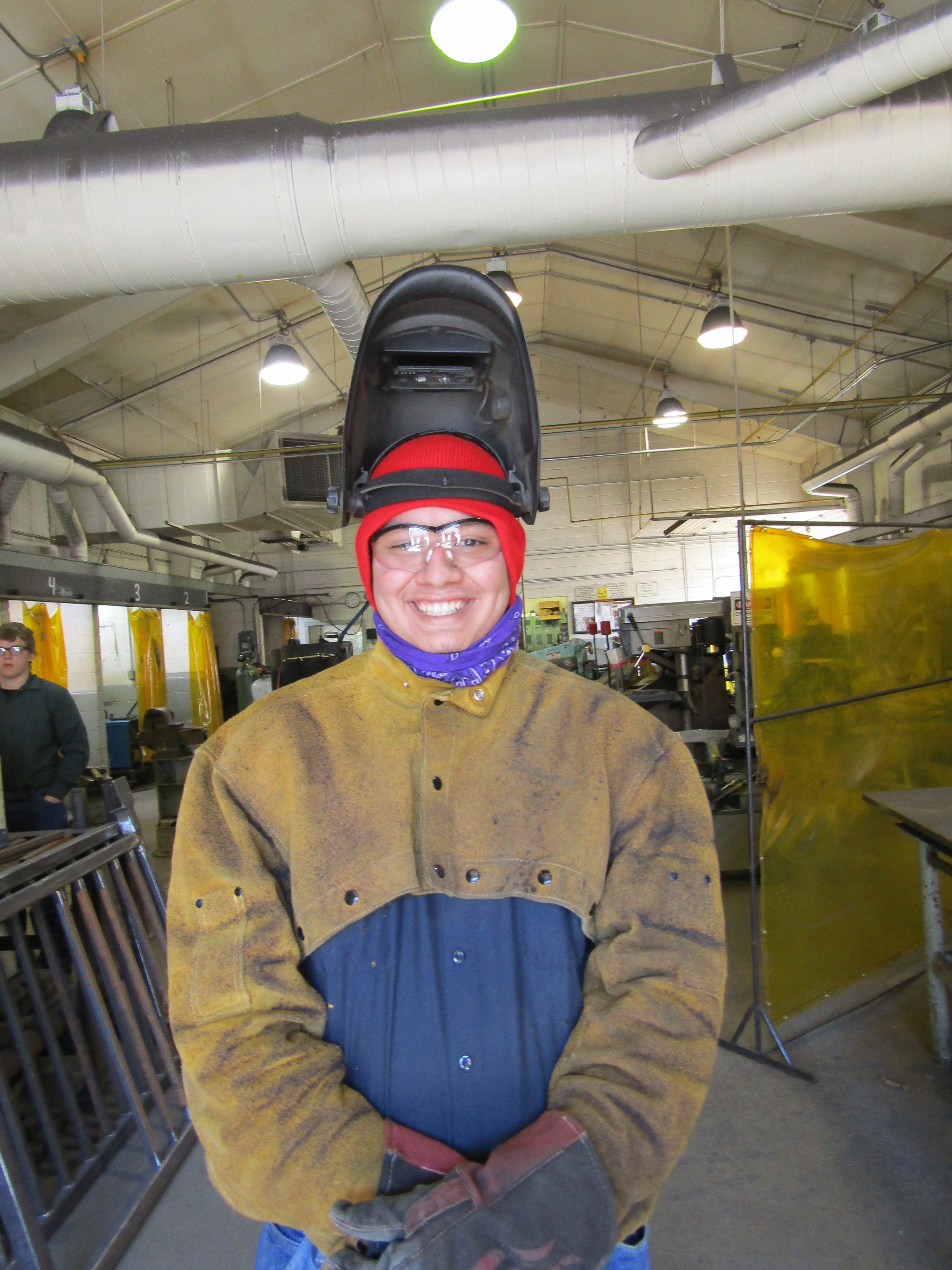 Alberto Romero, a student in the welding program at the Blackwell Job Corps Center, said the site is like "heaven" to him. Rob Mentzer/WPR

Romero is studying welding at the center.

Another welding student, Andrew Jameson-Duncan, came to Blackwell from near Mankato, Minnesota. Before enrolling here, Jameson-Duncan, 22, had been homeless for eight months and sleeping in the woods — as it turned out, he said — it was a wildlife preservation area.

"Police came and got me, gave me a brochure for this place," Jameson-Duncan said. "I came over here because it was the best thing for me."

He had taken a welding class in high school and enjoyed it. Now, he sees himself becoming a professional welder with a factory job — something hard for him to imagine not long ago.

The Job Corps program takes kids as young as 16, and young adults up to 24. If they have dropped out of high school, they can get an equivalency diploma. Because the program offers a range of vocational trades, they can try out multiple programs — carpentry, CNA, masonry, welding — before deciding on the course that fits them best.

There are about 70 students at Blackwell today; the program has capacity for up to 140. Enrollments were stopped amid the uncertainty about the center’s future, and a contracted community outreach employee was let go.

TJ Cole, 17, is from Merrill, a drive of about an hour and a half from the site. Cole said he wasn’t a great student in high school.

"I couldn’t just sit there and pay attention," Cole said. "Plus, I was also a bit lazy. I just went to school to make up plans for what I was going to do outside of school."

The vice principal at his school told him about Blackwell. Cole is pretty sure that if he hadn’t come to the site, he’d be at home playing videogames and "doing absolutely nothing" with his life. Instead, he’s completing his degree and starting in the carpentry program.

"At first, I was a bit hesitant about coming here," Cole said. "But eventually, once you get used to the people, you find out this is an awesome program with amazing people, staff and students overall. I'm so glad I came here."

As Students Celebrate, Some Plan To Keep Spotlight On Blackwell's Work

The news that the Trump administration would spare Blackwell and other Job Corps sites from closure swept through the center Wednesday night and Thursday morning.

Hernandez said it felt like it put her life "back on track."

Kristi Caudel is president of a Midwest chapter of the National Federation of Federal Employees, which represents Blackwell employees. She was at the Blackwell center when the news broke.

"Everyone was relieved," she said. "I was receiving phone calls up until the wee hours of the morning. Everyone is excited. The students are very excited. It’s a big relief to them not to have to leave their homes … and to be able to finish what they started here." 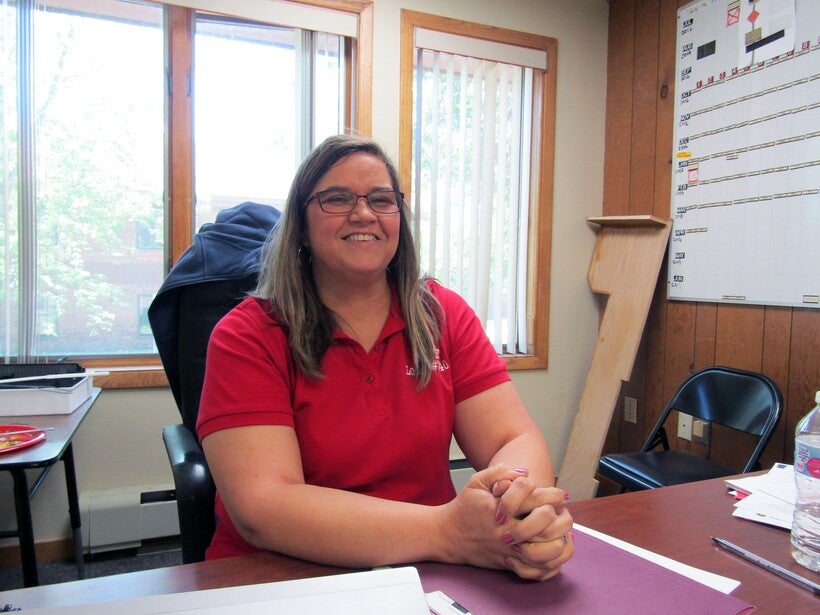 Kristi Caudel is president of the Mississippi Valley chapter of the federal workers union that represents Blackwell employees. Rob Mentzer/WPR

Efforts to protect the center and others like it aren’t over, Caudel said.

The union will lobby for a change to federal law that would require Congress to approve site closures, as opposed to leaving discretion in the hands of cabinet secretaries. She’ll push for the outreach counselor who was let go to be rehired by Blackwell. And she and others said they’ll seek to make sure the community and the state stay engaged with the work that’s happening at the site.

"We need to stay viable in the community and (ensure) the community is aware," Caudel said. "We are all aware of that and we’re willing to take that on."

Mark Ferris, director of the Forest County Economic Development Partnership, said the center's $5.2 million budget and 56 full-time jobs matter greatly to the economy of the small Northwoods county. He said keeping up community engagement with the center will be a focus for him, too.

"It's not over," Ferris said of the effort to keep Blackwell open. "We have to do everything we can to create awareness and education about what Blackwell is all about. Because when people understand and become more informed, it creates more value. There’s work to be done."

While living in Milwaukee, Hernandez first learned about the program from her fiancé, who is also now studying in the medical professions program at Blackwell.

They’ve been a couple for about five years. They were back in Milwaukee when they learned about the plans to close the center, and they were both at Blackwell when the news came down that the center would be spared.

She said she feels calm, more at peace now — like she can get back to getting what she wanted out of the program: a better future. And she’s not the only one.

"I’ve had a couple of conversations with students," Hernandez said Thursday. "They’re like, 'OK, I can finally get back to what I was doing. I can finally do what I came here for."

Editor's note: This story has been corrected to identify Sonny Perdue as the United States Secretary of Agriculture.