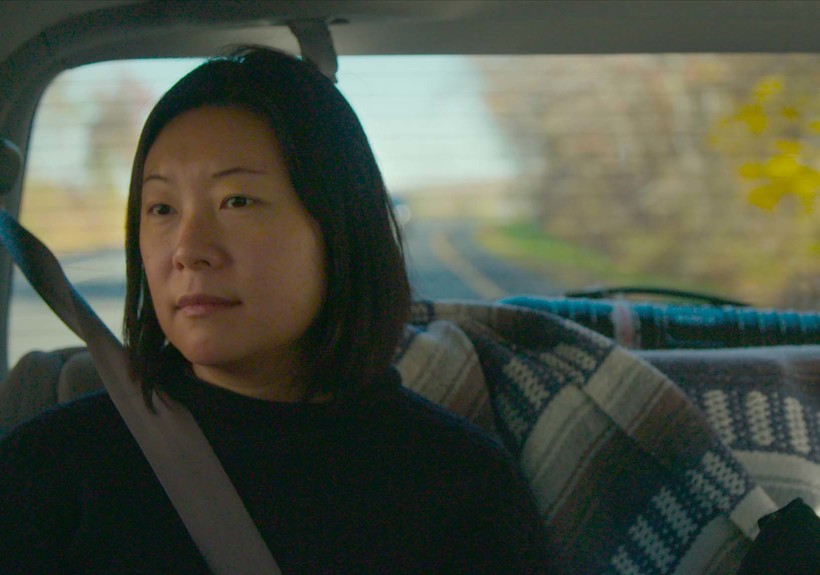 Is There Any Story Sandi Tan Can't Tell?

No matter the platform, Sandi Tan is a gifted storyteller. She proved it in 2018 when she released her fascinating documentary, "Shirkers." That movie told the twisting and surreal story of her lost amateur film — also dubbed "Shirkers" — from her teenage years in her native homeland of Singapore.

Tan recounts the tale to WPR's "BETA" about a self-avowed American film teacher, who was actually Columbian, named Georges Cardona who took Tan and her friends under his wing to make their film only to make off with the 16-millimeter negatives.

"He stole this film, destroyed our lives, vanished and then years later, when I moved to the U.S., I recover the footage of this lost film and I make a film about this whole process," Tan explains.

Tan was contacted by Cardona's widow after he died. She alerted Tan to the fact that Cardona had hoarded the raw footage of Tan and her friends' film for what ended up being the rest of his life.

What's remarkable about "Shirkers" the documentary is Tan weaves together a compelling narrative with only about a half minute of footage (plus some recordings) of Cardona himself and only the visuals from the raw footage. All of the sound had been lost.

"It was a great thing because it showed that I wasn't lying about this thing that happened to me, first of all, and that it showed that I knew how to tell the story, even though it's a great challenge to tell the story with almost hardly any footage of the villain," Tan said. "The stories I tend to want to tell tend to be slightly more complex and convoluted and the fact that I could pull a compelling narrative out of what many thought was an impossible story to tell was actually a very good thing."

"Shirkers" would go on to be nominated for a Peabody, and Tan won the prestigious Sundance Film Festival World Cinema directing award.

Cardona himself would inspire a similar character in Tan's debut novel "Lurkers" with the boundary-crossing, gas-lighting drama teacher, Mr. Z.

"(Cardona's) one of several inspirations for that character. You know, writing him was a way of completing a conversation that wasn't quite complete or has aspects of conversations that he and I have had," Tan said. "So, I'm writing with intimate knowledge of what it's like to talk to a man who would tell you things and then pretend he didn't say it just to mess with you."

Mr. Z is teaching the protagonist, Rosemary Park, one half of the Korean sisters whose family tragedy kicks off the narrative. Along with her younger sister, Mira, the novel circles around the Parks' neighbors and their sleepy neighborhood suburb north of Los Angeles on Santa Clause Lane.

Tan's inspiration for the book came from her own move in 2006 to a placid neighborhood in north Pasadena. The area and the residents were still experiencing a post 9/11 paranoia and reservedness.

"I had to imagine the neighborhood to be more interesting than I thought it might be, in order for me to feel comfortable and feel like I wanted to be there," she said. "So, I started to kind of think about, imagine myself into the lives of those around me and what would happen if these lives collided somehow."

The fellow residents include a former and aging horror novelist, an ex-hippie with an adopted Vietnamese daughter and the recently widowed Park matriarch who desires a move back to Korea. Each character seems to be restless and dissatisfied with their own lives but lack the tools or motivations to change.

"They all feel like they're on the sidelines of things. They're kind of lurking on the sidelines and looking upon their neighbors as being the main action," Tan said. "And then when they do actually interact, it often doesn't happen in the ways that they might have imagined things would happen."

Tan does a marvelous job balancing all of these character collisions. There's a lot of repetition and mirroring going on in the story where characters face similar realizations or choices.

"I knew that they were living so close to each other that they at some point would have to interact and things would echo," Tan said. "The way people collided into somebody's life would happen maybe in similar ways at different times. I kind of liked playing with echoes and doubles and things like that and mistaken identities."

The way Tan ties these arcs together is both organic and satisfying. "Lurkers" concludes with equal parts ambiguity, heart and regret.

Yeah, yeah, it rhymes with #Shirkers 👊 and no, there won’t be an album called Twerkers. #LURKERS out MARCH 30, 2021 *pre-order from your fave bookshop* Trigger warnings include: 👹🥃🤪😬🎄😭👻 & 🍆🍆🍆 @soho_press @penguinrandom pic.twitter.com/eI2GexOdrD

Now, Tan focuses her attentions to a third discipline of storytelling. She joked on Twitter that it should be an album called "Twerkers" to maintain the rhyming pattern, but it will be the forthcoming film adaptation of Elif Batuman's 2017 novel, "The Idiot" — which Tan says has shades of Hitchcock's "Vertigo" in it.

Sounds like a story Tan is fully capable of telling.