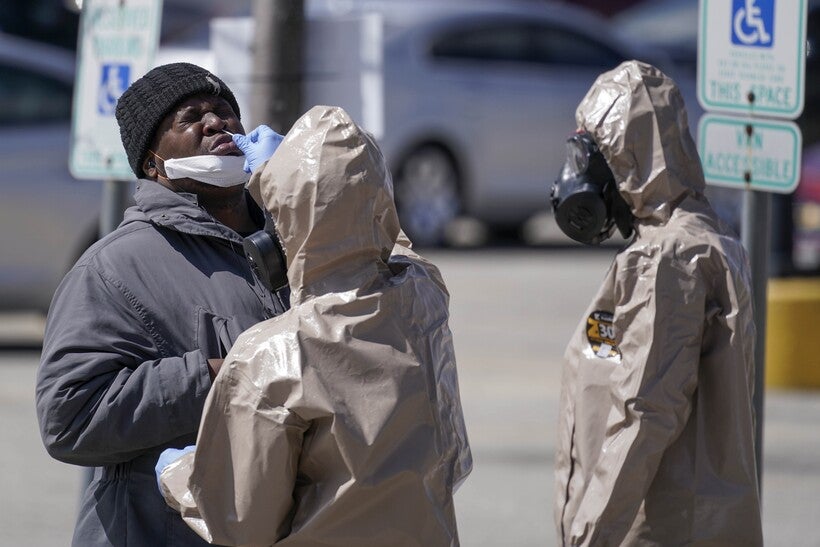 With Testing Down, Milwaukee Officials Warn Unreported COVID-19 Cases Could Be Rising

Mayor Tom Barrett Encourages Anyone Feeling Symptoms To Get Tested For Virus
By Megan Hart
Share:

In the last two weeks, Milwaukee County has seen a downward trend in the number of people tested for the virus. At the same time, the percentage of positive tests has remained consistent.

"As we see stores, restaurants and workplaces opening back up, there’s a sense that we’re done with COVID-19," Weston said.

Numbers from across the state show that’s not the case. Wisconsin has nearly 6,000 active COVID-19 cases, according to numbers released Wednesday by the state Department of Health Services. Milwaukee County has accounted for just over half of the state’s 671 coronavirus deaths.

Testing, especially for people who have symptoms, is key to preventing another major spike in cases that could overwhelm the health care system, Weston said.

Weston attributes some of the downward trend in testing to public and media attention shifting from the coronavirus pandemic to the nationwide Black Lives Matter protests, which are in their 13th day in Milwaukee.

Milwaukee Mayor Tom Barrett encouraged anyone feeling symptoms of COVID-19 to get tested. Symptoms include a sore throat, shortness of breath, dry cough, fever and loss of smell or taste.

Barrett also noted that people without symptoms can be tested at either of the city’s two National Guard Community testing sites, recommending anyone who’s recently participated in the protests do so. Dr. Jeanette Kowalik, commissioner of the city of Milwaukee Health Department, said it’s recommended that asymptomatic individuals get tested five days after they may have been exposed to the virus.

Milwaukee County has free National Guard community testing sites open at Barack Obama High School on the northside and at United Migrant Opportunity Services on the southside. As of Wednesday morning, more than 19,000 people had been tested at those sites, according to figures from the Wisconsin Department of Military Affairs.

But the pace of testing at those facilities has slowed.

Residents can also call 211 to schedule a test at a nearby health care facility, Weston said. Kowalik said she believes testing numbers are down at health care sites too.

Across the board, Milwaukee County testing sites have the capacity to test many more people than they currently are, Weston said. He noted resources are limited when it comes to testing and said it’s possible testing sites will be moved if they continue to be underutilized.

Meanwhile, Milwaukee County is in the process of reopening.

Representatives from more than 260 restaurants and bars attended webinars hosted by the city on Tuesday about how to safely operate amid the pandemic, according to Barrett. The Milwaukee County Zoo also announced it was reopening this week.

"Please remember COVID-19 is still in our community, and though we’re opening back up, we need to be more vigilant than ever to ensure we don’t have to take a step back in this fight," Weston said.