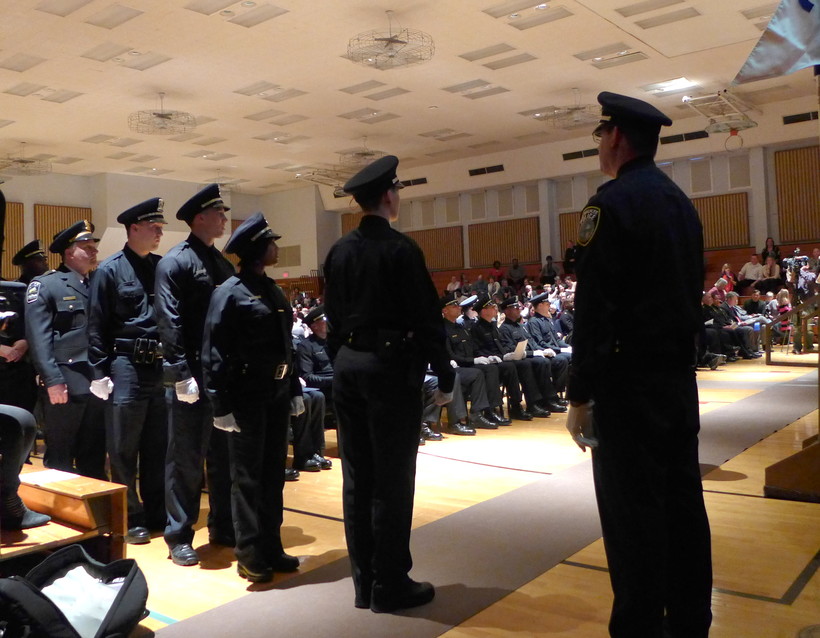 Officer being sworn in to the Milwaukee Police Department in December. The city's police chief says the new officers could make a difference in stemming gun violence. Photo: Chuck Quirmbach/WPR News.

Two fatal shootings in Milwaukee this past week pushed last year's tentative final total of gun homicides in Wisconsin to 111.

One of the fatal shootings was the high-profile death of 13-month-old Bill Thao. The boy was hit when dozens of bullets were fired at the family home, though police say they don't believe the Thaos were the intended target.

The other death occurred on Monday night when Fernando Washington, a 31-year-old man, was shot during what police say was an argument.

Gun homicides were down slightly in Milwaukee in 2014, but nonfatal shootings were up. Milwaukee Police Chief Ed Flynn said he hopes a recent swearing-in of more officers will make a difference .

Twenty-seven minutes into 2015, a 15-year-old Milwaukee girl was seriously wounded by gunfire.