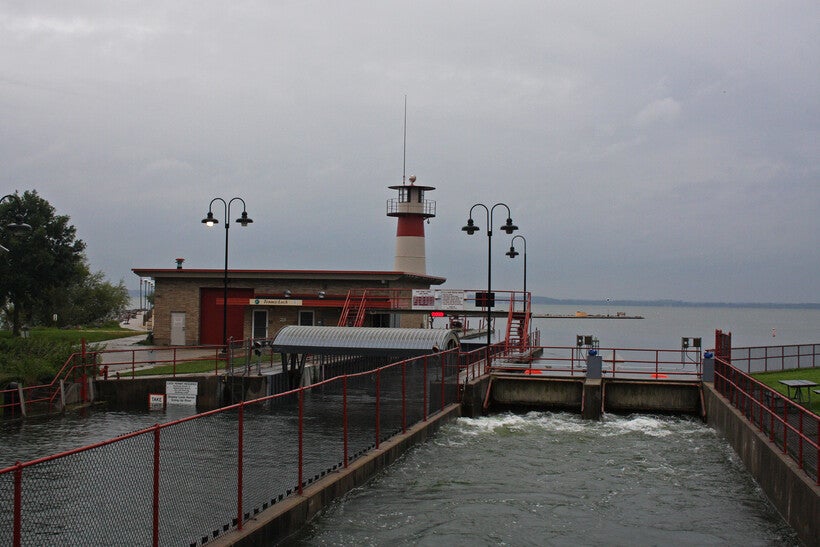 Wisconsin began 2019 with a severe freeze and rapid thaw, but officials in Dane County have not forgotten the extreme weather of 2018.

The historic rain and subsequent flooding of late summer prompted the Dane County Board of Supervisors to reconsider levels in the Yahara chain of lakes, which include Lakes Mendota, Monona, Wingra, Waubesa, Kegonsa and Mud Lake.

A new report analyzes flood-resilience strategies, and a task force has begun the two-month long process of developing recommendations about what action the county should take.

Flood resilience is a public safety issue, says Yogesh Chawla, a Dane County supervisor who represents the sixth district which covers Madison’s Willy Street neighborhood, and who serves on the task force.

"When we look at these flooding issues they're directly affecting people's homes, and we've already seen the destructive power of climate change, and based off the best scientific data we have, climate change is only going to get worse," Chawla said. "As a community we have to become more resilient to it."

The new report comes from a technical work group comprised of people from the Wisconsin Department of Natural Resources, the city of Madison, Dane County and the University of Wisconsin-Madison. They used a model called the Integrated Nowcast Forecast Operation System to assess how the Yahara chain would have responded to 2018’s deluge under different conditions. It considered two types of lake management strategies: adaptation, which reduces flood-vulnerability without changing underlying problems; and mitigation, which addresses the fundamental issues related to flooding.

"Fundamentally, what the report says is that in order to reduce future flooding, we need to improve flow in the system," said Sharon Corrigan, who chairs the Dane County Board. "Because our lake system is very flat, water that comes into the system, stays in the system, even if we have everything opened up wide."

Corrigan and Dane County Executive Joe Parisi have previously said 2 inches of water can take up to two weeks to move through the chain of lakes.

The report found a combination of mitigation strategies — such as dredging and pumping — to be most effective.

Dredging would involve removing excess sediment and material from the Yahara River, and pumping would involve rerouting water from the lake chain to another body of water, such as the Badfish Creek near Cooksville. Combined, these two methods could lower flood levels by anywhere from 7 to 21 inches, the report estimated.

Other potential mitigation strategies include modifying bridges to widen their choke points.

The adaptation strategies examined included lowering the level of Lake Mendota by a foot, safely managing Lake Mendota at its 100-year flood level and removing all dams from the Yahara lakes chain.

Each strategy presents both advantages and potential drawbacks, the report noted. The most effective methods, dredging and pumping, would require permitting and approval from the Wisconsin Department of Natural Resources. Dredging could also affect historical artifacts, such as the Dyreson fish weir built by Native Americans in Lower Mud Lake.

"This is not an end report," Corrigan said. "There is work to do to look closely and ask questions about each of these scenarios and to kind of balance them, to do a cost benefit analysis of what we should do going forward."

Examining each scenario in detail is largely the work of the Yahara Chain of Lakes Lake Levels Task Force, comprised of 13 people from the county board, public works and more. The group convened its first of six meetings Monday and discussed the new technical report’s findings, as well as the conclusions of an earlier stormwater report.

"We are going to really dive into the different suggestions that were offered," said Chawla.

Chawla stressed the importance of examining the ideal lake level targets in addition to the other mitigation strategies.

"Pumping and dredging will increase flow," he said. "And the purpose of increasing flow is to get to a certain targeted lake level. One of our duties as that committee is going to be to figure out what is that desired target lake level."

Chawla said the adaptation strategies considered by the report, including lowering Lake Mendota by a foot or managing it at the 100 year flood level, were "on the extreme end of things."

The Dane County Board of Supervisors adopted a resolution last year that, in addition to creating the task force and commissioning the technical report, pledged that the county would attempt to lower the lakes to the minimum level allowed by the DNR. The resolution said it would work to make this change "as soon as possible" and "work to maintain" it until the Board "acts on recommendation of the task force."

The task force is expected to present recommendations to the Dane County Board by April 1, and will seek public comment online and through a forum prior to that deadline.