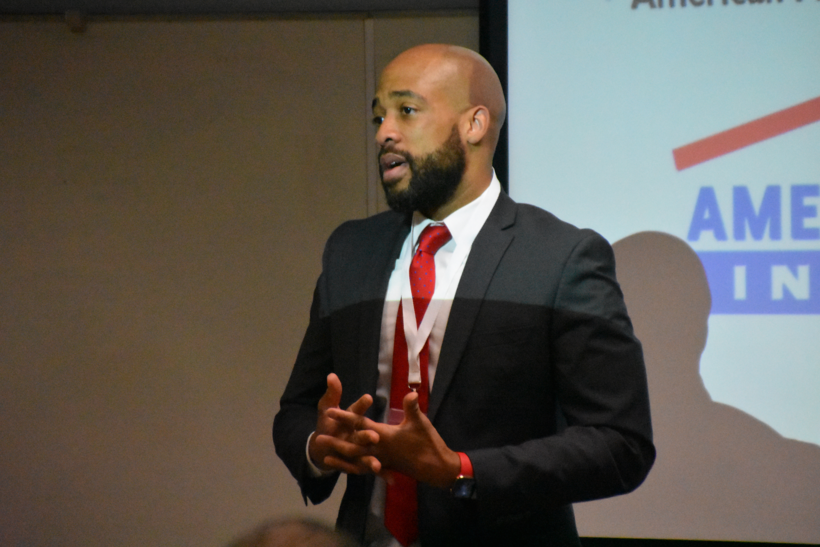 Gov. Tony Evers’ task force on climate change held its first meeting in Madison on Thursday. The governor created the task force in October to develop strategies that help communities reduce and adapt to the effects of climate change.

Earlier this year, Evers and his administration acknowledged the threat climate change poses to the state when it committed to providing 100 percent carbon-free electricity by 2050 as part of fulfilling carbon reduction goals under the Paris climate agreement. The governor created the Office of Sustainability and Clean Energy to oversee the state’s progress toward that goal, as well as support clean energy standards, research and workforce training.

In opening remarks, Lt. Gov. Mandela Barnes, chair of the task force, said the group has an opportunity to lead and provide solutions that benefit communities across the state.

"We want to make sure that our work — our good work that’s going to come out of this task force touches all communities equally," said Barnes.

The task force comprises more than 30 members representing lawmakers, utilities, agriculture, environmental groups, health officials, tribes and more. Barnes noted states and local communities are increasingly stepping up to address climate impacts as the United States and other nations have stepped back from commitments to combat climate change.

"Through this work, we may not get it perfect, but at least we can make it better," said Barnes.

Wisconsin is projected to warm as much as 4 to 9 degrees Fahrenheit by 2050, according to the Wisconsin Initiative on Climate Change Impacts.

"No matter how we evolve as a global society, by 2050, we can be planning for this. This is likely going to happen," said Dan Vimont, WICCI’s co-director and director of the Nelson Institute Center for Climatic Research at the University of Wisconsin -Madison.

Vimont noted some effects of climate change in Wisconsin may be witnessed in agriculture through increased heat stress on livestock or in the forestry industry where loggers encounter fewer days with frozen ground conditions that can withstand heavy equipment used to harvest timber. The initiative’s working group plans to release an updated report on climate change impacts sometime next year. 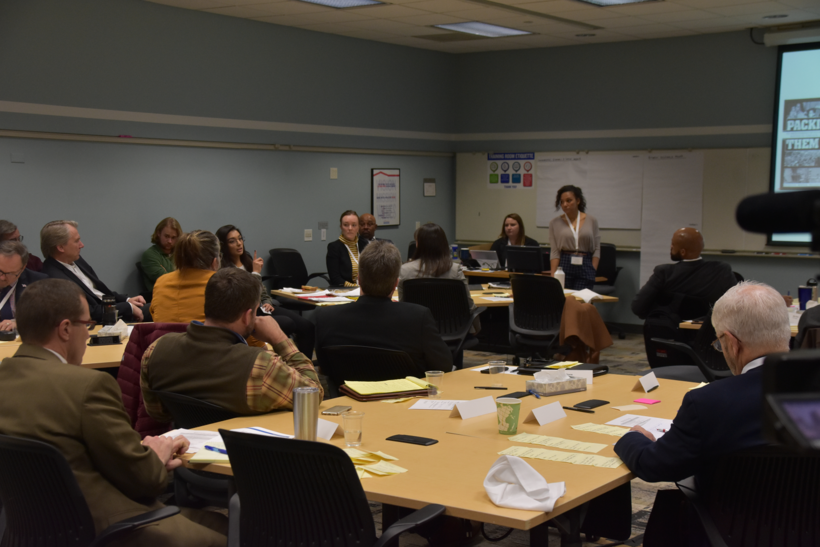 August Ball, founder of Milwaukee-based Cream City Conservation, urged the task force to consider how communities of color are disproportionately impacted by climate change. She highlighted the lack of geographic equity or environmental justice that minority groups often face on environmental issues, citing the disparity in which hazardous areas like superfund sites are addressed between white and non-white communities.

Ball added children of color in Wisconsin are twice as likely to live near a hazardous chemical facility than whites.

"We’re seeing in real time the recession of trees. We’re seeing the real-time sporadic seasons and how they’re affecting our subsistence lifestyles and the change in the migration of some of the animals and the spawning seasons," said Jennings.

Rep. Mike Kuglitsch, R-New Berlin, who chairs the Assembly Committee on Energy and Utilities, told WPR the question is how the state transitions as it seeks to eliminate carbon emissions through electric utilities.

He noted reliability is a major concern for energy providers.

He highlighted existing carbon-free energy sources like nuclear and hydropower. He also expressed concern over the cost of transitioning away from electricity powered by fossil fuels and the effect it may have on ratepayers. Kuglitsch said the state should make investments that assist with the energy transition.

"There should be incentives from the state if it’s tax credits or things of that nature for incentives for new technologies in this area," he said.

Major utilities in Wisconsin have set goals to reduce carbon emissions 80 percent from 2005 levels by 2050 while Xcel Energy has pledged to go carbon-free by 2050.

The task force must provide policy recommendations on addressing climate change on or before Aug. 31, 2020.