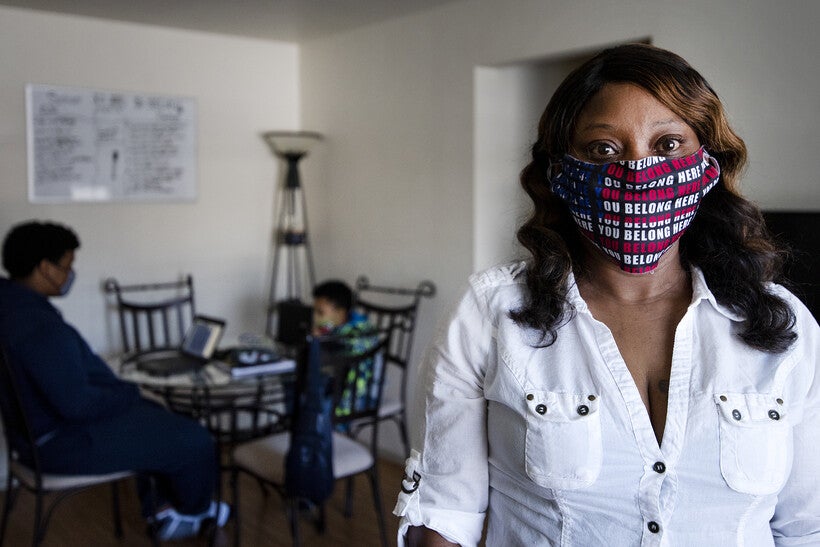 A Tale Of Two Pandemics: Improving Finances For Some, Financial Peril For Others

Green Bay resident Rita Love has been looking for a new job for months.

Love said she lost her job at a keg repair facility when the pandemic started in late March 2020, nearly a full year ago.

Since then, she spends hours of her day — at times her entire day — clicking through job posting after job posting, tweaking her resume and working on applications. Love hasn't had luck finding a position in Green Bay, so she's thinking about relocating.

Initially she had help from unemployment benefits, but she lost the extra money for the entire months of January and February after her benefits exhausted. Love said that set her back at a time when she had already been scaling back her spending for months.

"What I did was not (charge) anything, even if I needed it," Love said. "It had to be a real necessity." 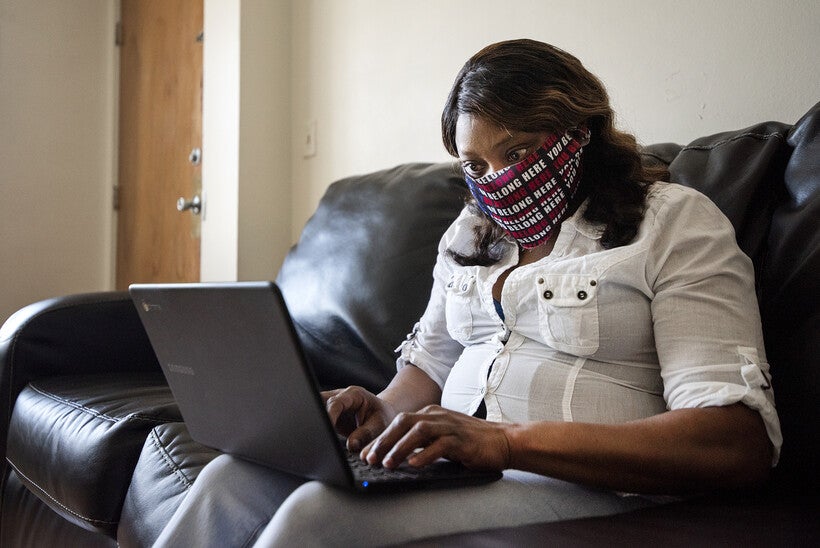 She cut back on everything but her basic expenses, things like rent, groceries and internet.

But even with the cutbacks, Love has seen the balances in her bank account drop. Now, she's relying on help from her family to get by.

"My brother sends me a couple hundred bucks, my daughter ... works over time just so she can help me out," Love said.

The pandemic has caused historic levels of job loss and business closures in Wisconsin and across the country, but how many Wisconsinites are struggling to make ends meet like Love?

The Marquette Law School Poll has asked Wisconsinites a similar question since 2016: "Thinking about your family's financial situation, would you say you are living comfortably, just getting by, or struggling to make ends meet?"

John Johnson, a research fellow at Marquette University who works on the poll, said the answers pollsters received on that question during the pandemic initially confused them.

"At a topline level, the numbers have been remarkably stable over this year," Johnson said. "And in fact, in our most recent poll ... we had the highest number of people saying they're 'living comfortably' since we started asking the question in March of 2016."

In that poll, which was conducted in October, a total of 67 percent of registered voters in Wisconsin surveyed said they were "living comfortably," a surprisingly large number given the economic upheaval caused by the pandemic.

Other data confirms many are seeing their financial situations improve during the pandemic. The United States personal savings rate, which shows how much Americans are saving as a percent of their disposable income, has remained historically high throughout the pandemic.

But Johnson cautioned that Marquette's data doesn't mean people in Wisconsin aren't dealing with financial hardship. Instead, he pointed to the way the pandemic has impacted various kinds of workers differently.

"People in this state have been having this extremely divergent experience based on if you’re someone who is in a precarious position, a vulnerable job," Johnson said. "Or someone who was able to keep working from home, and maybe the largest financial hit you took was simply stopping spending so much money at restaurants or going on vacation."

Marquette's own data highlights the unequal impact of the pandemic on low-wage workers and workers of color in Wisconsin.

During the pandemic, the number of Black Wisconsinites who said they were "struggling to make ends meet" jumped 11 percentage points — from 10 percent in January and February 2020, to 21 percent between March and October 2020.

The number of Hispanic Wisconsinites who reported "living comfortably" dropped a staggering 20 percentage points, from 66 percent pre-pandemic to 46 percent during the outbreak.

Alternatively, the number of white Wisconsinites in all three categories remained relatively unchanged.

Laura Dresser, a labor economist at the University of Wisconsin-Madison, said part of what explains these disparities is the fact that workers of color are concentrated in low-wage jobs in Wisconsin.

Dresser said this recession, which she said might be more accurately described as an "economic collapse," is unusual in its outsized impact on low-wage workers.

Typically, middle to high-income jobs in construction and durable goods are some of the first to be impacted in a downturn, Dresser said. But in the COVID-19-fueled recession, low-wage workers at places that people often gather have borne the brunt of the downturn, deepening inequalities that already existed in the state.

"Those of us who are carefully ensconced in our homes are not able to see the desperation in the communities of people who have lost work and cannot figure out how to get food on the table," Dresser said. "This pandemic exacerbates that divide while giving us fewer ways of seeing across it."

Love recently caught a break, getting paid extended unemployment benefits state officials launched March 4. She said the income has let her get caught up on bills, and given her the freedom to relocate somewhere with more job prospects.

But Love's search for a new job continues. A self-described "busy-body," she's optimistic about her chances, and genuinely eager to get back to work.

"As long as I'm making a living, (an) honest living," Love said. "That's what makes a person feel good about themselves."