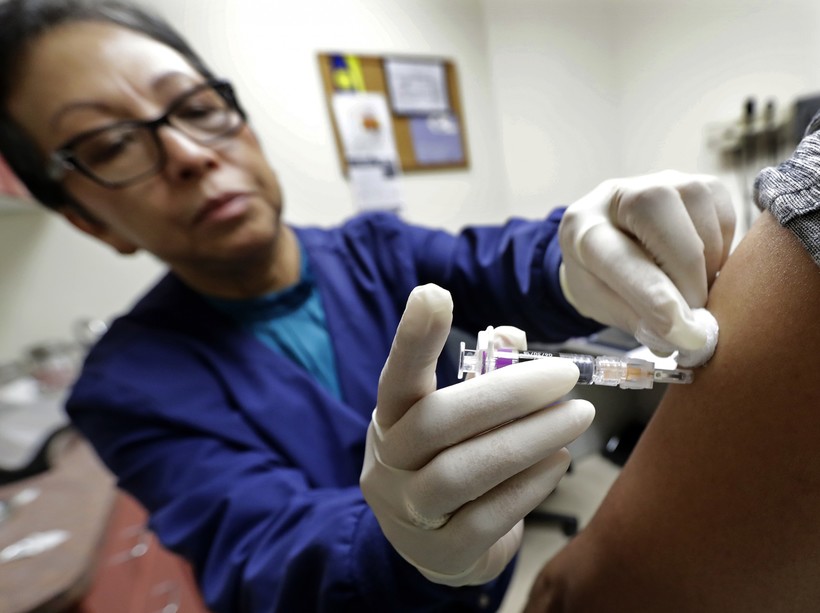 More than one-third of adults don’t plan on getting a flu shot this season, according to a new survey from National Opinion Research Center at the University of Chicago.

The survey shows 37 percent of adults don't intend to get a flu shot this season because they're concerned about side effects and because they don’t think it works well.

So far, 32 percent of people in Wisconsin have gotten a flu shot, according to the state's weekly flu surveillance report. That’s far below the 70 percent goal of Healthy People 2020.

But the state has been slowly improving.

"Last year was a record for us. We had 40 percent of the people in Wisconsin get vaccinated for the flu. We could do better, but we’ll just have to improve as much as we can every year," said Thomas Haupt, Wisconsin influenza surveillance coordinator for the state Department of Health Services.

Last year wasn't a bad year for the flu, which was fortunate because the vaccine used during the 2018-19 influenza season was only 29 percent effective, according to the Centers for Disease Control and Prevention. That’s the lowest in a decade.

On Wednesday, members of Congress held a hearing on how to improve vaccination rates. Over half of adults in the United States didn't get a flu vaccine last year, and 40 percent of children went unvaccinated.

Guessing which flu strains will be circulating can be difficult, federal health officials told members of the House Committee on Energy and Commerce on Wednesday.

"It continually evolves. It continually mutates," Fauci said. "And that’s really the reason why we need to do better with seasonal flu vaccines. But we also need to get a universal flu vaccine that would cover those kinds of changes that occur."

But despite ramped up efforts to develop a universal flu vaccine, it will be years before such a vaccine is available. In the meantime, improving the effectiveness of the flu vaccine by just 5 percent would prevent 17,000 hospitalizations a year, said Nancy Messonnier, director for the National Center for Immunization and Respiratory Diseases with the Centers for Disease Control and Prevention.

She testified there is overwhelming scientific evidence of flu vaccine safety. Of the nearly 170 million doses administered last year, Messonnier said less than .01 percent of those receiving a vaccine reported a potential adverse event. Injection site reactions were the most common type of adverse event reported.

The seasonal flu is hitting the southern U.S. hard right now. So far, flu activity in Wisconsin is low, and Haupt said they don't know when it will peak.