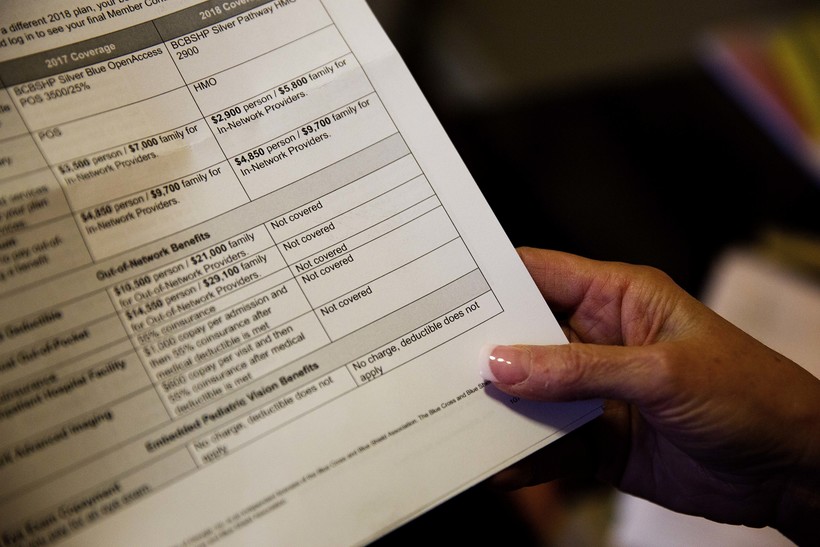 Many Of Those Surveyed Report They Don't Have Money Set Aside For A Medical Emergency
By Shamane Mills
Share:

The complexity and cost of health care is a concern for people across the country. Having insurance helps, but a survey of public employees in Wisconsin finds many don’t understand their policies and most would have a hard time coming up with money for a medical emergency.

Employees in Wisconsin Group Health Insurance Program surveyed in March report that cost sometimes prevents them from going to the doctor. And just 35 percent are confident they could pay for an emergency — medical or otherwise — costing $2,000 or more.

A report by the Center for Financial Security at the University of Wisconsin-Madison La Follette School of Public Affairs found nearly one-third of the more than 2,000 people surveyed reported skipping a test or treatment due to costs.

However, there was no real difference between those who had high-deductible plans under the state benefits program and those who had traditional plans. It was more a matter of delaying care until insurance kicked in after the deductible had been met.

"Generally, everyone is facing more and more out-of-pocket costs for health care. And it's affecting decisions that they make about their health care," said J. Michael Collins, faculty director of the Center for Financial Security, who led the survey.

The survey of public workers in Wisconsin looked at how well those in the state's health plan are managing out-of-pocket expenses. It found employees generally are confused about out-of-pocket costs and that most overestimate what their deductible is.

"I think it's understandable people get confused. It's not like going to a mechanic and having something fixed where you know what you're going to pay," Collins said, adding "it's very hard for people to navigate the health care system" because pricing can be opaque and many policy holders don't find out until weeks or months later how much is covered by insurance.

That confusion extends to what services are covered and may discourage people from getting care.

The report found between 16-22 percent thought an annual physical would cost more than $100 out of pocket. Federal law under the Affordable Care Act requires preventive medical care be covered by insurance. However sometimes the line is blurred between what’s preventive care, depending on whether the procedure is considered a screening or diagnosis. One example is when patients having colonoscopies sometimes have to pay after a polyp is found during a cancer screening.

All 50 states provide health coverage for their state employees. However the amount of coverage and the portion paid by the employees varies. An analysis last year by the National Conference of State Legislatures shows state fiscal pressures are boosting employee’s share of health costs.

More than 250,000 state and local employees are covered under the Wisconsin’s Group Health Insurance Program.