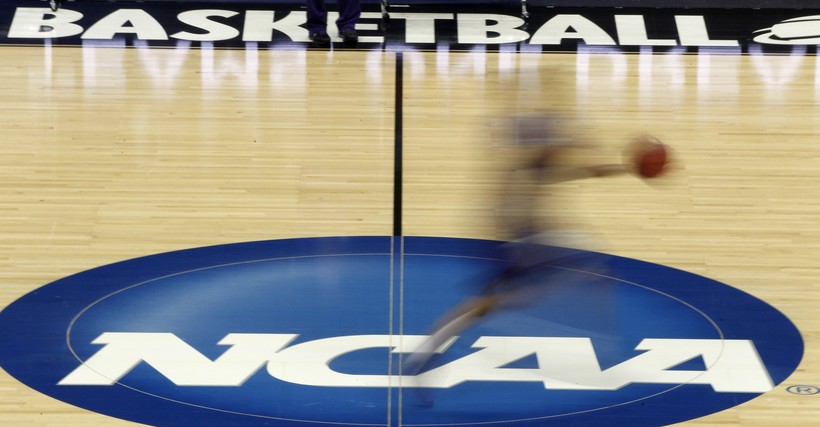 In this photo made with a long exposure, a player runs across the NCAA logo at midcourt during practice in Pittsburgh before an NCAA tournament college basketball game. Keith Srakocic/AP File Photo

A recent survey found nearly a quarter of Division I college athletes experienced food insecurity in the last 30 days and almost 14 percent experienced homelessness in the previous year.

Anecdotal reports have circulated for years about college athletes — many who have received athletic scholarships — unable to afford regular meals, or couchsurfing because they can’t afford rent.

But researchers didn’t know the extent of the problem, said Sara Goldrick-Rab, professor of higher education policy and sociology at Temple University and author of the survey.

For Division II, III and two-year college athletes, the picture is even more stark.

"One of the things that we were kind of stunned at is that we found rates of food insecurity for those students were almost as high as they were for the non-athletes," she said.

At two-year colleges, food insecurity reaches as high as 43 percent for non-athletes and 39 percent for athletes.

Yet the data, collected in fall 2019, was gathered before the coronavirus pandemic threw even greater uncertainty and insecurity in place.

"We don't really understand yet all the implications of what's happening, with seasons being suspended or postponed, etc., for their scholarships," she said. "And finally, there are some NCAA rules that would seem like it would keep them from being able to get the extra support that other students may be receiving right now."

Erin McGeoy, a former water polo athlete at George Washington University, knows firsthand what it’s like to be food and housing insecure — which Goldrick-Rab defined as not having enough money to be able to eat on a regular basis, and not having a fixed, regular nighttime residence.

McGeoy received a partial athletic scholarship, an academic scholarship, financial aid and work study for all four years. It enabled her to attend George Washington in Washington, D.C., but left gaps, particularly when it came to her meal plan.

"It wasn't unlimited," she said. "So a common occurrence was that we would run out of meal money halfway through the semester and that's when I started to run into troubles of food insecurity."

McGeoy, who graduated in 2018, turned to living a "freegan" lifestyle when she ran out of money for food. She followed university listservs and would plan her week around events where she knew there would be free food.

After evening workouts, she would go directly to sleep so she didn’t have to pay for dinner, she said.

Then, as the cost of housing increased each year, McGeoy also experienced housing insecurity. By her senior year, when housing and security were at their worst she boarded dogs in her no-dog apartment.

"Boarding those dogs in my apartment was what enabled me to pay rent," she said. "It kind of seemed like my only option."

Struggling for stable housing and food made McGeoy feel isolated, she said. But when she created a Facebook group called "Free Food in Foggy Bottom," referring to the Washington neighborhood, that reached roughly 500 members, she realized she wasn’t alone.

Goldrick-Rab said many athletes feel a tremendous amount of shame.

"To be honest, I think that's why so many of us didn't know about this problem," she said. "They feel profoundly alone and many of them actually think in some way that they have caused this problem, that this is their fault."

Goldrick-Rab said she’s seen a few signals that these issues could be addressed by the NCAA in the future — one thing she’s seen discussed is a potential emergency aid fund.

To McGeoy, the NCAA’s No. 1 focus should be on the well-being of student athletes. 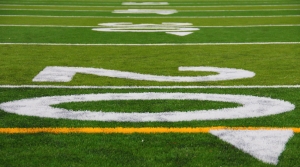 A new survey looking at student-athletes found widespread food insecurity and homelessness among this population. We look at the rules restricting their access to housing and nutrition, discuss whether student-athletes should be paid to play, and consider how the coronavirus pandemic is exacerbating these struggles.