The United States surgeon general issued an advisory Tuesday calling teen use of electronic cigarettes an epidemic. This comes as leaders across Wisconsin continue to try to get the word out on the dangers of vaping.

Not all vaping products have nicotine but those that do, carry the same potential for addiction as cigarettes. Nicotine exposure during adolescence can be harmful to their developing brains, according to the Surgeon Genera's Office.

Health officials warn that even the products that don't have nicotine can contain other harmful metals like tin and lead, as well as chemicals like diacetyl, which has been linked to lung disease and is used for flavoring the liquid used in vaping products.

Students who wouldn't normally smoke are vaping, said Lori Anderson, a professor at the University of Wisconsin-Madison College of Nursing and expert on teen risk-taking behavior.

"They think smoking is disgusting, we've been effective in our messages there, but that vaping is a cool thing to do," she said.

Still, some in the medical community worry vaping could lead to the smoking of actual cigarettes. Because of that growing concern, Milwaukee implemented a ban this summer on e-cigarette use wherever cigarettes are banned.

On Monday, Stevens Point City Council, including councilwoman Mary Kneebone, voted to make purchasing and possessing vaping products by minors illegal. The council also voted to prohibit adults from giving minors any kind of e-cigarette product. Fines range from $50 to $100 plus court costs.

For Kneebone, the concerns about vaping are personal because she’s a former smoker. She said while high schoolers may know the risks of vaping, she’s concerned about middle schoolers who might not.

"I think younger and younger kids start to think it’s cool and who knows what kind of health effects that will have on these growing young bodies," she said.

The problem as described to councilors by school authorities and law enforcement, said city councilwoman Heidi Oberstadt, is that it’s hard to crack down on students vaping nicotine.

"Most people I think know that vaping products, whether they contain nicotine or not, all look very similar," said Oberstadt. 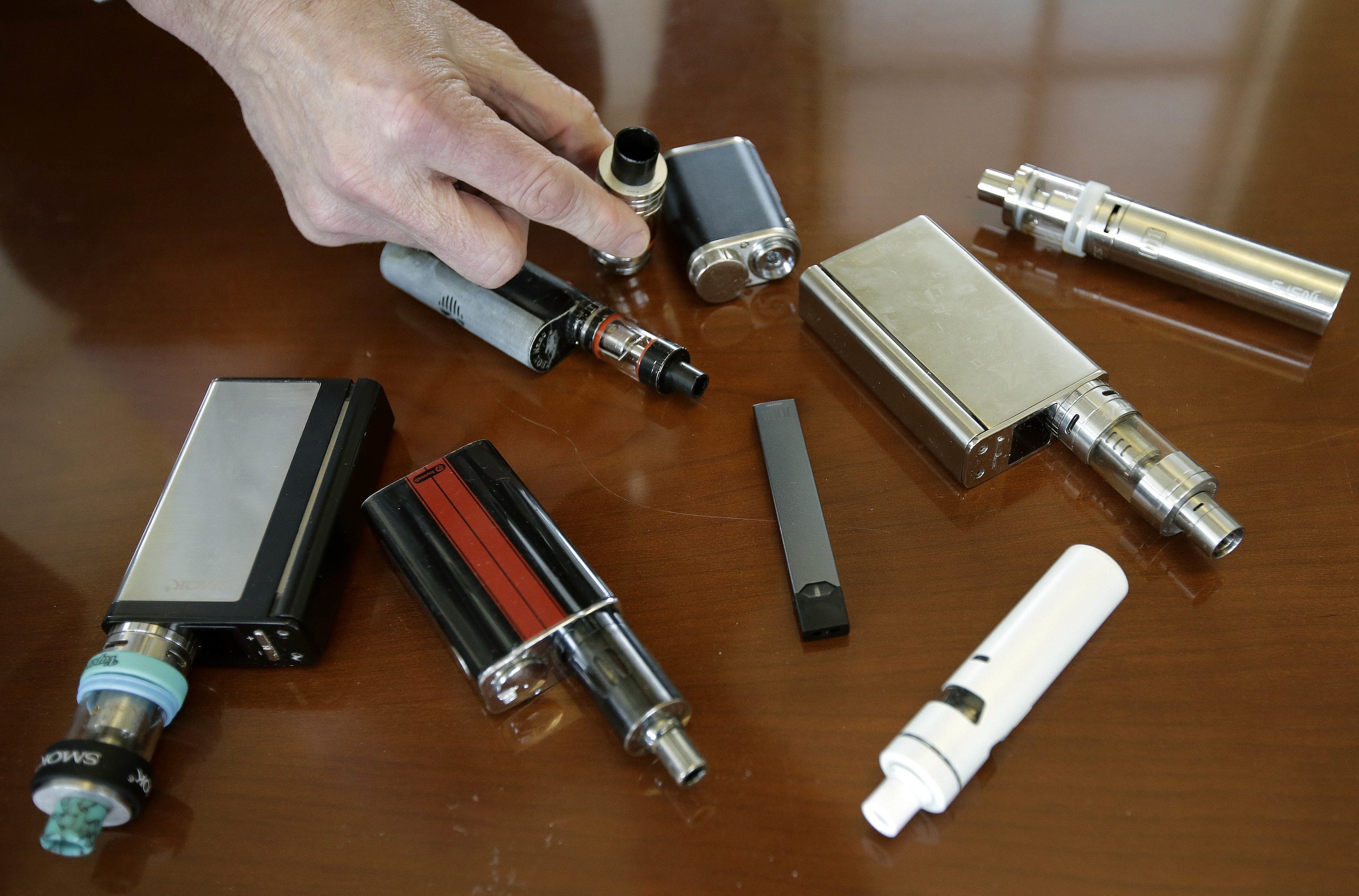 E-cigarettes may not look like cigarettes at all. They can come in the size of pens or USB flash drives where users can replace liquid cartridges that come in an assortment of flavors like candy or fruits. The surgeon general's advisory warned of the JUUL products that look like USBs.

The advisory also warned that 1 in 5 high school students in the country reported using e-cigarettes, and said JUUL cartridges, which hold the greatest market share in the country, could hold as much nicotine as 20 packs of actual cigarettes.

Oberstadt and Kneebone said they voted in favor of the ordinance to help enforce an existing law that makes tobacco use illegal among minors.

"When the administration and police department brought it to us as a necessary adjustment, we had no problem giving them that tool," Oberstadt said.

"We felt that it was important that none of this be allowed to come into the hands of minors, and it makes it a whole lot easier for the school system and the police to kinda crack down the problem," Kneebone said.

The state has also been taking steps to inform parents about vaping.

The state launched its "Tobacco is Changing" campaign last year and has been on a break recently, but is expected to pick up again early 2019.

Spencer Straub is the media and communications coordinator for the state’s Tobacco Prevention and Control Program, part of the Wisconsin Department of Health Services.

Spencer said parents need to update their thinking about tobacco use, even though it can be intimidating to learn about these new products, and it may seen that young people know more about them than adults.

"The talk about tobacco use in the home it needs to include more than cigarettes at this point," Spencer explained. "It seems youth have heard that message, and have responded to that message, but more and more they’re turning to other products, so we really need to shift our thinking when it comes to tobacco."

Straub said it was encouraging to see the nation’s top doctor weigh in the issue of vaping.

The U.S. Food and Drug Administration wants to ban these products from places like gas stations to discourage teen vaping.