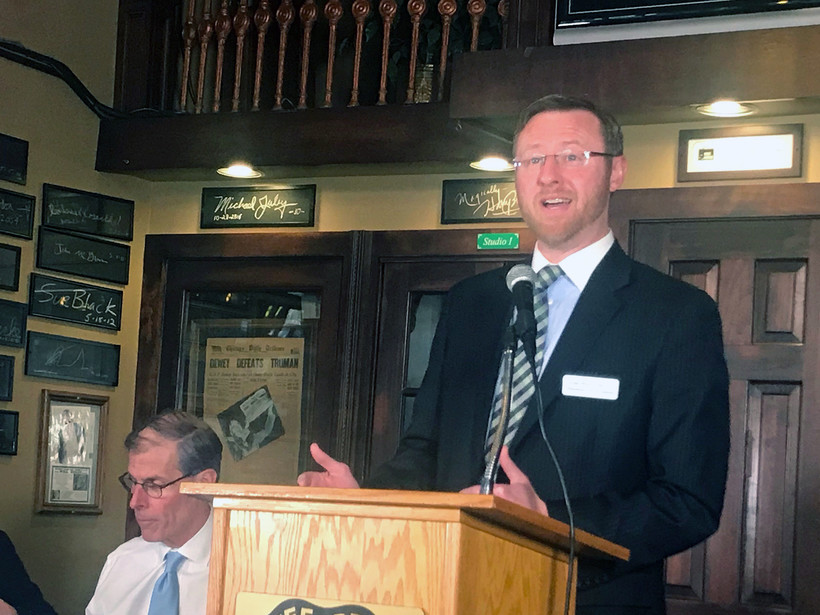 The conservative state appeals court judge has been under fire for comments and blog posts regarding gay rights and abortion. Hagedorn pledged Wednesday during a panel discussion at the Milwaukee Press Club to put his personal views aside while on the bench.

"The real critical question is do you have a judicial philosophy that says we are going to lay aside whatever our personal views are and we're going to apply the law faithfully," Hagedorn said. "I do have that philosophy. I have carried that out, and I don't have confidence my opponent is going to do the same on the Wisconsin Supreme Court."

Hagedorn and state Appeals Court Judge Lisa Neubauer are seeking to replace Justice Shirley Abrahamson, who has served the court for more than four decades. Neubauer was invited to the press club event, but declined.

Hagedorn and Neubauer sit on the Waukesha-based District II Court of Appeals. Hagedorn was appointed to the Court of Appeals by former Gov. Scott Walker in 2015 and was elected in 2017. Before that, he was Walker’s chief legal counsel.

Hagedorn’s pledge to be non-partisan was challenged by journalists who pointed out that while serving as Walker’s chief legal counsel, he sent out a personal email in support of then-Supreme Court Justice David Prosser. The email said Prosser’s defeat could stop Walker’s agenda.

Hagedorn defended the email, saying it wasn’t partisan politics. He said under Abrahamson, he knew how all of his cases would be decided, regardless of merit.

"My opponent has held (Abrahamson) up as a model," Hagedorn said. "That’s a way we can’t go. We need a court that is faithful to the application of the law."

Hagedorn's personal beliefs regarding same-sex marriage and abortion have caused previous supporters to back away. Last month, the Wisconsin Realtors Association, pulled its endorsement and asked for $18,000 in campaign contributions back after reports about Hagedorn’s ties to a school that bans gay students, teachers and parents.

The Milwaukee Journal Sentinel reported Wednesday the U.S. Chamber of Commerce won't spend money on this year’s race because of Hagedorn’s ties to the school. The national organization often gives money to Wisconsin Manufacturers & Commerce to help conservatives in court races, according to the Journal Sentinel.

"The fact that I expressed mine when I was a law student, and now, doesn’t make me unique," Hagedorn said. "Regardless of my personal views from law school, or today, my job is to be faithful and apply governing precedent to the United States Court."