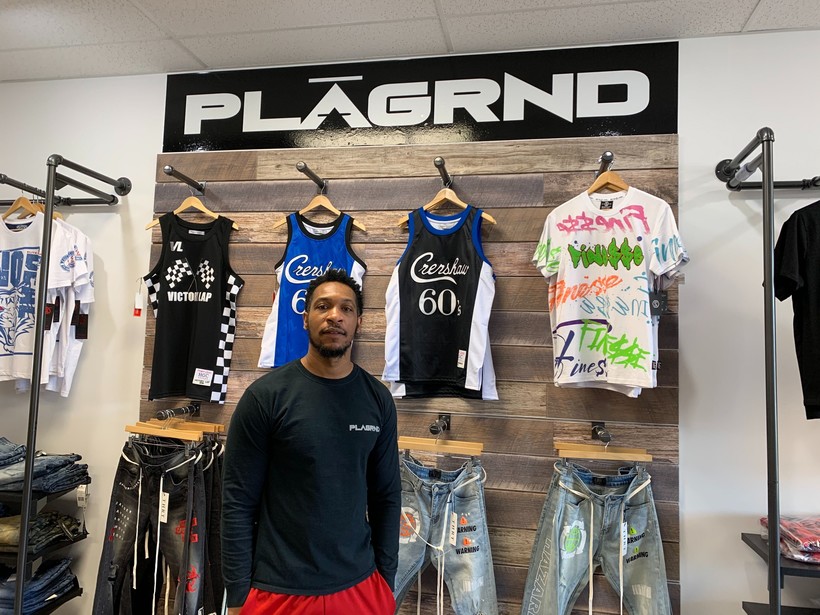 Synika Kirk opened PLAGRND in December, after he realized Green Bay didn't have many clothing stores for men. He's gotten a positive response from the community, he said. The store carries brands that are popular with young shoppers like Cookies and Supreme.

Synika Kirk opened his clothing store, PLAGRND, in December after he realized there weren’t a lot of options for urban men’s wear in Green Bay. But months later, he faced a challenge that’s still rocking even the most established small businesses: the coronavirus shutdown.

PLAGRND was one of the first stores in the area to stock cloth face masks. It helped. Still, it hasn’t been easy, Kirk said.

"It definitely slowed down the business," he said.

Then on May 31, burglars smashed PLAGRND’s glass door and stole merchandise. It was the same night protests got heated in Green Bay in the wake of George Floyd’s death. Floyd, a 46-year-old Black man, was killed by police in Minneapolis late last month. Since then, thousands have marched in demonstrations across the state.

Kirk said he doesn't believe any protesters were involved in the burglary, but still it was another setback.

When news of what happened that night hit Green Bay, many community members wanted to help. The protest organizers, who condemned the burglary as well as damage that occurred that night at a gas station on the other side of town, created a GoFundMe page that’s raised more than $4,000 to help the store.

Some people dropped by to help Kirk clean up, while others brought back stolen merchandise they found for sale online. In recent weeks, people from all different backgrounds have stopped in to check out the store, Kirk said. He’s gotten lots of positive feedback from shoppers, he said.

"I got a lot of support from the community, a lot of donations, significant donations actually, so it's been a good moment for me," he said.

The protests are ongoing, and in addition to taking to the streets, some Wisconsinites have opted to show their support for the Black Lives Matter movement with their pocketbooks.

In recent weeks, news organizations across the state have published lists of the Black-owned businesses in their area. This comes as both the coronavirus pandemic and the protests have highlighted racial disparities across the country and in Wisconsin.

A recent study from the personal finance website WalletHub ranked Wisconsin last among all U.S. states in terms of racial equality in its economy. According to the site, the median annual income gap between Black and white residents is larger in Wisconsin than any other state.

Meanwhile, Black Wisconsinites account for just 6 percent of the state's total population, but nearly 20 percent of its COVID-19 cases, according to the Wisconsin Department of Health Services. 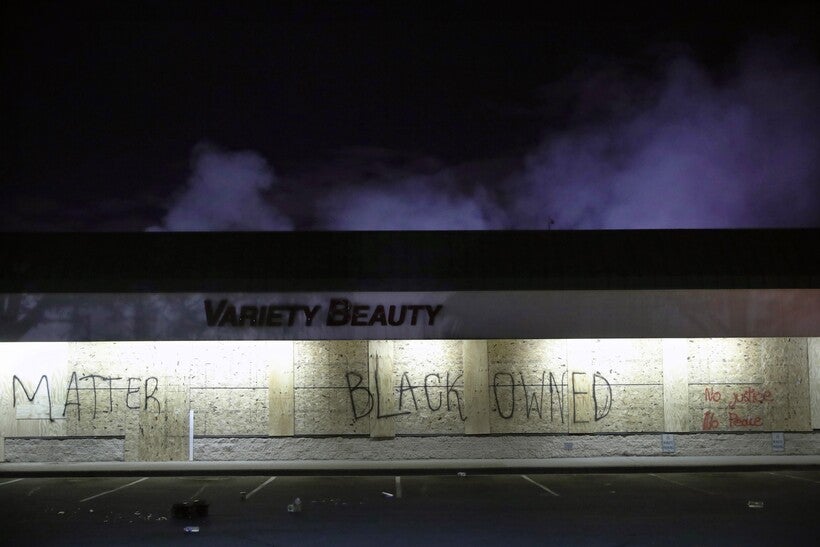 A couple of hours south of Green Bay, Rick Banks and his business partner, Paul Wellington, recently started a venture of their own. In January, they launched MKE Black, a nonprofit database of Black-owned businesses available online or by Android app. Users can search for businesses by neighborhood or business type.

Banks had been kicking around the idea of a Black-owned business database ever since he began studying economics and political science in college, he said. But MKE Black didn’t get underway until Wellington, a full-time librarian and friend since middle school, pitched him a similar concept about a year ago.

Banks, a Milwaukee native, was surprised to see just how many Black-owned businesses there are in southeast Wisconsin. Recently, new businesses have been asking to be added to the list almost every day, he said. Right now, it has about 400 businesses, including auto shops, accountants, law firms and more.

Banks, who works as political director for an organization called Black Leaders Organizing for Communities, said he’s noticed an uptick in interest surrounding MKE Black. The site saw its highest day of traffic in early June with more than 20,000 users, he said.

In addition to maintaining the database, MKE Black has also spearheaded fundraising efforts to support Black business owners amid the pandemic, which has been shown to disproportionately affect them.

A recent survey conducted by the Global Strategy Group, showed just 12 percent of Black and Hispanic business owners received the funding they requested through the Paycheck Protection Program. The program, which was created as part of a federal stimulus package, is intended to help businesses keep employees on their payrolls and off unemployment.

In addition, a new paper from Stanford University shows Black business owners across the country were unable to work in April at more than twice the rate of their white counterparts.

Between the pandemic, the resulting economic downturn, and the protests, 2020 is sure to be a year students study in history class. But Dr. Henry McKoy, a faculty member at the School of Business at North Carolina Central University, isn't sure society has reached a tipping point.

Before he was assassinated, Dr. Martin Luther King Jr. focused on economic equality, McKoy said. There was a belief during the civil rights movement that integration would go both ways — white people would begin spending their money at Black-owned businesses and vice versa, he said.

While some consumers may be more aware of where they spend their money, the issues that Black business owners have historically faced, like denial of credit or access to capital, aren't going to be solved overnight, he said. Those factors can make it difficult for Black-owned businesses to grow.

Though McKoy says this moment is unique in that institutional racism has entered the mainstream discussion and major corporations are speaking out, there are other factors that could make it difficult to sustain. Generations of discrimination have made it so that Black-owned businesses are overrepresented in some places and underrepresented in others, he said. The same often goes for business type.

"It's really challenging to say, 'OK, I need to build a new home. Let me find a Black contractor. I need to buy a new car. I need to find a Black dealer, and you don't have a Black manufacturer," he said. "So it's much deeper and more complicated than simply the idea that the consumer has a dollar."

Still, the current push to support Black-owned businesses may help some entrepreneurs, like Kirk, in the long term. Happy customers are likely to come back.