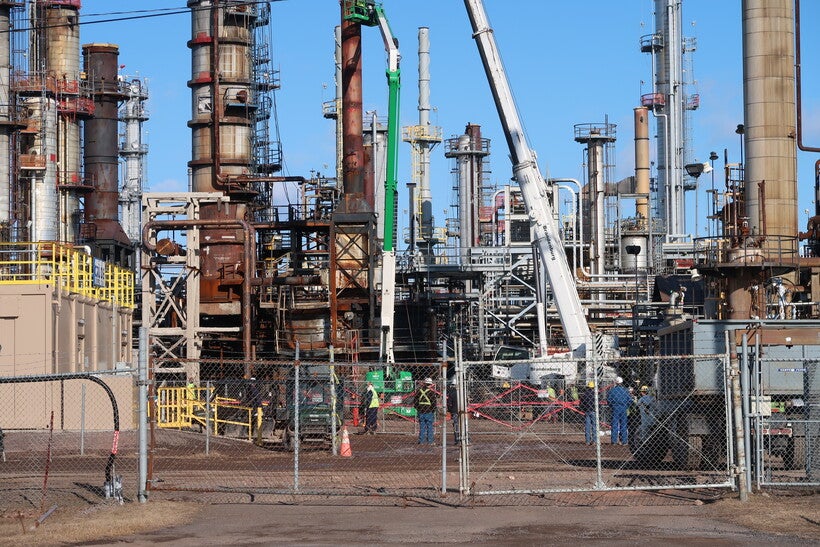 Canadian-based Husky Energy is expecting the cost of rebuilding its Superior oil refinery to nearly double.

The company is now saying it’s planning for the rebuild to cost $750 million. Husky previously said it would cost $400 million to rebuild in the wake of an explosion at its refinery in 2018.

The details were provided following Husky’s fourth quarter and annual earnings report Thursday. A Husky spokesperson did not attribute the increase to any specific factor.

The company expects rebuild costs will be largely covered by insurance.

"However, the modernizations and enhanced safety features we will be putting in place are not covered by insurance, and we expect those to cost about US $150 to $200 million," Kim Guttormson, Husky spokesperson, wrote in an email.

In Canadian dollars, Husky generated $3.3 billion from operations last year, down from $4 billion in 2018. The company attributed the decline to a mix of factors, including extended maintenance or shutdowns at its United States refineries and lower commodity prices.

The company spent $3.4 billion on capital expenditures last year, including $113 million on the Superior refinery rebuild.

The company said it's also conducting a thorough mechanical inspection of a tower that was reported to be at risk of falling last week. Husky expects to secure the stack with a crane, adding it won't delay the restart of the refinery.