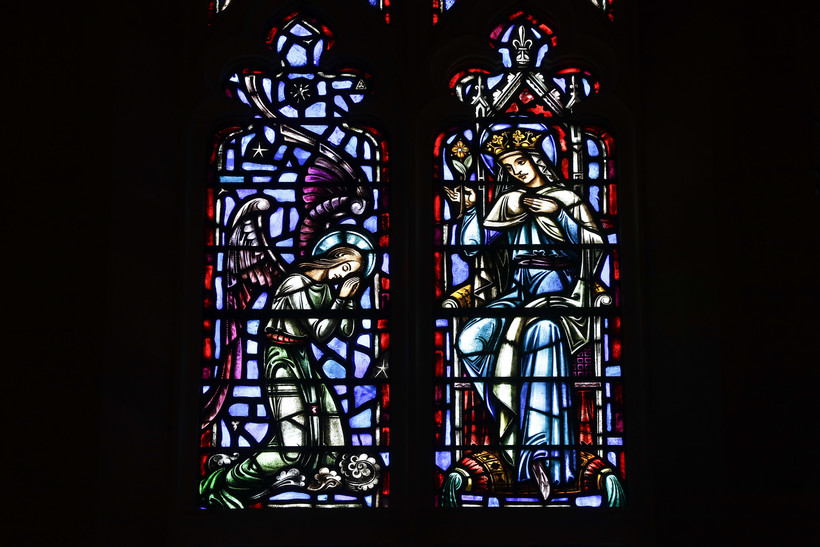 The list is the latest published by a Wisconsin religious organization
By Danielle Kaeding
Updated:
Wednesday, November 23, 2022, 3:00pm
Share:

The Catholic Diocese of Superior has released names of almost two dozen clergy that it says have had credible claims of sexually abusing minors made against them, including one placed on leave from the ministry as recently as September.

The website for the diocese shows Bartelme retired in 2016. He was assigned to parishes in Chetek, Barron, Cameron and Strickland. Online court records show no charges have been filed against Bartelme.

The diocese said the list stems from three separate reviews of clergy files, including one analysis by private security consulting firm Defenbaugh & Associates, Inc. Bishop James P. Powers of the Catholic Diocese of Superior apologized on behalf of the church and said he prays for healing for survivors of abuse, their families and friends.

"I wish we could go back in time and undo all of the hurt and pain, the sins of the past. But we cannot," said Bishop James P. Powers in a letter to parishioners. "What we can do is learn from the past and do everything in our power to never repeat the abuse. I firmly believe that the Diocese of Superior is clearly on the right path in protecting our children."

The list of the accused includes priests and other faith leaders who have served with the diocese, including credible allegations at other dioceses outside Wisconsin.

Nate’s Mission, an advocacy group seeking to end clergy abuse, questioned the legitimacy of the list released by the Superior Diocese. Peter Isley, the nonprofit’s program director, said such a list is only as truthful as the people compiling it. He criticized the timing of the list’s release after 5 p.m. on a Tuesday before a holiday weekend.

"That alone should be of concern because that's not taking it very seriously," said Isley.

Isley said Wisconsin Attorney General Josh Kaul needs to verify whether Superior’s list is accurate, as well as those published by the state’s four other dioceses.

"He needs to get in there into that diocese, and they should cooperate with him," Isley said. "They have no excuse not to cooperate anymore."

Last year, Kaul launched a statewide independent review of reported abuse by clergy and leaders of faith organizations. In April of this year, Kaul said officials had received 204 reports that led to criminal charges in one case. The list of names from the Catholic Diocese of Superior brings the total number of individuals accused statewide to nearly 180. The Wisconsin Department of Justice didn’t return a request for comment.

Dan Blank, administrative services director with the diocese, said the diocese is regularly in touch with the Attorney General’s office. Even so, Blank said the diocese didn’t provide a copy of the list to state justice officials prior to its publication. The diocese also hasn’t released its files to the state. Blank cited issues surrounding separation of church and state, adding that law enforcement must establish probable cause to secure a subpoena for any records.

Last year, Kaul said not all of the state’s five Catholic dioceses were cooperating with the statewide inquiry. In June 2021, the Archdiocese of Milwaukee challenged a request for documents as part of the review, saying it was "unreasonably broad" in scope. The diocese also challenged Kaul’s authority to launch the investigation and raised concerns that the review only targeted the Catholic Church.

The Superior Diocese was the last of the state’s five dioceses to release names of clergy with credible allegations against them. The diocese launched its review in 2019 and hired Defenbaugh & Associates.

Blank said the firm provided a report to the diocese in December that year. During the COVID-19 pandemic, the diocese began an internal analysis of the findings with its abuse review board to determine a legal standard for naming individuals with long-standing abuse reports dating back many years. Blank said the diocese finalized its research and documentation over the last several months before releasing the names.

"It wasn't as simple as just taking (the independent consultant’s) report and saying, 'Here's who they think we should list,'" said Blank. "The Bishop had to review them personally. He had to go through the process…and that took a lot of time."

Blank said the board’s review continued off and on during the pandemic, examining 40 to 50 cases flagged for potential abuse. Even so, he said there were no cases that Defenbaugh identified that weren’t reflected by the diocese’s list.

In the case of Father Bartelme, Blank said the retired priest was placed on administrative leave last fall, noting the diocese received reports from middle-aged adults around 2014. The reports referred to an incident when they were teenagers. He said the diocese didn’t refer the case to authorities because the victim and witness did not want to involve law enforcement. Blank added Bishops Peter Christensen and Powers struggled with how to handle the case based on the facts and Bartleme’s version of events. Bartleme didn’t return a request for comment.

"The Bishops felt that he was safe to minister despite the known report. Let's just say there were precautions and supervisions put in place," said Blank, who didn't divulge specific examples.

Blank said naming Bartleme was long overdue, adding there’s never been a safer time at the diocese. He said there’s been a dramatic culture shift to embrace more openness and transparency, crediting victims for their bravery in highlighting abuse.

"If a fresh report came in, there would be an immediate administrative leave for an internal investigation and cooperation with law enforcement depending on the nature of the report," Blank said. "If there was a report of a current minor, we have mandatory reporting rules to make a report to law enforcement immediately."

Blank said he’s aware of no other reports of abuse, although the diocese is prepared to receive any additional allegations that may result from its list.

Nate’s Mission claims that dioceses are still withholding names of alleged abusers, including 69 names in addition to 48 that have already been published by the Diocese of Green Bay. The group turned over whistleblower documents to the Wisconsin Department of Justice this year that Isely alleges demonstrate a systematic cover-up of abuse at each of the state’s five dioceses.

"To a victim, they can often recover from the assault and the abuse itself, it often takes a long time," said Isely. "But, the thing that is most difficult, that is an unending wound, is the cover-up of these crimes."

Blank said the Superior Diocese didn't cover up reports of abuse, noting there wasn't as much public demand to disclose abuse in the past.

The Wisconsin Department of Justice has encouraged victims to report abuse committed in any religious organization. The department has said any information provided by victims will not be shared or acted on without their consent. Those who report abuse can remain anonymous, and people can make reports online or by calling 1-877-222-2620.

The DOJ plans to issue a report of its findings once the statewide review is complete.