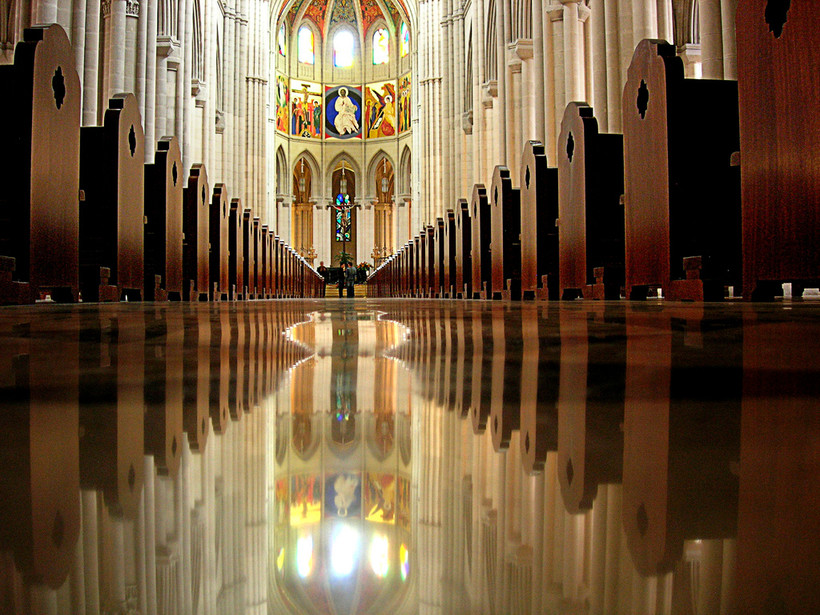 The state Department of Justice said 51 survivors reported case for the first time and more than 150 people have been accused
By Hope Kirwan
Updated:
Tuesday, April 19, 2022, 2:30pm
Share:

After nearly a year of receiving reports from survivors of abuse by faith community leaders, the state attorney general said a statewide inquiry has received over 200 reports and led to criminal charges being filed in one case.

Attorney General Josh Kaul launched the statewide Clergy and Faith Leader Abuse Initiative in April 2021, saying survivors and their families deserved "a fair and independent review" of abuse by clergy members and leaders of faith organizations.

Kaul’s office released the latest details about the inquiry on Tuesday. State officials have received a total of 204 completed reports through their phone line and online reporting tool. The DOJ said 51 of those people reported their case for the first time. More than 150 individuals have been accused of abuse.

The update from DOJ also announced that one report led to criminal charges being filed against a former church camp counselor.

The Waushara District Attorney charged Remington Nystrom with child sexual assault in early February after the survivor agreed to have his report to the DOJ forwarded to county officials. The press release said the survivor had not previously reported the abuse to law enforcement.

In an interview with Wisconsin Public Radio, Kaul said he's not surprised that only one report has led to criminal charges. He said DOJ officials anticipated that many reports would be "historical in nature."

"Some are decades old and, you know, the majority of people who've reported to us have previously reported allegations of abuse," Kaul said. "The (Catholic) dioceses in Wisconsin have published a list of credibly accused priests. And a number of reports that we've received involve cases where the alleged perpetrator is either deceased or involve facts that are outside the statute of limitations."

He said the agency is prioritizing cases that are potentially prosecutable and is committed to working with local law enforcement to bring prosecutions.

Kaul said he’s happy with the progress that’s been made so far with the initiative.

Teams of investigators, prosecutors and advocates continue to review all the cases that have come in over the last year.

"The number of reports we're seeing shows me that one of our goals, which was to set up a safe and trusted place for people to report, is being met. And the reason that's important is because it means that survivors who never previously felt comfortable reporting now are and can be connected to victim services," he said.

He said the agency also plans to provide a public report of what they’ve learned through the initiative in an effort to improve public awareness of the issue and prevent future abuse.

Sara Larson is executive director of Awake Milwaukee, a grassroots organization of Catholics responding to abuse within the Catholic Church. Larson said she’s spoken with several survivors who have made reports through DOJ’s initiative, including individuals who were reporting abuse for the first time.

"There are a lot of things that can go wrong in the reporting process and a lot of things that someone can say that can be really harmful, and I have not heard any stories like that. What I have heard from people is that they were received well, they were listened to, they were treated with care," Larson said. "Now that doesn't mean that in every case they're going to achieve the results they would hope for. I think most people making reports know that as well, that there are limitations including the statute of limitations that might make prosecution impossible in their cases."

She said even if prosecution isn’t possible, many survivors can benefit from feeling like they were heard and believed. Larson also hopes talking about the issue of abuse by faith leaders at the state level will help prevent future abuse from happening.

She said she hopes Catholics in particular will embrace the initiative as an opportunity to recognize previous harm and look for ways to improve.

"There's no silver bullet, there's no investigation that will reveal the whole truth. But my greatest hope is that this investigation will be at least one step towards justice and healing for those who have been harmed," Larson said.

The DOJ's press release said the initiative will remain active in order to allow survivors ample time to report instances of abuse and to continue connecting those who are affected with support. The press release said survivors who contact DOJ will "be in control of what happens following their report."