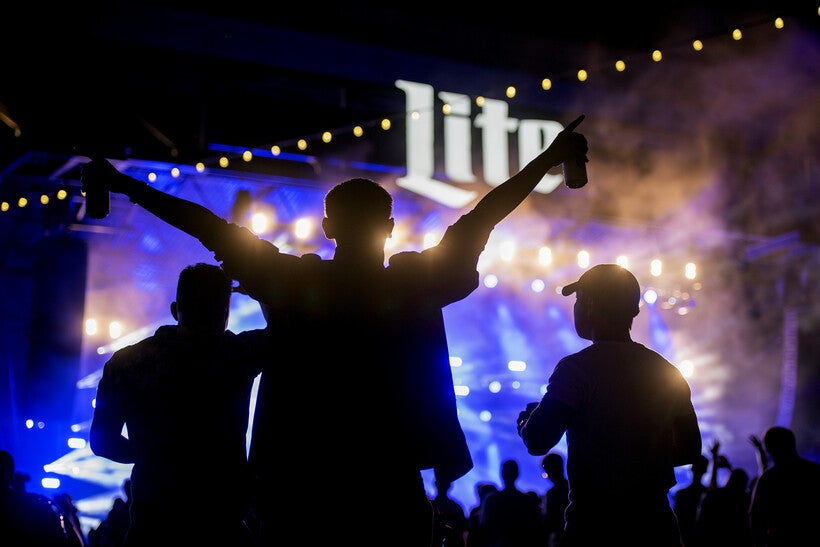 This summer will mark a return to normal for Milwaukee’s Summerfest and many other music festivals around the state.

The annual event in downtown Milwaukee is Wisconsin’s largest festival, and it usually draws about 800,000 people from Milwaukee, the state and around the world.

The festival was canceled in 2020 because of the COVID-19 pandemic, marking the first time the event was called off in its 53-year run. Summerfest organizers brought back the festival in 2021 but delayed the shows until September.

Summerfest entertainment director Scott Ziel said organizers are excited to be back to their usual season from late June to early July.

"That's when people are really excited to come out and see music and be a part of the festival experience. So we're very, very excited to be back to normal," Ziel said.

He said the festival decided to keep the three weekend format they used in 2021 in the hopes of allowing more people to attend the event. Shows will be held on June 23-25, June 30-July 2 and July 7-9.

"We have a lot of school teachers that have a long tradition of working at the festival and helping us. So when we moved the festival to September, that became very difficult and just in general, you know, the labor pool was much, much smaller," he said. "The first week of April, we're having our first job fair and based on the number of people who have registered so far, you can tell it feels much better and I think we'll be in a better position to have a larger workforce this summer."

Ziel said Summerfest will not have any COVID-19 testing or vaccine requirements for attendees this year, based on the current number of COVID-19 cases in the state and the decline in case numbers last spring that organizers hope will happen again this year. 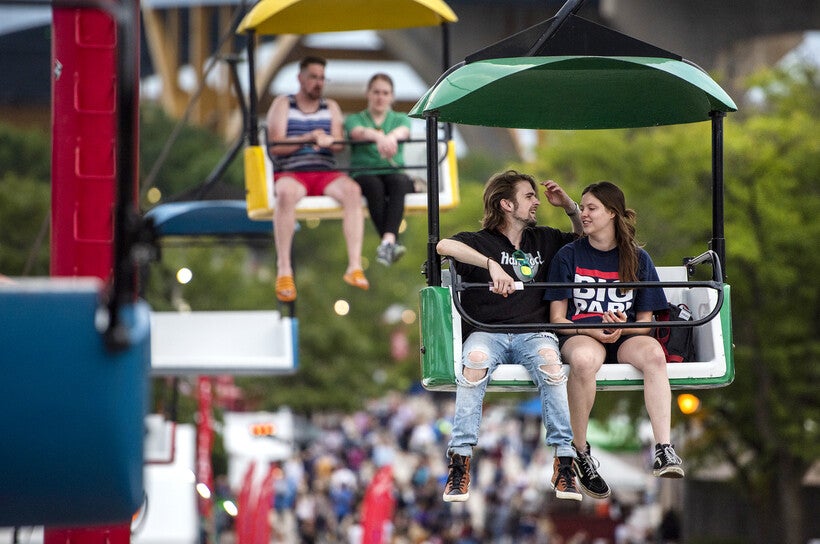 Blue Ox Music Festival in Eau Claire is also returning to its usual June dates for the 2022 season, taking place this year June 23-25. The western Wisconsin festival was held virtually in 2020 and shifted their 2021 event to August last year in the hope that COVID-19 case numbers would be down.

Mark Bischel, an organizer for Blue Ox, said putting together this year’s festival has felt a lot closer to normal.

"We don't know 100 percent what to expect. But at the same time, I think us and our attendees are both moving to look at this as more of a normal year," Bischel said. "We've found that there may be more competition (for bands) and I think there are even a lot of new festivals that we haven't seen before this year."

He said scheduling has also been complicated by bands trying to honor rescheduling shows that were canceled because of the pandemic.

Blue Ox will bring in Old Crow Medicine Show, Punch Brothers, Béla Fleck’s My Bluegrass Heart and more than 40 other artists for the three-day festival. That includes several bands with Wisconsin connections, like Horseshoes & Hand Grenades, Them Coulee Boys and Armchair Boogie.

Bischel said one trend that is here to stay from pandemic-era festivals is livestreaming shows for an online audience. Blue Ox had already started livestreaming parts of their festival before the pandemic, and Bischel said he thinks many events will continue to try to cater to a virtual audience.

"I think people have gotten used to things maybe being a little smaller. I don’t know if as a whole, people are ready for a super crowded environment," he said. "That's something that we've always kind of taken pride with is we do want it to feel intimate and small. And I think that's something that might be just a consumer taste type of thing."

Jon Kaiser is organizer of Northwoods Rock Rally in Glen Flora. He took over the event in 2021 and brought it back for the first time since 2018, with a few COVID-related precautions like limiting attendees to 1,000 people and masking requirements backstage.

Kaiser said booking bands last year was challenging, with some groups remaining cautious about COVID-19 and others eager to book shows and recoup lost revenue from 2020.

"It seems like the industry is back to pretty close to normal, I'd say. A lot of bands are kind of overvalued right now just because they haven't played at all since 2019," Kaiser said. "There's a lot of demand and that drives up the value, which hurts festivals trying to book a lot of bands like I do."

He said costs to put on the festival are up 20 to 40 percent across the board, including for things like generators or hiring contractors to set up the festival grounds. But he said there are also more food vendors popping up and more volunteers ready to help with the event.

Northwoods Rock Rally will be Aug. 18-20 and will feature 10 Years, Nonpoint and 25 bands from around Wisconsin.