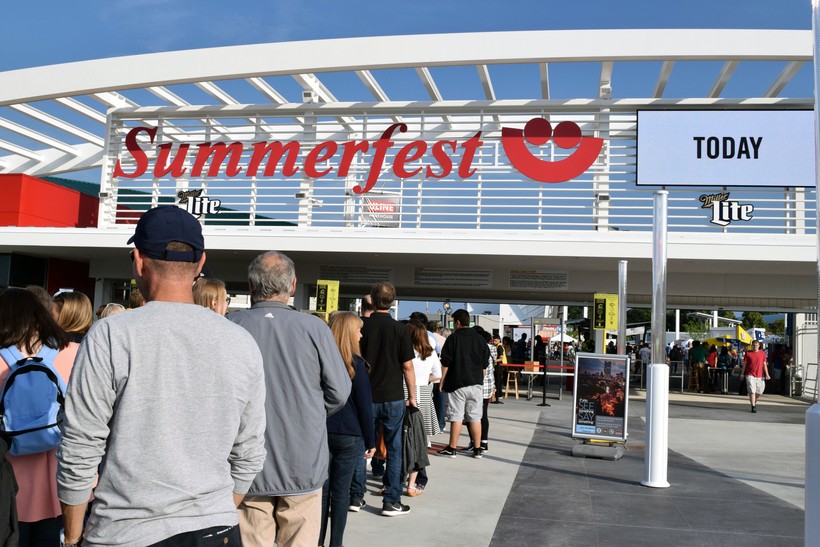 Summerfest, Milwaukee's annual multi-day music festival along the city's lakefront, will be in September this year.

The 11-day music festival typically takes place from the end of June into the beginning of July. This year, it will be held September 2-4, 9-11 and 16-18, when more people will have received the coronavirus vaccine, according to an announcement released by organizers Tuesday.

"While the progress made through the vaccine rollout is encouraging, we believe it is in the public’s best interest to hold the festival in September to give government leaders and healthcare organizations enough time to distribute the vaccine," the announcement reads.

We are excited to get the live music industry back in action and to welcome fans back, but in order to allow healthcare professionals more time to distribute the vaccine, Summerfest 2021 will be held September 2-4, 9-11 & 16-18. Save those dates, and we'll see you in September! pic.twitter.com/pg0Dh93Aj0

Summerfest 2020 and 2021 general admission tickets already issued can be used for the new September dates. Refunds are also available.

The 2020 music festival was canceled in June because of concerns over the coronavirus. It was the first time the festival was called off in its 53-year run, an economic loss of $186 million. Before being called off last year, it was postponed until September.

Summerfest is Wisconsin’s largest festival. It draws about 800,000 people from Milwaukee, the state and around the world.

In January, Summerfest lost its first headliner of 2021 when Halsey announced she was canceling her North American tour due to ongoing safety concerns related to the pandemic.

Late last month, PrideFest, Wisconsin’s largest LGBTQ+ event, announced it won't hold its June festival due to the pandemic. It's the second year in a row that the festival won't happen.

As WPR previously reported, the event is the kickoff to festival season at the Henry W. Maier Festival Grounds in Milwaukee, also home to Summerfest.