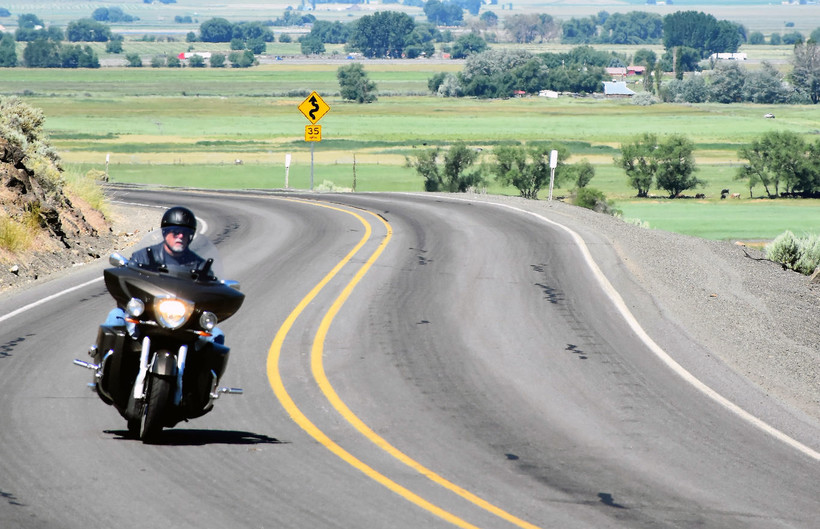 Fewer motorcyclists are dying in Wisconsin and the U.S. as a whole, but increasingly, those involved in fatal crashes are older, according to new data.

"If you go back to 1992 the average age of someone in a fatal motorcycle crash was 30 years old. Now, in 2017, its 44 years old," said David Pabst, safety director at the Wisconsin Department of Transportation. It comes down to a couple of factors: the state’s population is aging and baby boomers are buying motorcycles.

A new national report from the Governors Highway Safety Association shows riders over age 40 now comprise the greatest share of motorcycle fatalities in the U.S.

"And this can be attributed to getting back into riding and not getting advanced or additional training and not picking out a bike appropriate for your skill level and your physicality," said the report’s author, Tara Casanova Powell. "When we get older we’re not as strong as we used to be."

The good news, according to preliminary numbers, is that motorcycle deaths for all ages decreased 5.6 percent from 2016 to 2017. In Wisconsin fatalities were down 9.4 percent over the same time period.

Weather may have something to do with it.

"Motorcyclists are affected even more so than other operators by the weather and when we have a really, long hard winter there’s fewer motorcyclists out there," said Pabst. "Throughout the country, areas that have had hurricanes saw huge reductions as well. So weather’s a huge factor for motorcycles."

For those who are out on the road, the report cites multiple factors which contribute to motorcycle deaths: alcohol, drugs and distraction.

The report found 25 percent of motorcycle drivers involved in fatal crashes in 2016 across the U.S. had a blood alcohol content over the legal limit. This was higher than for other vehicles.

"We’re seeing motorcyclists over-represented with in regard to impaired driving," said Casanova Powell.

Several states reported an increase in distracted driving; in Virginia it doubled from 2016 to 2017. Pabst said motorcycles can be difficult to see even when their headlights are on. Combined with distracted car drivers, it can be deadly.

"We’re seeing some crashes like that where there’s lane deviation and they hit each other," said Pabst.

Despite the overall downtick last year, safety experts are hesitant to call it a trend.

"Any reduction in the loss of lives on our roadways is definitely a success and something that should be celebrated. But we are definitely far from declaring victory over motorcyclist deaths. And since these fatalities have fluctuated over the last decade it really makes it difficult to determine any kind of trend," said Casanova Powell. "We don’t know if these fatalities are going to drop next year or if this will lead to a sustained downward trend. There really is no magic bullet that we can point to."

In Wisconsin, Pabst said motorcycle deaths fluctuate a lot but appear to be leveling off.