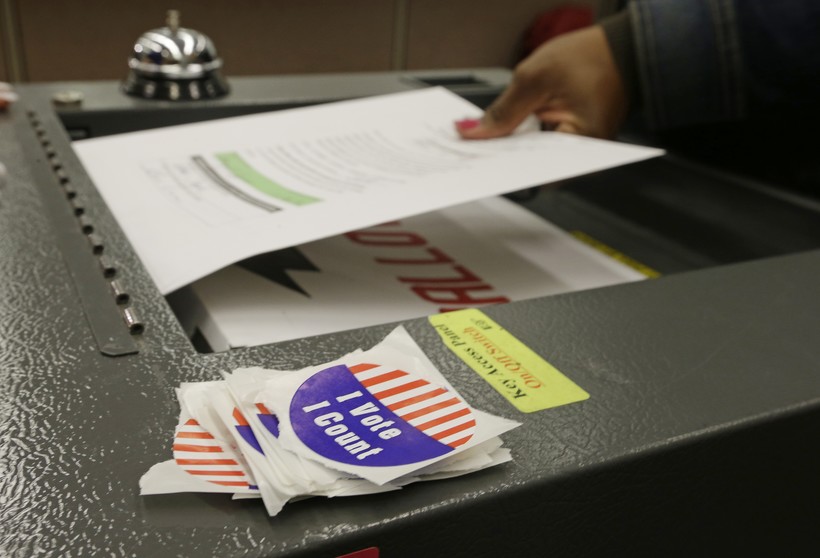 Aaron Camacho Is Part Of Historic Wave Of Native American Women Running For Office This Year
By Hope Kirwan
Share:

A college student and local activist in western Wisconsin is running for the state Senate. Aaron Camacho from the Town of Cross is a Green Party candidate for the 31st state Senate District, a seat currently held by Sen. Kathleen Vinehout, a Democratic running for governor.

Camacho is a legal studies student at Winona State University and director of the Winona Dakota Alliance.

She's one of a historic number of Native American women running for political office across the country this year, according to a report from the New York Times.

"People are realizing their agency to actually make change," Camacho said. "To be a part of the political process, not only within the tribal communities but also within the dominant society’s politics, is something that as a young girl I never even really considered."

Camacho said increased access to information has empowered women to get involved in politics and work toward a more balanced representation in government.

"We’re realizing as a society that we need diverse perspectives at the table in order to bring about change that's healthy for all of our citizens," Camacho said.

She said government and society have been divided by the two-party system that dominates politics.

"That’s only going to increase the polarity amongst our conversations and outcomes in our politics. So to be able to get a more diverse perspective is why I'm running."

Camacho said her priorities as a candidate include improving citizens' access to state government, investing in rural infrastructure and protecting the environment.

Editors note: This story has been updated to include Steve Boe as a candidate for the 31st Senate seat.