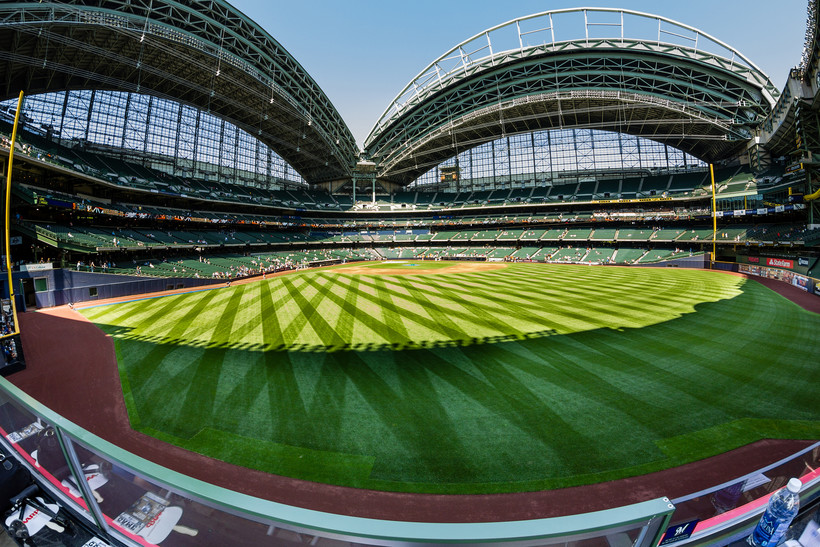 The Milwaukee Brewers haven’t played a home game in front of fans since September 2019. But that might change when baseball season begins at American Family Field this spring.

And organizations that want to welcome larger crowds can do so if their safety plan is approved by the health department. Jackson said her department has been in close contact with the Brewers and the Milwaukee Bucks.

The Bucks submitted a plan that would allow for fans at 25 percent capacity, said Peter Feigin, president of the team and its stadium, Fiserv Forum. That works out to about 4,300 spectators. Steve Wojciechowski, Marquette’s men’s basketball coach, also expressed hope that his team might soon play in front of fans at the same venue.

The move from the health department comes as the city’s COVID-19 numbers continue to improve. Milwaukee uses five gating criteria to help determine when the city should scale back restrictions: case positivity, testing numbers, hospital capacity, personal protective equipment supply and contact tracing. Each area is assessed every week and marked either green, yellow or red. Every category has been either green or yellow since Jan. 14.

Still, Milwaukee should take its foot off the gas when it comes to managing the spread of the virus, said Darren Rausch, director of the Greenfield Health Department. Experts say that’s particularly true as new, more contagious variants of COVID-19 continue to become more prevalent in the United States.

Safety Plans Must Be Closely Followed

With coronavirus infections declining in Milwaukee, the chances of an infected fan turning up to a game also decline, said Dr. Jeffrey Pothof, chief quality officer for UW Health in Madison.

But with one of the emerging variants already confirmed in Wisconsin, it’s only a matter of time before they become more common here. That’s why it will be critical for teams to ensure they’re following their safety plans to a T, he said.

"Before the variants, maybe you needed to compete at a college level," he said. "You had to be really good at your game, but there were gaps here or there."

Current measures, like masks and social distancing, are the right tools for preventing the spread of the new variants, too, Pothof said. But they'll need to be used with pro-level precision. For example, people can’t bunch up near exits or remove their masks to eat or drink when others are close by.

"When you introduce these variants, there are razor-thin margins for error," he said.

For Pothof, the risk of attending an indoor sporting event right now isn’t worth it, but everyone should do their own risk-benefit analyses as they make decisions amid the pandemic, he said. It’s unlikely his routine will change much as a result of the new variants, though he may be more wary if he encounters someone without a mask, he said.

Fans Could Have Major Financial Impact

A recent study from the Seton Hall Sports Poll shows the COVID-19 vaccine could play a role as people choose whether to return to live sports.

According to the Milwaukee Journal Sentinel, the Bucks would become the 11th NBA team to welcome fans this season. The move to allow spectators at Fiserv Forum and American Family Field could have major financial implications for the teams and nearby businesses.

Unlike the Packers, the Brewers typically make more from ticket sales, concessions and parking than television contracts, President of Business Operations Rick Schlesinger said earlier in the pandemic. The team is currently selling tickets for 2021.