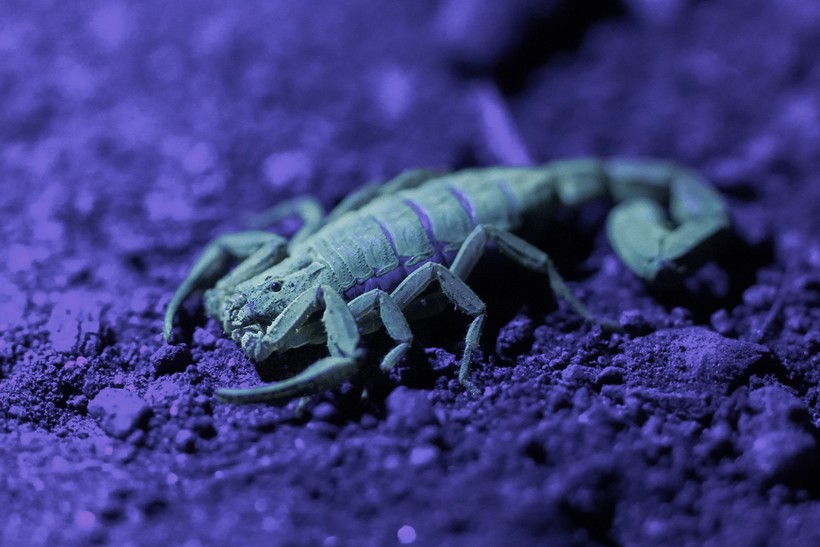 Steve Almond shares some of 'All the Secrets of the World'

His debut novel took 30 years to create but it's well worth the wait
By Doug Gordon
Share:

Steve Almond has written 12 books of fiction and non-fiction, including the New York Times best sellers "Candyfreak" and "Against Football." You may know him as co-host of the "Dear Sugars" advice podcast with Cheryl Strayed.

Now with "All the Secrets of the World," Almond is officially a novelist. It took him 30 years to write the book. But it's definitely worth the wait.

"All the Secrets of the World" is a propulsive narrative about two teenage girls whose friendship pulls their very different families into a web of secrets and lies. Almond tackles a range of subjects in the book, including astronomy, scorpion biology, tabloid journalism and FBI interrogation techniques. And the book is a shapeshifter, morphing from one genre to another to yet another.

"In trying to describe the book to people, I kept saying, 'Well, how do I do this?'" Almond told Wisconsin Public Radio's "BETA." "Because it's written in a number of different styles and it moves from really a story about a young woman and kind of her world expanding in ways that are terribly exciting, but also very dangerous, to police procedural.

"Every scene is throwing you forward into the next scene, and that's good. That's what a plot should do."

He name-dropped Aristotle's classic work of art criticism, "Poetics," which argued that plots should be chains of consequences, not just lists of events.

"That's the thrill of plot," Almond said. But he also said that he's not good at plot. He describes himself as a person who's interested in people's inner lives, their thoughts and ruminations.

"So it was really hard to explain to people. I apparently have written a thriller, but it's a thriller that's very concerned with that old story, that ancient story of what happens when somebody who's powerless collides with the world of power."

Almond explained that the story of "a powerful family colliding with a family that's virtually powerless" makes "All the Secrets of the World" a social novel in the tradition of Victor Hugo, Charles Dickens, John Dos Passos and John Steinbeck.

"The book is also stuffed full of all this other stuff that had been rattling around my subconscious for 30 years — scorpion biology (scorpiology) and the Reagans are in there, Nancy Reagan, and astrology and astronomy. And there's a Mormon sex cult. It's kind of nuts," Almond said.

The novel begins in Sacramento in 1981 where we meet two 13-year-old girls — Lorena Saenz and Jenny Stallworth. Lorena is very intelligent but has a difficult family life. Her mother and brother are living in the U.S. without legal permission.

"So in a sense, she was a dreamer before we had that name," Almond explained. "In fact, she's an American citizen. But the way that she moves through life is similar to a dreamer, in the sense that she's constantly worried that if she does something or calls attention to herself or gets in any kind of trouble, becomes visible in any way, that her family might be deported. So she lives in this kind of constant terror."

As the book begins, Lorena finds herself working on a science project with her classmate Jenny Stallworth. This brings Lorena into interactions with Jenny's wealthy white family.

"And immediately, both Stallworth parents take an unnatural interest in her for different reasons," Almond said. "And she sort of gets sucked into the vortex of this family that's full of all these illicit urges and secrets that they're keeping from everyone. And I have to say, it's just delicious to write about family dysfunction, having a character come in from the outside and sort of realize, 'Oh my God, this is a house of freaks.'"

Marcus Stallworth is a scorpiologist. He takes his children and Lorena out into the desert. He then turns on an ultraviolet lamp and the empty desert floor comes alive with hundreds of scorpions fluorescing, Almond explained. Scientists still don't understand why this happens. Marcus picks one up that belongs to a species that isn't dangerous. Lorena wants to handle one, too.

"And the moment that animal comes onto her skin, there's just this incredible sense of excitement and danger that sort of stands in for the larger danger of moving into the Marcus Stallworth world," Almond said. "And I think they're both curious. They both see the human world as full of deceit, and they see the animal world as a more natural and honest world. I think of Marcus Stallworth in some ways as like a scorpion. He can seem from certain angles predatory.

"But there's another part of him that's actually very frightened and very aware of the danger of his impulses and trying to hold them in check. He's trying to constantly retreat and scurry away from Lorena, and she continues to pursue him. So I was interested in that."

Almond is "super psyched" that "All the Secrets of the World" has been optioned to be turned into a TV series by The Gotham Group, Jon Feldman and 20th TV.

"This guy (Jon Feldman) totally gets what I'm up to," Almond said. "And any way that I can help him make the TV show, I am here for it."