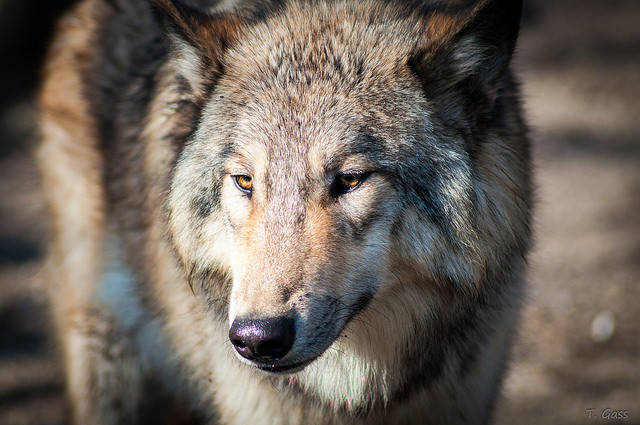 The state Department of Natural Resources says the state's wolf population has reached a record high in Wisconsin. Between 866 and 897 wolves are roaming the state, a 16-percent increase from last year and record high number since state surveys began decades ago, according to a DNR survey conducted last winter and released Thursday.

The DNR's Dave MacFarland says the gain shows the health of the wolf population and that  the lack of a hunting and trapping season the last two years may also be playing a role.

"Well, that certainly could contribute. The management actions that were taken by the state between 2012 and 2014 were designed to bring about population reduction, either through the hunting and trapping season and also through lethal controls in response to conflicts with domestic animals," he said.

"Changing the habits of deer and putting downward pressure on the deer population is year-round, as opposed to a human hunting season which is seven to 10 days of a gun season. So, moving them out of more sensitive areas, so wildflowers, maple trees, some of the aspen trees can recover," she said.

But many hunters contend wolves actually harm the state's deer herd. Some groups want a federal appeals court to overturn a 2014 ruling that placed the grey wolf back on the endangered species list and halted a wolf hunting and trapping season in Wisconsin.

Wisconsin Rep. Reid Ribble is part of a separate push to remove protections for the wolves.

During a public meeting in Wausau Thursday, the DRN also reported the number of what the agency calls conflicts between gray wolves and other animals or humans went up last year in Wisconsin. Wolf kills of  dairy or beef cattle are the leading concern. DNR wildlife damage specialist Brad Koele said there's probably a link to the federal court decision that restored protections for the gray wolf , that also limited Wisconsin's ability to euthanize problem wolves.

"At least in this initial year, 2015, " Koele said, "We saw increases in the number of farms with conflicts and the number of livestock that were depredated, so at least initially you can take a look at that and attribute that to not having an integrated approach at depredation sites."

But Koele  said the DNR also boosted its work with farmers on ways to discourage wolves from harming livestock, such as adding flags or electrified barriers around their property.

The rise in conflicts and the increase in Wisconsin's wolf population over the last two years prompts the question of how high the population can go.

"We don't really know," the DNR's MacFarland said. "One of the challenges we've had in estimating maximum population or biological carrying capacity, is changing understanding of habitat requirements for these animals."

When wolves were first re-established in Wisconsin, MacFarland said, the belief was the animals  would be restricted to relatively roadless areas, primarily in northern Wisconsin. Now though, wolves are showing up in areas of mixed land use, where there's more human activity.

That's still primarily in the northern third of the state, but the latest DNR survey estimates there are now about 105 wolves in central Wisconsin.