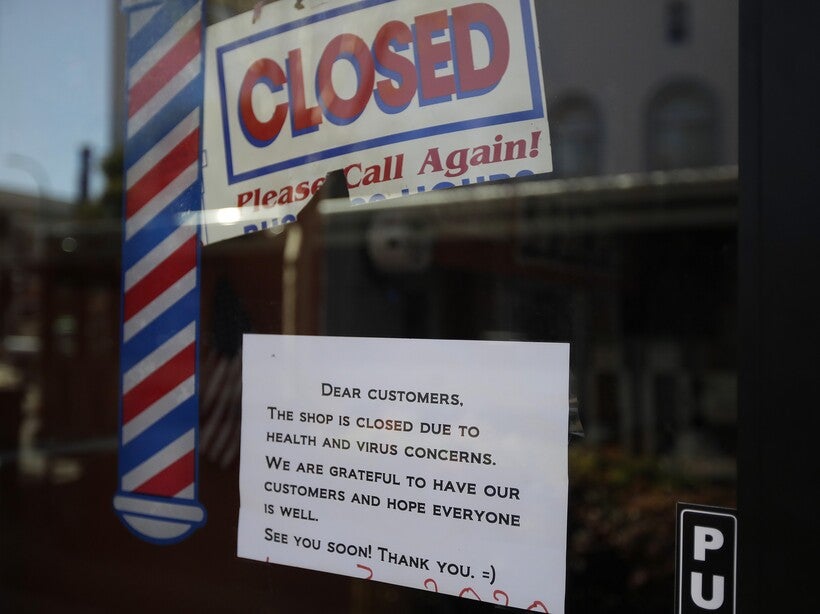 Restrictions On Businesses Would Get More Severe As Risk Of COVID-19 Increases
By Elizabeth Dohms-Harter
Updated:
Wednesday, April 29, 2020, 7:30pm
Share:

A plan from Wisconsin Manufacturers and Commerce (WMC) calls for businesses across the state to open Monday with the caveat that they follow restrictions depending on how great the risk for COVID-19 is in their counties of operation.

Scott Manley, executive vice president of government relations at WMC — Wisconsin's largest business group — said risk factors such as the type of business and county infection rates will be used to assign a risk level to every business in the state. It would be up to local health departments to enforce restrictions, which would get more severe as the risk increases.

WMC rolled out its "Back To Business" plan Friday, the same day Gov. Tony Evers' "Safer at Home" order was first scheduled to expire. The order is now set to run through May 26, though Evers announced Monday that some restrictions in that order have been eased.

Evers responded to WMC's proposal Friday, saying he was glad people in the business community agreed with him that economic revival should be "turning the dial, not flipping a switch."

Pitched as a "tactical as opposed to one-size-fits-all" approach, the goal of WMC's plan is to prevent businesses from going under in locations where COVID-19's impact has been minimal. The report outlining the plan notes that while 48 percent of Wisconsin's confirmed COVID-19 cases are in Milwaukee County, at the time of publication, there were seven counties across the state with no reported cases. As of Wednesday, there were cases in 66 of Wisconsin's 72 counties.

Execution of the proposal relies on partners, such as the Wisconsin Department of Health Services and its website, which would host a form for businesses to fill out. Businesses would be asked for their company name, county where they're located and North American Industry Classification System (NAICS) code.

Then, an algorithm would assign a risk to the business of minimal, moderate or substantial based on infection rates, population density and health care capacity in the county of operation, as well as the interactive concentration as determined by NAICS.

As the risk increases, so do the precautions business would have to follow. Those precautions might include things such as social distancing among employees and customers, reduced capacity of operations, use of personal protective equipment and more rigorous cleaning procedures.

That's something that is worrisome to Lieske Giese, director of the Eau Claire City-County Health Department, who's concerned about whether that's the best way to protect employees and customers. Although Manley said health departments would respond to this the same way that they respond to other health inspections and regulations, Giese wondered about whether it'd be feasible.

"We have very sporadic need to respond to other health regulations," she said. "This would be an all-out new way of doing business that we have no infrastructure for."

Lieske said local health departments weren't part of the planning process for the proposal, but in the future would like to work with organizations such as WMC to find strategic, common-sense and data-driven approach to reopening the economy.

"I have a number of concerns about how the plan's been crafted, but I appreciate that there is a look at some specific data and specific industry risk, and those are the two components of the plan that I think make some sense, and they're mirrored in the Badger Bounce Back plan as well for the state."

Manley said employees and others would be aware of those risk scores — updated every week under the plan — because the plan requires businesses to post their risk score somewhere on the front door or front window of their business.

"The way our plan works — if we do have a flare-up or hot spot, the model responds to that ... and businesses are required to act accordingly," he said.

The benefit to that is that all other parts of the state aren't penalized for a flare-up that occurs elsewhere.

Manley said WMC will continue to advocate for the plan until it's enacted into law.

"Different regions of the state are experiencing very different infection and transmission rates, and we think that we need to recognize those differences if we want to protect people's livelihoods," he said.

A Look At A Plan To Reopen Wisconsin's Economy Next Week 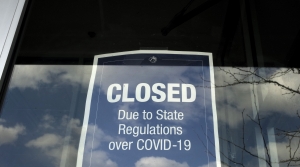 Under a proposal from the state's top business group, all businesses in Wisconsin could reopen next Monday with measures to reduce the spread of COVID-19. We talk with Wisconsin Manufacturers & Commerce about how the plan would work.