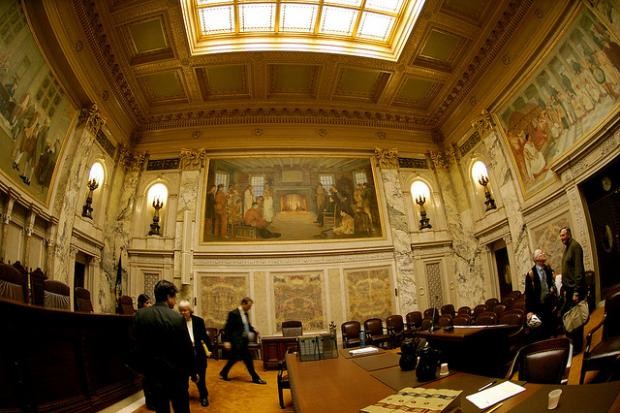 The Wisconsin Supreme Court has ended a long-running John Doe investigation into whether Gov. Scott Walker's campaign illegally coordinated with conservative groups during his 2012 recall campaign.

Writing for the court's conservative majority in the 4-2 decision, Justice Michael Gableman minced no words.

"To be clear," Gableman wrote, "this conclusion ends the John Doe investigation."

The court ruled that the state law upon which prosecutors pursued the case was unconstitutional.

In a brief statement, Republican state Attorney General Brad Schimmel said that the ruling "closes a divisive chapter in Wisconsin history," and "protects free speech for all Wisconsinites."

Francis Schmitz, the special prosecutor in the John Doe investigation said in a statement Thursday that he is disappointed in the ruling.

"The decision represents a loss for all of the citizens of Wisconsin," he said. "It defies common sense that a Wisconsin resident of average means who gives $25 to a campaign has his or her name publicly reported under the law but, according to this decision, someone who gives, for example, $100,000 to a group which closely coordinates with the same campaign can remain anonymous."

"It's going to be very easy for candidates to direct potentially millions of dollars from contributors to associated outside groups, even groups that don't fully disclose their donors, and coordinate, so long as those groups avoid magic words of advocacy like, 'vote for Walker' or 'vote against Walker,'" Hasen said.

In a written dissent, liberal Justice Shirley Abrahamson said, "the majority opinion's theme is 'Anything Goes.'"

The ruling effectively defused a potential political landmine for the governor, coming just days after Walker announced his candidacy for the 2016 Republican nomination for president.

The court also ordered the return of all property seized in the case and ordered copies of evidence destroyed.

Editor's note: This story has been updated to include additional reporting and quotes.