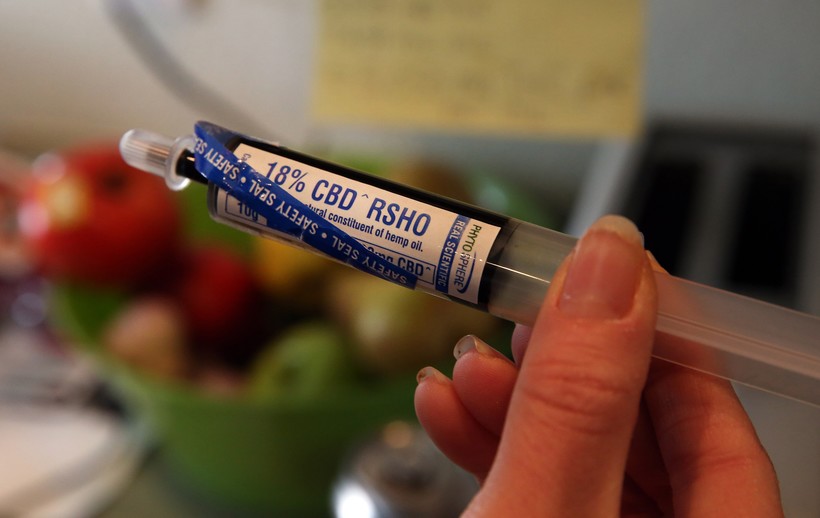 An oral administration syringe loaded with high CBD hemp oil for treating a severely-ill child at a private home in Colorado.

The state Senate has approved legalization of a medicinal oil derived from marijuana plants.

The vote is another step toward increasing access to cannabidiol, also known as CBD oil, by making changes to the state law that governs it. CBD oil has been used to treat medical conditions including seizure disorders in children.

The state Senate voted 31-1 in support of the bill, which would make it legal for individuals to possess the oil in Wisconsin, as long as a doctor has signed off on it. Sen. Duey Stroebel, R-Saukville, was the only dissenting vote.

In 2014, lawmakers passed a bill called Lydia’s Law, which made the oil available to certain populations. However, some patients have said it’s difficult to access the oil because that law requires the U.S. Food and Drug Administration to approve prescriptions.

"If we had done this when the debate first started, it would have cut out four years of suffering for those kids, four years of anguish for those parents," said Sen. Chris Larson, D-Milwaukee, one of the bill’s co-sponsors.

A similar bill passed the state Assembly during the last legislative session, but failed to pass the state Senate after opponents expressed concern about the oil being a gateway to marijuana legalization in the state.

"This is not a cannabis conspiracy," said Sen. Robert Wirch, D-Kenosha, during debate Wednesday.

The bill would not legalize the manufacture or sale of CBD oil in Wisconsin. Users would need to travel to adjacent states to procure it.