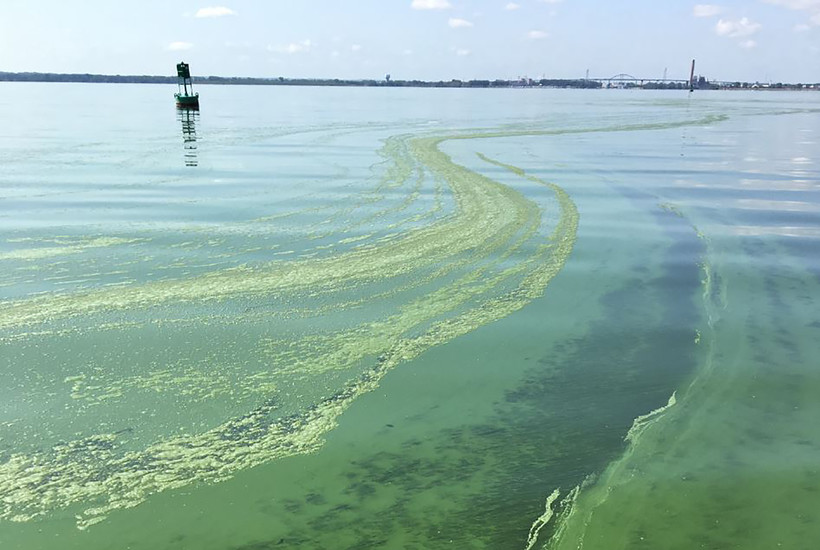 Wisconsin is planning to provide satellite data on 150 or more of the state’s largest lakes to help the public better track harmful algal blooms in Wisconsin. The information is part of a national multi-agency effort to create an early warning system to detect blooms while new research this week shows they're becoming more frequent and intense worldwide.

The initiative known as the Cyanobacteria Assessment Network, or CyAN project, uses satellites to identify harmful algal blooms that allows scientists and public health officials to improve monitoring and response. Cyanobacteria, more commonly referred to as blue-green algae, can produce toxins that are harmful to people and animals.

The project is a multi-agency collaboration among the U.S. Environmental Protection Agency, U.S. Geological Survey, NASA and National Oceanic and Atmospheric Administration. The agencies have been using satellite data to forecast harmful algal blooms on Lake Erie. Now, those same methods are being applied to pinpoint blooms across the state, including in Lake Winnebago and Green Bay.

"In general, you get better satellite data on large water bodies, so we will be able to get some satellite data for inland lakes that are about the 150 to 180 largest lakes in Wisconsin," said Gina LaLiberte, the Wisconsin Department of Natural Resources' harmful algal blooms coordinator.

LaLiberte expects to have some of that data available on the DNR website next year.

Harmful algal blooms have become a major, multi-billion dollar environmental problem that’s created issues for drinking water or dead zones like those in Green Bay. A study has been underway to develop tools to help the public manage risk and monitor blooms in Lower Green Bay, according to Sarah Bartlett, water resources specialist with NEW Water, the brand of the Green Bay Metropolitan Sewerage District.

"We’re hoping that the information that we collect from the study can help others in the area do any type of monitoring or just general awareness of the blooms," she said.

NEW Water has been partnering with NOAA, USGS, UW-Milwaukee and UW-Madison on the assessment to investigate the distribution and occurrence of toxic algal blooms, as well as develop tools to predict them. Satellite imagery is one tool being used to help pinpoint their location, according to Todd Miller, associate professor in the Zilber School of Public Health at UW-Milwaukee.

"It really works hand in hand with other methods for monitoring blooms," he said. 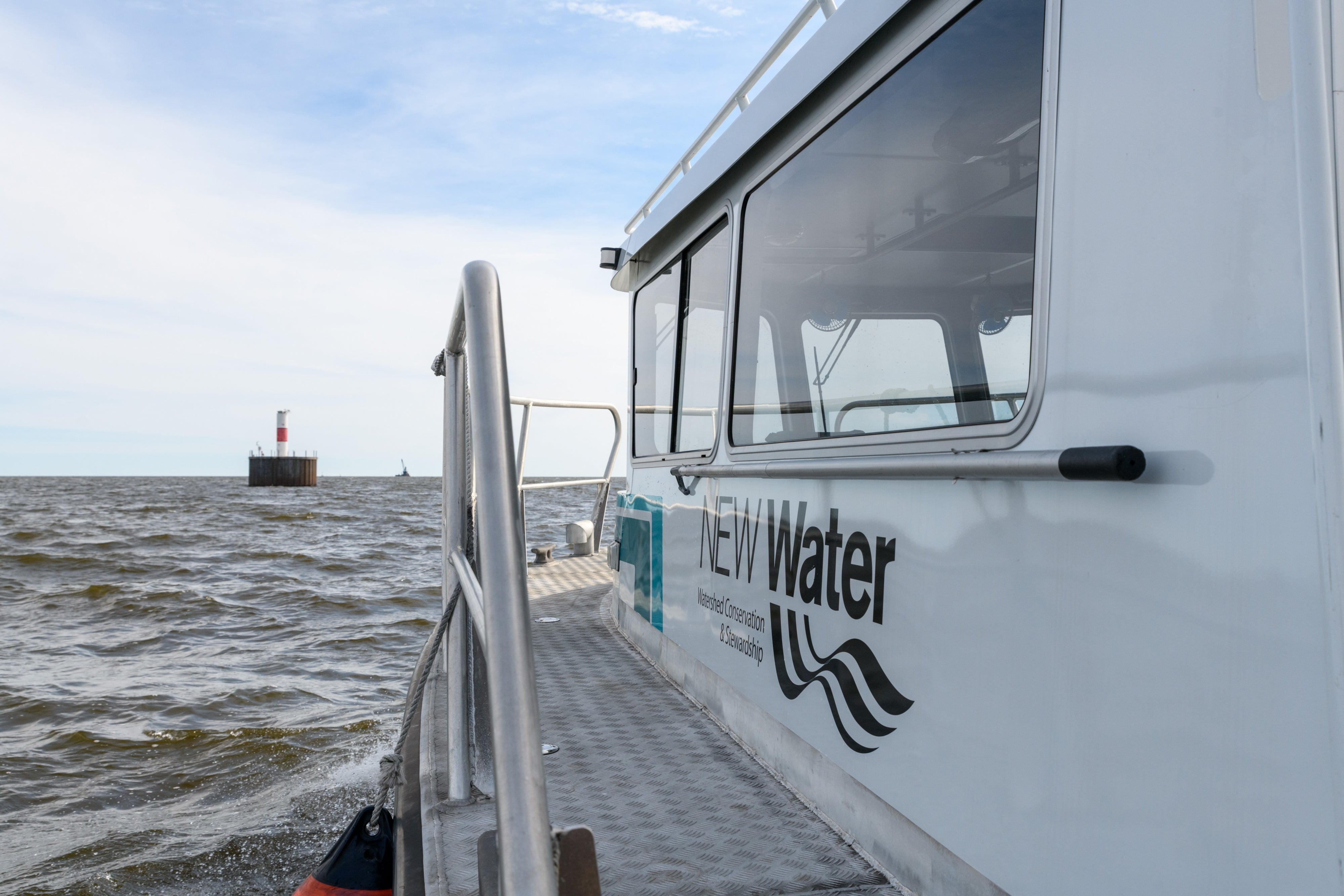 NEW Water's Bay Guardian boat approaches a monitor in the lower Bay of Green Bay that can upload data to satellites and give scientists a chance to analyze it quickly. Photo courtesy of NEW Water

NOAA began monitoring Lake Winnebago and Green Bay in 2017, according to oceanographer Richard Stumpf. He said their goal is to provide daily information about blooms to the public who may be using lakes, as well as provide data that can help with efforts to manage the blooms. In the long term, scientists hope satellite information can help them more accurately forecast the size of blooms and determine trends.

"All of those things we’ve done in Lake Erie, so we’re hoping we could do that with Lake Winnebago as well," said Stumpf.

The information has been used among states and public health officials alike. The Wisconsin DNR has been examining levels of cyanobacteria and toxins in water bodies on days when satellites are passing overhead, according to Bridget Seegers, a research scientist housed in NASA’s Ocean Ecology Lab.

"Water quality managers can’t be at every single lake all the time. They have a very limited ability to sample all of these water systems," said Schaeffer. "We felt like the imagery from satellites could really help fill in some of those gaps."

Satellite imagery could also expand coverage of water quality conditions, according to Michele Wheeler, the DNR’s Lake Superior coordinator. The agency conducted water quality sampling with partners along Lake Superior’s south shore this past summer after a roughly 50-mile bloom appeared along the shoreline between the Twin Ports and Apostle Islands National Lakeshore.

"Lake Superior is a big body of water. I can go out and grab 15 bottles of water. It’s a small amount of the amount of water that’s out there," said Wheeler. "We’re looking for additional tools to help us better understand water quality." 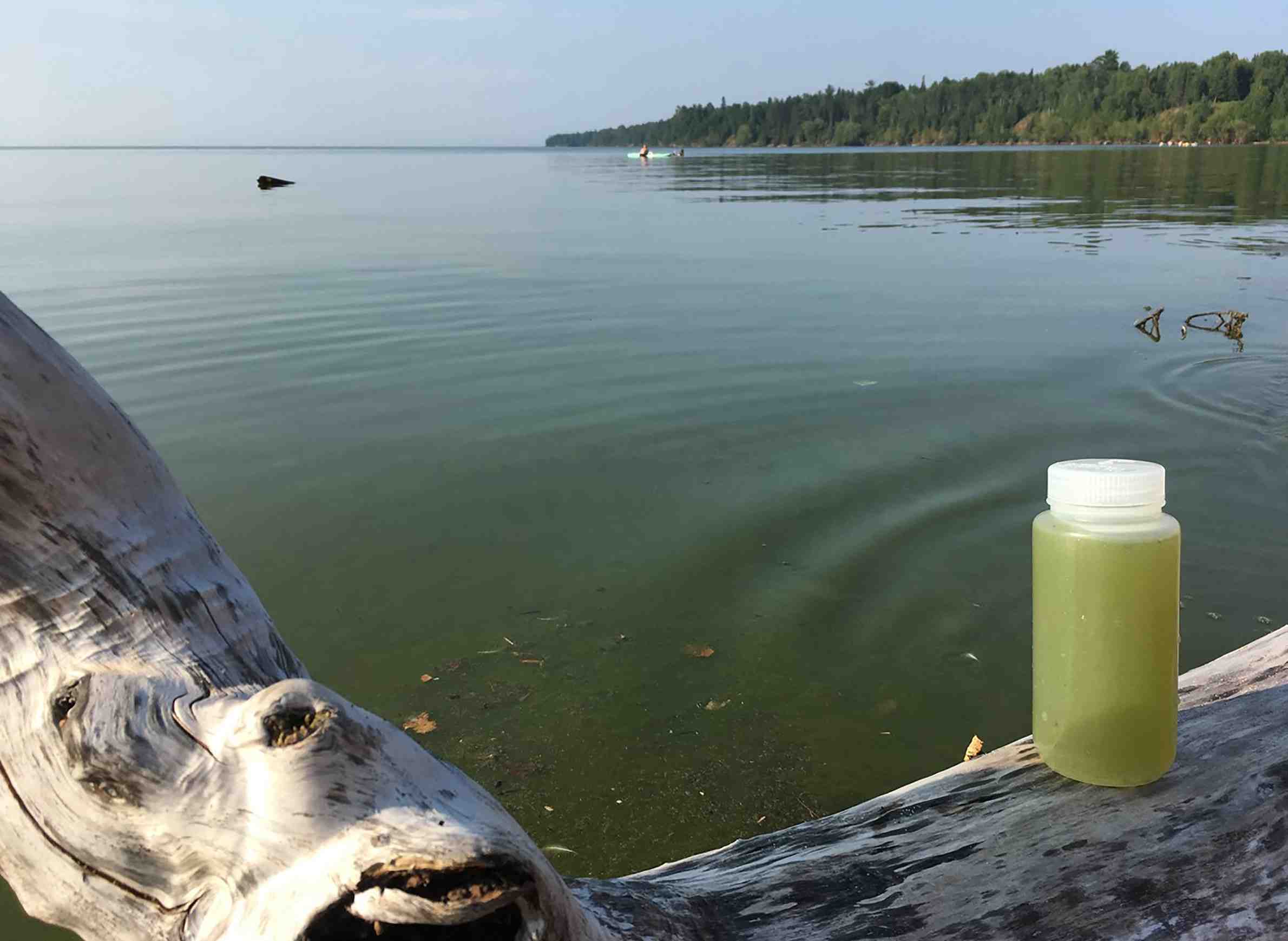 However, there are limitations to the satellites, such as cloud cover. Schaeffer added that they work best on the roughly 2,500 largest lakes they’re monitoring nationwide. Issues can also arise with satellite signals where the water meets the land. Even so, he said one economic assessment by the nonprofit research group Resources for the Future has found the data they provide is worth around $3.4 million annually to states in terms of time and resources saved on monitoring.

A study published this week in the journal Nature suggests water quality managers will have their hands full as scientists have found evidence of more frequent, intense blooms in the last three decades.

The study used historic satellite imagery to examine the intensity of blooms in 71 lakes across six continents since the 1980s. Researchers partnered with Google Earth Engine to analyze the data. The results showed the majority of lakes — 68 percent — were seeing more intense blooms.

Lakes that improved or had less intense blooms were those that saw less warming or cooled during that time, according to senior author Anna Michalak, faculty member in the Department of Global Ecology with the Carnegie Institution for Science at Stanford University.

"What this means is that for lakes that are warming, climate change is likely already getting in the way of some of those other lakes recovering as well," said Michalak.

As lakes warm worldwide, she said there will need to be more aggressive management strategies to preserve water quality. The reason for blooms becoming more intense across most of the lakes studied was not universal. In some lakes, the intensity of blooms correlated with rainfall or application rates of fertilizer.

"Even though globally blooms are getting more intense, each lake needs to be looked at as an individual example to figure out which management strategies might be most effective for that particular lake," she said.

Michalak said her work and that of other researchers was inspired by previous research on Lake Erie that showed a resurgence of more intense blooms. She noted their findings wouldnt be possible without the historical satellite data.

"The satellites are not a perfect data source," said Michalak. "But, what they do give is this long time span, this full spatial coverage and the ability to look at many different lakes that’s fully consistent across the group of lakes."