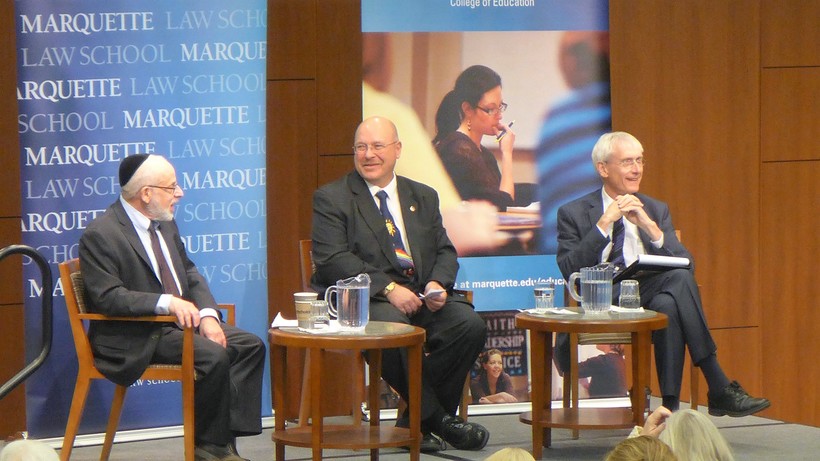 Wisconsin’s teacher shortage and the effect of President Donald Trump’s proposed budget would have on the state’s professional development were among the topics state schools superintendent candidates sparred over Tuesday in Milwaukee.

Incumbent Superintendent Tony Evers and challenger Lowell Holtz, a former district superintendent for Whitnall and Beloit schools, appeared together at a debate at Marquette University, a week before voters head to the polls.

Evers, who is seen as the more progressive candidate in the officially nonpartisan race, blamed the state's shrinking teacher supply on Act 10, the controversial law required public sector employees to contribute to their benefits and eliminated most collective bargaining. Evers said a key to refilling the teacher pipeline is making sure high school students understand the importance of the profession.

Holtz, who has courted conservative support, argued the GOP-backed Act 10 is not the problem. Instead, Holtz said the problem is teachers' frustrations with the state's evaluation system.

Holtz said teachers have told him the system takes too much time away from class preparation and that he didn't have many reservations about President Trump's proposed budget.

"The money that was put into the public school choice was tremendous," Holtz said. "There was some for vouchers for choice, but a lot was public school choice. The thing that caught my eye was the reduction in the teacher training, and I have to see how that's going to play out."

He said Trump's budget would increase spending in areas such as national security but on the backs of kids.