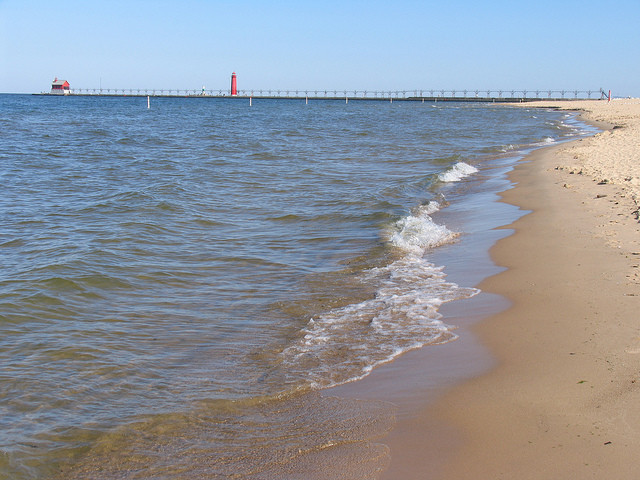 State regulators have ordered the Village of Somers in Kenosha County to halt construction on its project to draw water from Lake Michigan. The village began work before receiving all the necessary approvals to move forward.

Somers wants to divert an average of 1.2 million gallons of water per day from Lake Michigan as the village is seeing new development. The Public Service Commission launched an investigation Thursday after regulators discovered construction was underway on a water transfer station and about 5 miles of pipe that would bring water outside the Great Lakes basin.

"The utility must immediately cease work on the water transfer station and water main construction until proper commission authorization for the uncompleted portion of the project is received," wrote Andrew Galvin, bureau director of the Water Utility Regulation and Analysis Division in a June 7 letter.

A consultant for the village’s water utility told PSC staff that the project is 40 percent complete, spending nearly $2 million so far on the estimated $5.6 million project. The commission will investigate whether PSC approval was necessary for the work that’s already been done.

The PSC could prevent the village from recovering the amount of money it’s spent so far on any unauthorized work, as well as refer the utility to the Wisconsin Department of Justice for violating state law that bars any work prior to approval from regulators.

Midwest Environmental Advocates, a nonprofit law center, wants to ensure any proposal to divert Great Lakes water is subject to the highest scrutiny, according to staff attorney Rob Lee. He’s pleased to see the PSC taking the matter seriously.

"The cease-and-desist letter that the PSC wrote rightly says that water utilities are expected to know and comply with all applicable legal requirements," said Lee. "So, (we’re) very disappointed that they decided to proceed without obtaining (approval) first."

If the allegations in the letter prove true, Lee said enforcement could put other water utilities on notice.

This is the first time unauthorized work has occurred on a project that must meet requirements under the Great Lakes Compact, according to a PSC spokesperson. The pact signed in 2008 between eight Great Lakes states bars diversions of Great Lakes water with few exceptions.

Under the compact, the village has to meet additional requirements that includes approval from the Wisconsin Department of Natural Resources to divert water from the lake because the community straddles the basin line.

Adam Freihoefer, water use section chief for the DNR, said they’re still reviewing the village’s application for a water withdrawal.

The work has not impacted the agency’s timeline for reviewing the water diversion requested by the village, which has been asked to submit additional information to the DNR.

In a May 17 letter, the agency requested more information about the proposed diversion area, water use trends, water conservation and its water supply plan. Freihoefer noted the village did not include an area that it recently acquired as part of an intergovernmental agreement within its diversion application.

The DNR plans to hold a public hearing on the proposed water diversion once the agency has obtained all necessary information as part of its review. Freihoefer couldn’t comment on whether the DNR plans to seek any enforcement action against the village for construction that’s already occurred.