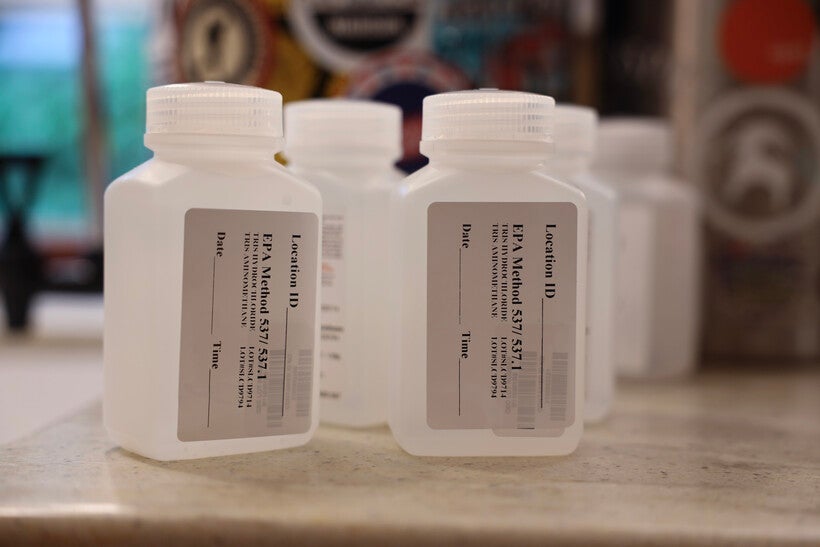 The agency received the results this fall as part of groundwater sampling of 450 wells statewide related to the DNR’s voluntary PFAS sampling program. Testing of private wells in the community of Starks in the Oneida County town of Stella showed levels as high as 11,900 parts per trillion for PFOA — one of the two most widely studied PFAS chemicals.

"This is a rural area without really any industry or anything nearby, so, if we were to try to pinpoint a source, it would all be speculative at this point," said James Yach, the DNR secretary’s director for northern Wisconsin. "We don't really have an idea where it's coming from."

Town board supervisors reached by phone declined to comment on the findings. The town chair didn’t respond to a request for comment.

The lack of an immediately apparent source has prompted the DNR to ask for assistance from the U.S. Environmental Protection Agency. State regulators want help collecting and researching information that may help identify potential sources of contamination and areas that need additional sampling. An EPA spokesperson said the agency is talking with the DNR about how it can help.

Health experts and regulators have raised concerns about PFAS, or perfluoroalkyl and polyfluoroalkyl substances. The class of thousands of synthetic chemicals are found in everyday products like nonstick cookware and stain-resistant clothing. They’ve been linked to kidney and testicular cancers, fertility issues, thyroid disease and reduced response to vaccines. PFAS have been dubbed "forever chemicals" because they don’t break down easily in the environment.

The DNR said only three of the 450 samples collected statewide exceeded the state’s health advisory limit of 20 parts per trillion. The other two were in Rock and Dodge counties in southeastern Wisconsin at much lower levels.

The discovery in Starks prompted additional sampling in an area about a mile around the original well tested. The agency sampled private wells for 31 of 56 homeowners that were offered testing. About half had PFAS levels exceeding the state’s health guidance, and nine had levels above 1,500 parts per trillion. The rest either showed low or no trace of the chemicals.

The Department of Health Services is addressing contamination with the DNR and Oneida County Health Department.

"For residents whose wells have levels of PFAS over our recommended health standards, we have communicated that the well water should not be used for drinking, making drinks, and preparing foods that take up a lot of water (like oatmeal, rice, and jello)," Sarah Yang, DHS groundwater toxicologist, said in a statement.

State health officials say they will work with the county and DNR to examine health risks as additional results become available.

Yach noted one concern for Stella residents is that water treatment methods for the chemicals have not been tested above 1,500 parts per trillion.

"So, it's uncertain as to the effectiveness of the water treatment systems above that," Yach said.

Bottled water is currently not being provided to town residents by the state. Yach said the DNR and Department of Health Services are looking into whether bottled water can be secured for those affected.

Many wells in the Starks area were built in shallow glacial deposits of sand, gravel and silt that extend about 50 feet below the surface. But some wells are constructed deeper into granite bedrock.  Yach said testing detected high PFAS levels in both shallow and deep wells.

"It gets a little bit difficult to try to predict which wells will be impacted greater than others," Yach said.

Some communities like the towns of Peshtigo and Campbell are exploring the use of deep wells as another source of safe drinking water after PFAS seeped into private wells. The DNR has said such wells may be a solution in some cases, but not all. Yach said the bedrock in the town of Stella is fractured in several locations.

Well compensation grants of up to $16,000 may be available for residents, but grants must be approved prior to any work. State regulators say more information is needed before they recommend building new wells. Yach urged people to have patience with the investigation. He also encouraged residents who were offered sampling to have their wells tested.

PFAS have been detected in more than 50 communities across Wisconsin, including Superior, La Crosse, Eau Claire, Wausau, Madison and Milwaukee. The DNR is actively investigating almost double that many sites for contamination.