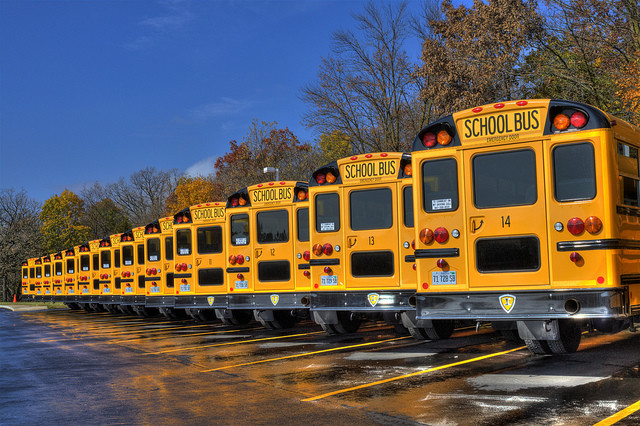 Construction vehicles, agricultural equipment and city buses are among the diesel-powered machines that can get upgraded with the help of an expanded state program this year.

Before, the Clean Diesel Grant Program could only fund school bus upgrades and replacements. Now, with $500,000 more dollars funding the program, the state Department of Natural Resources is widening its applicant pool.

The expansion comes in response to an executive order Gov. Tony Evers signed in August, establishing climate goals for the state and mandating state agencies to tackle climate change.

Mike Friedlander, program and planning analyst with the DNR's Bureau of Air Management, said the program is good for the environment and the businesses that participate.

"We can reduce the amount of emissions and improve public health while simultaneously helping owners reduce fuel consumption and operating costs. It just makes good sense," he said.

About one-third of all transportation vehicles in the United States run on diesel, according to the U.S. Environmental Protection Agency. Burning diesel pollutes water and air and can cause heart and lung disease.

The Clean Diesel Grant Program gives companies an economic incentive to take diesel vehicles off the road while they're still in working order, said John Meier, co-owner of Badger Bus, a transportation company based in Madison. Badger Bus has received several grants from the DNR and used the money to replace some of its diesel school buses with buses that run on liquid propane.

The liquid propane buses are more expensive to buy, but they're cheaper to maintain and run cleaner and quieter than new diesel buses, said Meier.

"I'm sure that people around Madison, if there's an LP bus that's running by their neighborhood, they're not really hearing it," he said.

The grant program offers different levels of funding depending on what the applicant wants to do, covering 100 percent of a retrofit or about 25 percent of a school bus replacement, Friedlander said.

The grant expansion is a good step, and the DNR should focus on electric vehicles next, said Scott Blankman, energy and air programs director for the environmental nonprofit Clean Wisconsin.

"The costs associated with them may be a little bit prohibitive as you look at it today," he said. "Obviously, going towards new diesel buses is an improvement versus old diesel buses, but the next logical step would be, how can you then go towards electric buses?"

The state also needs more electric vehicle infrastructure, like regular charging stations, to reduce what Blankman calls "range anxiety," which is the uncertainty that a driver will be able to charge their electric vehicle if they go somewhere new.

"With existing gasoline or diesel-powered vehicles, you don't have to worry about that. You know that there's generally going to be a gas station along the interstate or along the highway in the nearest town," he said.

The grant would also apply to the replacement of a diesel bus with an electric bus, although Friedlander said they have not received any applications for one.

Applications for this round of funding are due Jan. 3.