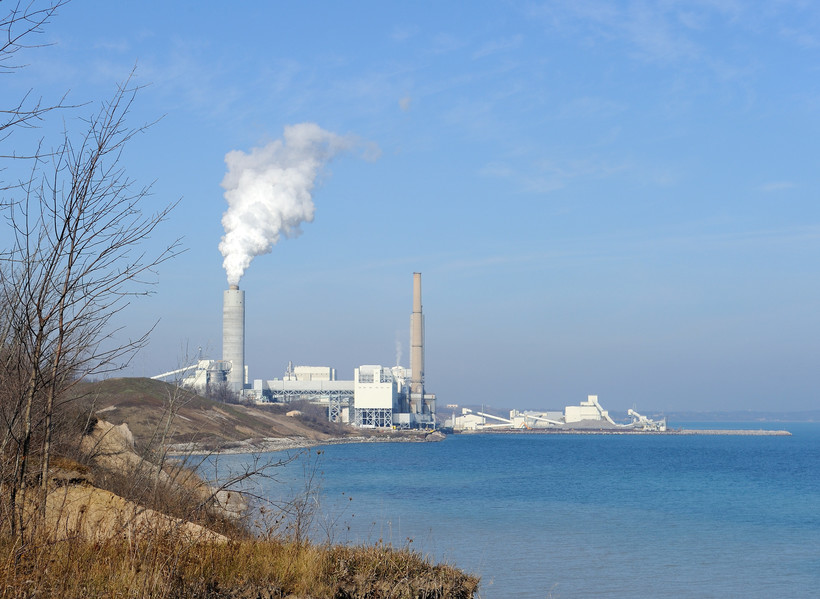 Proposed Rule Would Allow State To Seek Its Own Permit Program
By Danielle Kaeding
Updated:
Monday, February 24, 2020, 10:40am
Share:

The Wisconsin Department of Natural Resources would seek approval from the U.S. Environmental Protection Agency to regulate coal ash landfills and ponds owned by the state’s electric utilities under a proposed rule before the Natural Resources Board on Wednesday. The move is met with open arms from the utility industry and caution from some environmentalists.

The state would seek approval for a state coal combustion residual (CCR) program as part of addressing new federal requirements for regulating coal ash, a byproduct of burning coal for electricity. In 2015, the EPA imposed new requirements under the Obama administration for coal ash ponds and landfills to address risks to groundwater contamination, including monitoring and closure of unlined ponds.

In November, the agency relaxed rules on power plants for addressing coal ash under the Trump administration. The EPA is giving utilities more time to either retrofit or close unlined ponds that can leak contaminants like mercury and arsenic into groundwater.

"Our goal with this rule is to get state rules that are as protective as the federal rules so these sites can follow one set of rules," she said. "And, our DNR staff can go out and know what our rules are and be able to inspect and enforce on those rules as well."

The state has 18 coal landfill units regulated by the federal government at six solid waste landfills in Wisconsin, as well as about a dozen coal ash ponds at four sites. The landfills and ponds are owned by electric utilities Dairyland Power Cooperative, Alliant Energy, Wisconsin Public Service and We Energies.

Under the proposal Wisconsin would begin overseeing coal ash ponds currently regulated by the federal government. The move has prompted unease for environmental group Milwaukee Riverkeeper, which submitted comments voicing concerns about the agency’s lack of funding and staff.

"We would just hope that if they’re seriously looking at it, that they ensure that we’re going to have adequate resources to do a good job because this coal ash is very toxic," said Cheryl Nenn of Riverkeeper. "It poses a very real threat to our drinking water and our surface waters and our public health."

Hiorns said the agency is confident it can handle the additional workload. She said the DNR has about a dozen staff currently overseeing coal ash landfills as part of regulating waste facilities. The agency is also proposing to add one staff position for initial permitting.

While the DNR would incorporate federal requirements for landfills, the agency doesn’t anticipate it will include federal rules for design and closure of coal ash ponds in a state program. Hiorns said industry representatives have provided feedback that all ponds will be closed within the next several years, which is the length of time it may take to get a state program running.

The agency does plan to include federal rules for groundwater monitoring of coal ash ponds. Hiorns added they're not ruling out state regulations for closure.

"That’s something we still want to discuss if we would keep that under federal rules or move that into Wisconsin rules as well," she said.

If they remain under federal regulation, a "limited number" of facilities may not have to close their coal ash ponds under additional changes to the rule announced recently by the EPA, said Abel Russ, senior attorney with the Environmental Integrity Project.

"It would allow owners and operators to demonstrate that certain unlined ponds are as good as lined," he said.

An EPA spokesperson said the agency has estimated about 10 to 20 ponds nationwide may be eligible to continue operation if they can show its design can provide the same protection to groundwater as those with liners.

The age of Wisconsin’s coal ash ponds makes it unlikely they're lined, Nenn said. She highlighted data from an environmental law group showing none of the state’s coal ash ponds are less than 24 years old.

Both Wisconsin Public Service and We Energies have found "statistically significant increases" in chemicals like boron in monitoring wells near ash ponds or landfills, but follow-up reports say the levels were due to other factors or naturally occurring groundwater conditions.

"All We Energies and WPS landfills are lined and in full compliance," said WEC Energy Group spokesman Brendan Conway in an email. "Protecting the environment is a responsibility we take seriously as a responsible corporate citizen. We are dedicated to a cleaner energy future and to environmental stewardship in the communities we serve."

Alliant Energy has also found "statistically significant increases" in monitoring wells for boron near its primary ash pond for the Columbia Energy Center in Pardeeville. Follow-up reports on monitoring well levels for ash ponds at its generating stations in Sheboygan and Cassville stated increases that were cited were likely due to leachate from closed landfills not subject to federal regulation.

An Alliant spokesperson referred comments to remarks filed by the Wisconsin Utilities Association, which supports a state program.

"(Wisconsin Utilities Association, Dairyland Power Cooperative, and Wisconsin Department of Natural Resources), and the public share a common interest in ensuring that CCR are managed, beneficially used, and disposed in a manner that protects human health and the environment," wrote Bill Skewes, the association’s executive director.

Katie Thomson, a spokesperson for Dairyland Power, said in an email only one of its landfills at its Alma off-site facility is regulated under federal coal ash rules.

"Dairyland has been in full compliance with the EPA’s CCR rule since the rule’s inception," wrote Thomson. "Notably, Wisconsin’s laws on coal ash disposal are among the most stringent in the nation and have been a model for the federal rules."

Russ said they’re encouraging states to go beyond federal requirements. He noted states like Illinois and Georgia are moving in that direction.

"We have state programs that are stronger than the federal rule. I think that’s good. That’s the way it should be, but we’re concerned about those other places where it might be the reverse," he said.

If the proposal moves forward, Hiorns said they'll be comparing state and federal rules to ensure protections are in place.

"Our role is to be protective of the environment and human health so that's where we're coming from to make sure our rules are doing that," Hiorns said.

Five states in the Great Lakes region and 36 states nationwide are considering their own permit programs, according to the EPA.

Editor's note: This story was updated with comment from WEC Energy Group and information from groundwater monitoring well reports.