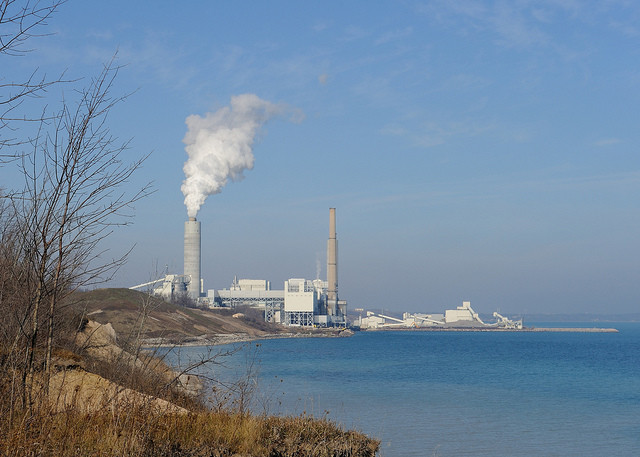 The U.S. Environmental Protection Agency is proposing to relax rules on power plants related to coal ash storage and wastewater discharge. The waste from burning coal contains heavy metals that could impact public health and the environment.

The proposed revisions roll back Obama-era requirements from 2015. Ash ponds that were seeping contaminants into groundwater would have had to close by April 2019. Now, utilities have until Aug. 31, 2020, to retrofit or close unlined ash ponds. In addition, some facilities would be able to obtain extensions ranging from three months to eight years for those shutting down coal-fired boilers.

Utilities are reluctant to make capital investments to comply with existing federal standards as coal is no longer economically feasible in the face of less expensive sources of renewable energy, said Scott Blankman, director for energy and air programs with Clean Wisconsin.

"They would like to delay these investments because, if they can delay them, then perhaps it buys them an extra couple of years to operate their plants so they can ultimately retire them a few years later," said Blankman.

The delay in implementing standards leaves surrounding waters and communities open to the risk of groundwater contamination, Blankman said. Clean Wisconsin issued a report in 2014 that argued there’s a link between where coal ash is dumped and higher levels of chemicals in groundwater.

"There may be high levels of hazardous materials like arsenic or chromium or lead or mercury, all of which have various health implications to residents of Wisconsin," said Blankman.

Utilities are required to conduct groundwater monitoring and take corrective action to address any evidence of contamination nearby ponds.

Alliant Energy has identified statistically significant increases in levels of chemicals like boron in groundwater sampled near a primary ash pond for the Columbia Energy Center in Pardeeville and monitoring is ongoing. Alliant Energy declined a request for an interview.

WEC Energy Group said in an email Monday that We Energies doesn’t have any ponds that receive coal waste, said spokesperson Brendan Conway. He added that ponds used for wastewater treatment at Wisconsin Public Service’s Weston plant were retrofitted with liners in 2017.

The EPA said the "vast majority" of the 2015 coal ash rule remains intact while allowing utilities more flexibility and clarity to meet standards after a federal appeals court ruled all ponds needed to be lined regardless of whether contamination was found.

In a statement, the American Public Power Association said the ruling will give power plants more time to replace existing ponds.

"This will undoubtedly take some time, and EPA acknowledges this reality through its proposed rule," said Delia Patterson, the association’s general counsel. "The association is reviewing the new rule and will confer with member utilities before offering comprehensive feedback to EPA. We are pleased that EPA is working to provide clarity to the industry on this issue, and we will certainly be engaged in the ongoing stakeholder process."

Another revision to the 2015 rule would create subcategories for large facilities and those nearing retirement to reduce costs for utilities and ratepayers, according to the federal agency. The 2015 rule currently in effect included limits for mercury, arsenic, selenium and nitrogen in wastewater, said Jason Knutson, wastewater section chief for the Wisconsin Department of Natural Resources.

"For larger facilities, the mercury and arsenic limits remain, but the selenium and nitrogen limits have been dropped," said Knutson.

"Eliminating this discharge does have water quality benefits obviously. Any time you remove heavy metals from a discharge, that’s a positive for the environment," said Knutson. "What we’ve heard from the EPA in this rule revision that’s proposed is that there’s also economic considerations to be had here."

According to the EPA, changes to the 2015 rule will reduce the cost for utilities to comply by about $175 million while preventing 105 million pounds of lead, arsenic, mercury and other contaminants from making it into waterways.