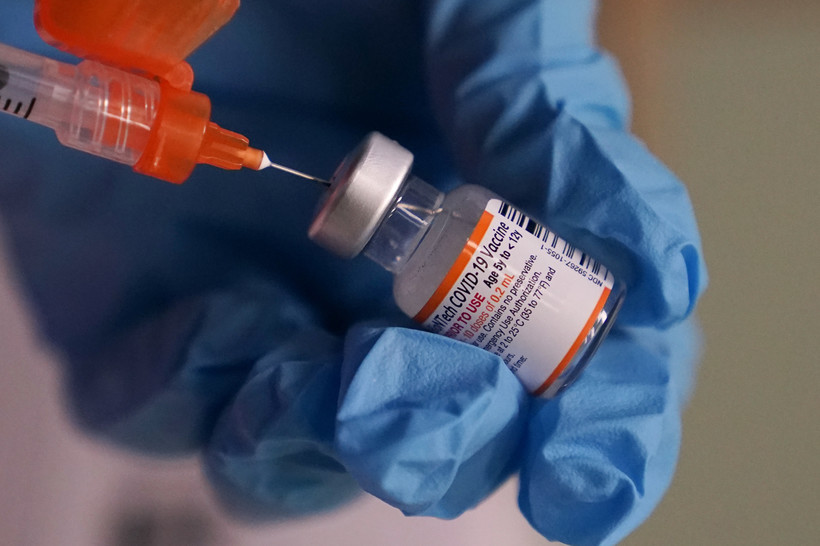 Pharmacist Sima Manifar prepares a children's dose of the Pfizer COVID-19 vaccine during a vaccination clinic at City of Lawrence's "The Center," which serves seniors, families and the community, Wednesday, Dec. 29, 2021, in Lawrence, Mass. Pfizer has begun a study comparing its original COVID-19 vaccine with doses specially tweaked to match the omicron variant. Pfizer and its partner BioNTech announced the study on Tuesday, Jan. 25, 2022. Charles Krupa/AP Photo

So far only a handful of subvariant cases have been detected in Wisconsin
By Shamane Mills
Share:

The nation's top medical advisor has said time and time again that it is unlikely COVID-19 will ever be completely eliminated. Instead, Dr. Anthony Fauci predicts a less dangerous strain of the virus will become prominent — making the virus endemic.

But the introduction of new variants could slow or reverse the decline in infections — prolonging the pandemic, Dr. Ryan Westergaard, chief medical officer for the state Department of Health Services, said during a press briefing Thursday.

After being detected in Wisconsin on Monday, there have been fewer than five cases of the omicron sub-variant BA.2 found in the state. The subvariant is believed to be more contagious than the original omicron variant, but there's no indication it causes more severe illness or that existing vaccines don’t work against it, Westergaard said.

"Do reasonable things to try to avoid getting this," Westergaard said. "This isn't a virus anyone wants."

The number of COVID-19 hospitalizations across the state have been declining after peaking on Jan. 12, but hospital capacity remains strained due to ongoing staff shortages at hospitals and nursing homes. To alleviate the shortage, the Wisconsin National Guard has called upon its members to be trained as certified nursing assistants, or CNAs.

On Thursday, Gov. Tony Evers announced an additional 70 National Guard members had completed two weeks of instruction as CNAs and had been assigned to 17 long-term care facilities in the state.

"The Wisconsin National Guard has been an invaluable part of our efforts throughout the pandemic, and this mission is no different," Evers said in a statement.