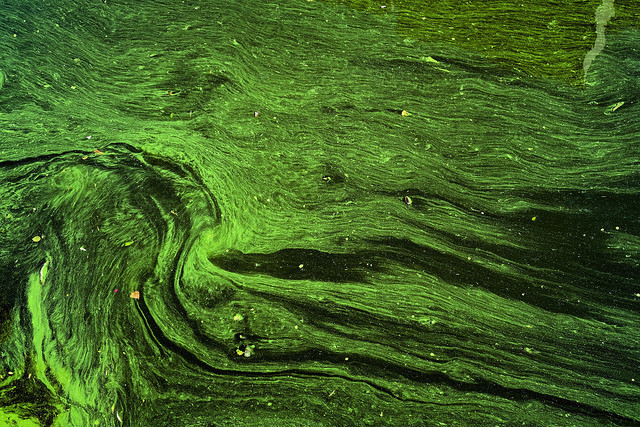 The Wisconsin Department of Health Services has developed the state's first set of signs to warn beachgoers about blue-green algae blooms.

The algae, also known as cyanobacteria, can produce toxins that might make people or animals sick.

The signs relay information about what harmful blooms look like and what people should do if they spot them, according to Amanda Koch, an epidemiologist with a focus on waterborne diseases for the agency's Division of Public Health. She said there was a perceived need for the signs among public health officials statewide.

"We did also work closely with some areas within the Great Lakes basin particularly in the Apostle Islands National Lakeshore area, which has recently been impacted by some blooms," said Koch.

The signs were ordered for the park to spread information and awareness on the different forms of algae, according to Brenda LaFrancois, an aquatic ecologist for the National Park Service.

Last summer, a roughly 50-mile bloom appeared between the Twin Ports and Apostle Islands on the southern shore of Lake Superior. 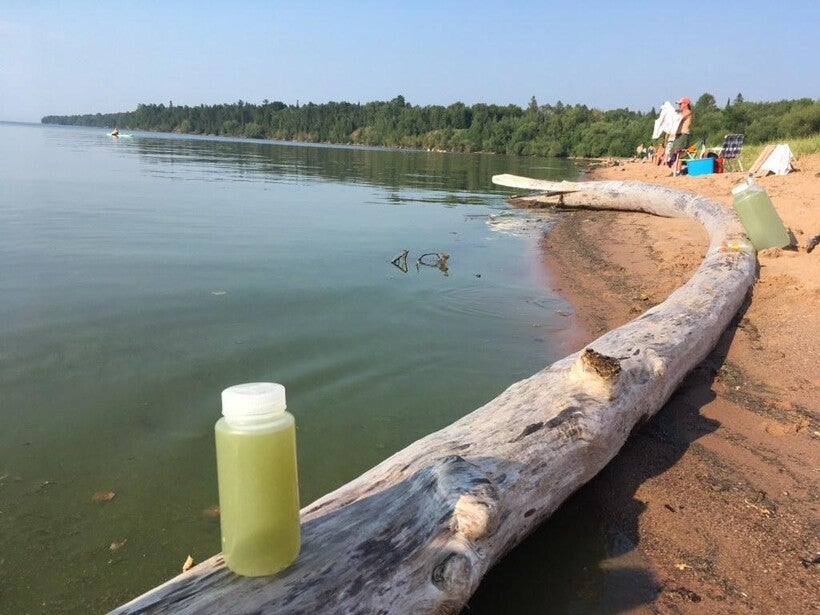 The bloom appeared to last only a few days, but researchers are trying to determine its magnitude. They're also analyzing concentrations of nutrients like phosphorous and nitrogen.
Photo by Brenda Lafrancois/National Park Service and courtesy of Robert Sterner

No harmful levels of toxins were found, and no blooms have been reported this year. But researchers are continuing to sample nearshore waters by the Apostle Islands this year, according to Robert Sterner, director of the Large Lakes Observatory at the University of Minnesota-Duluth. Researchers have been monitoring the rivers flowing into the lake between Duluth-Superior and the Apostle Islands.

Between 2011 and 2018, two major and three minor blooms were reported on Lake Superior, said Sterner.

Researchers are seeing a connection between warming lake temperatures and the presence of blooms. They also suspect flood events may be tied to blooms as the lake experiences an influx of runoff and nutrients.

Sterner said the most significant blooms occurred in 2012 and 2018, which were years where the region saw historic rainfalls.

The DNR receives sporadic reports of blooms from the public, and the agency typically sees ongoing issues in places where efforts are underway to address nutrients and improve water quality. She highlighted maximum daily limits for phosphorus that have been set on the Wisconsin River to deal with blooms at Castle Rock and Petenwell Lakes.

LaLiberte said they don't have a good sense of how widespread blue-green algae blooms are across the state although the agency is working on ways to better track them.

Researchers have reported frequent blooms on Madison's lakes this summer. Blue-green algae was also reported on Lake Winnebago earlier this summer, leading to the closure of a beach at High Cliff State Park, according to Morgan Peterson, environmental health specialist with Winnebago County. The county is among those looking to obtain signs to educate people about harmful algal blooms.

"Every year it becomes an issue at some of the beaches so that’s something that we, as well as other counties, are looking into posting," said Peterson.

The state Department of Health Services works with local health officials through signage or an advisory whenever harmful blooms are detected. They also investigate illnesses that may stem from exposure to blue-green algae.

Blooms can occur as early as April and continue through September, but generally, they take place during the warmest summer months, said LaLiberte.

"When you see really green, opaque, pea-soup appearing water or if you see surface scum, those are going to be the high levels that you really have to keep dogs and kids out of," she said.