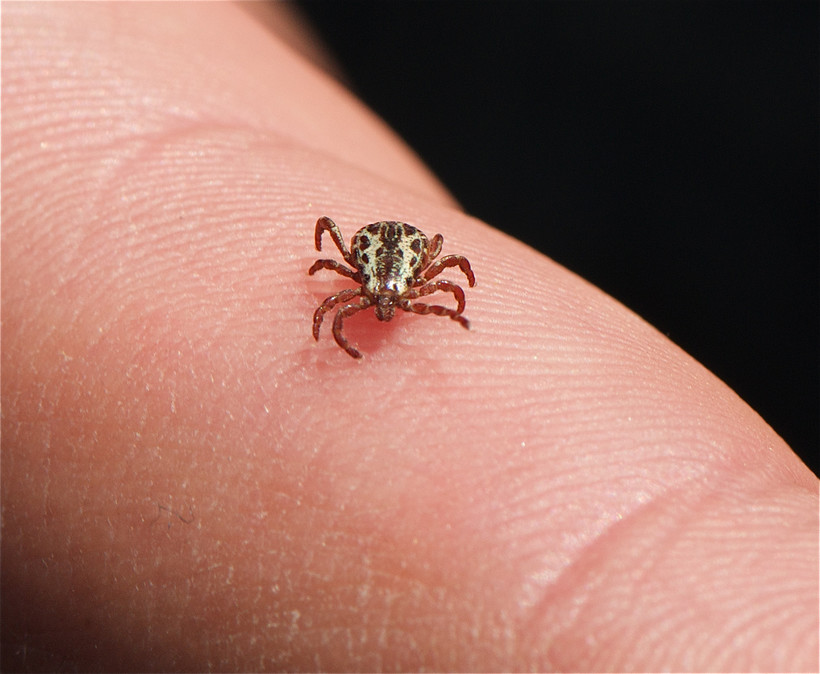 A Wisconsin woman has died from a disease rarely seen in Wisconsin and carried by a common pest: the American dog tick, also known as a wood tick.

"It is very rare to have this in Wisconsin. Minnesota has had one child fatality in the last five years. But normally you see this in the south or out west," Foellmi said.

The disease has flu like symptoms: body aches, fever, headache and can usually be treated with antibiotics. The Wisconsin woman who died from the disease had underlying chronic health conditions.

"The good thing about dog ticks is they’re big enough that we typically pull them off. You see them, you get them off and need not worry," said Lyric Bartholomay, associate professor in the University of Wisconsin-Madison School of Veterinary Medicine. She also co-directs the Midwest Center of Excellence for Vector-Borne Disease.

"And because (Rocky Mountain spotted fever) is so rare in Wisconsin it's unlikely you would encounter one of those ticks that is infected and that it would stay on the skin long enough to transmit the pathogen," Bartholomay said.

A tick surveillance team checked the area where the woman was camping. The team did not find any ticks carrying the disease, but they may go out again in cooler weather when the tick population is more prevalent.

"We shouldn’t be overly concerned about (this tick borne disease). We definitely should be aware of it ... make certain to check for ticks especially if you’re in woods. Wear repellant and that you wear the proper clothing: long sleeves, and pants tucked in boots so ticks are less likely to get in," said Foellmi.

Disease spread by mosquitoes and ticks has been on the rise across the United States. And last year, Wisconsin saw a record 4,299 cases of Lyme disease, which is spread by the black-legged, or deer, tick.

UW-Madison researchers are hoping a new smartphone app will help them gain a better understanding of where and when people come across ticks.