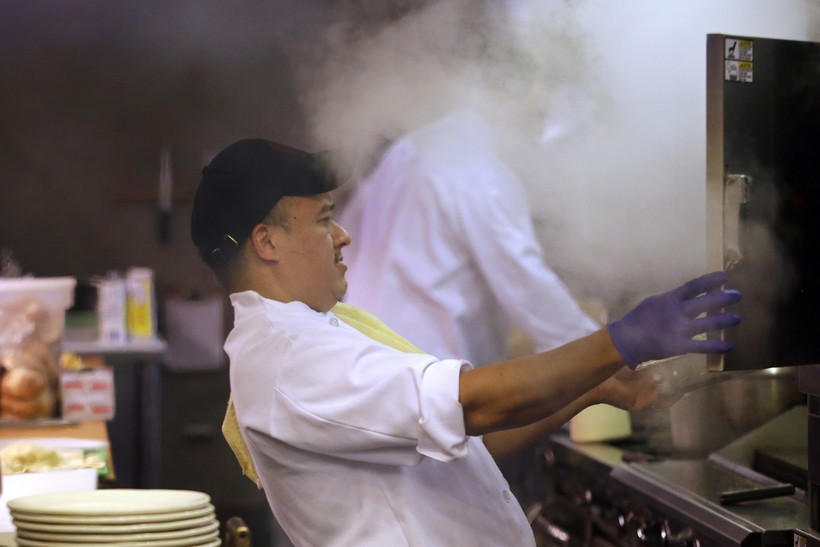 In this photo taken Monday, July 27, 2015, Arturo Ramirez backs away from a cloud of steam escaping from a steamer at an Ivar's restaurant in Seattle. Elaine Thompson/AP Photo

State Businesses Seek To Drive Down Cost Of Injured Workers

A proposed change would lower insurance rates for worker's compensation in Wisconsin, continuing a three-year trend of decreasing premiums.

Employers say efforts to reduce workplace injuries have helped bring down rates, along with other factors.

"Injuries today are less severe than they were even just a decade ago," said Chris Reader, director of health and human resources policy at Wisconsin Manufacturers & Commerce.

Other factors are also at play. Riskier manufacturing jobs have diminished while the service industry has grown, reducing the likelihood of severe injuries. Wisconsin also has an aging workforce and that typically means a safer workforce.

"Somebody who is 55, generally speaking, is simply safer on the job than someone who is 25," explained Reader.

While workplace injuries have been declining in the state, they are still higher than the national rate. 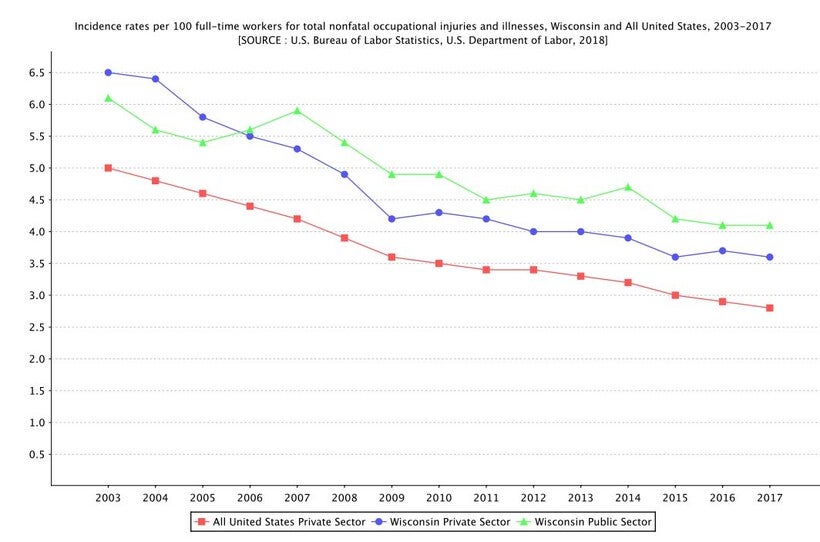 Graph courtesy of the U.S. Bureau of Labor Statistics

The 8.84 percent decline in worker’s compensation insurance rates proposed by the Wisconsin Compensation Rating Bureau will take effect Oct. 1 if approved by the state Office of the Commissioner of Insurance.

Employers want other changes to the system designed to drive down their costs which health care groups have raised concerns about.

"Wisconsin’s worker compensation system is something of pride and not something that should be dramatically altered," said Mark Grapentine, Wisconsin Medical Society vice president of government affairs.

In recent legislative sessions, there have been proposals to have government determine reimbursement rates for medical providers who treat injured workers. But setting up a fee schedule hasn't gained traction and a group that recommends changes in state law related to worker's compensation — the Worker’s Compensation Advisory Council — is focusing instead on proposals allowing employers to determine where injured workers get treatment and what benchmark should be used in disputes over medical prices.

A national research group has found that the cost of medical treatment for injured workers in Wisconsin is higher than many other states studied by the Workers Compensation Research Institute. But health providers say injured employees get back to work quicker in Wisconsin than most other states because of the quality care they receive.