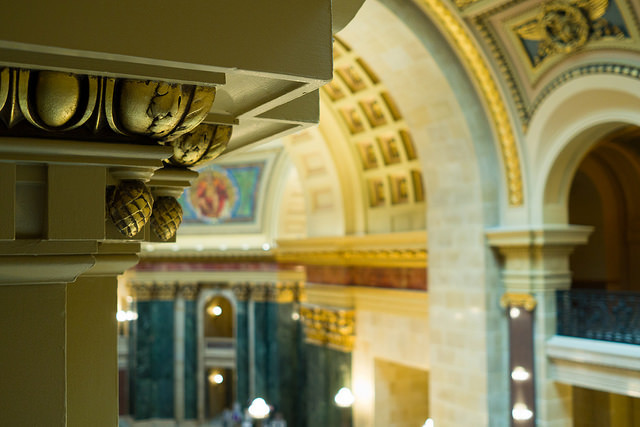 Gov. Scott Walker and state lawmakers would have more money to work with in the next state budget based on the latest revenue estimates by the Legislature’s budget office.

The nonpartisan Legislative Fiscal Bureau projected tax collections over the next three years will be $454.6 million higher than previously predicted. It also found state agencies were on track to spend $226 million less than expected.

The combined effect would leave a projected balance of $427 million in the state’s general fund as the next budget begins. That will make it easier for Walker to fulfill a variety of pledges, ranging from state funding to backfill a proposed University of Wisconsin System tuition cut to a "substantial" increase in public school funding.

"While this is certainly good news, our budget priorities will remain the same," Walker said in a statement. "We will increase funding to public education at all levels, continue tax relief, and reward work."

Walker will likely unveil his budget in February before lawmakers spend the next several months putting their stamp on it.